The Pitch Battles Taking Place Across Wales Every Week . . . And Who's Winning

Postponements, prices and plastic – what’s the state of pitches in Wales? With the winter bringing the state of our sports pitches in to ever sharper focus, Graham Thomas and Paul Batcup provide a snapshot of the current picture in Wales. Anyone familiar with playing community football or rugby at this time of year will know the feeling. The rain falls, the wind howls, and as you peer through your living room window to assess the conditions for the weekend game, your phone pings with a message: “postponed – see you next week.”

Mike Ruddock insists Toby Booth convinced the Ospreys players he was the man to take the region out of its desperate slump. The current Harlequins assistant coach will take in charge at the Liberty Stadium for the start of the 2020/21 season after their long search for a replacement to sacked Allen Clarke came to an end. Ruddock – hired as performance director earlier this season – has revealed that senior Ospreys players were involved in the assessment process and gave their thumbs-up that Booth was the man for the job.

Neil Harris admitted Cardiff City’s play-off hopes have taken a nose-dive after a defeat to Nottingham Forest which ended with Callum Paterson and Leandro Bacuna literally at each other’s throats. The Bluebirds boss insisted there were no serious issues between the pair who clashed at the end of the 1-0 defeat and had to be pulled apart by teammates. Tiago Silva scored the only goal of the game as Harris’ side suffered his first Championship defeat at home since he took over from Neil Warnock in mid-November. The result leaves the Bluebirds six point

The Celtic Dragons began their Vitality Netball Superleague campaign with an agonizing, but encouraging 44-43 defeat to Surrey Storm at the weekend. But despite a huge turnaround in players, former Dragon Suzy Drane tells Graham Thomas she feels optimistic about this season. The Celtic Dragons can overcome the loss of key players and prove themselves a surprise package in netball’s Superleague this season – according to the woman who was once their heartbeat. Suzy Drane – a key player for the Dragons for over a decade and a Wales legend who reached the 100-cap mark last season – believes the team’s youngsters can rise to the challenge created by major change at the club over the past few months.

Hal Robson-Kanu has paid thanks to Slaven Bilic for making him a recall option for Wales again at this year’s Euro 2020 finals. The 30-year-old striker has become the central figure in West Brom’s revitalised promotion surge and underlined his influence for the Championship leaders with two goals in their 3-0 victory at Bristol City at the weekend. The Baggies are now nine points clear of third-placed Fulham after going seven matches without a win at the turn of the year.

Neil Harris Tells Faltering Cardiff City: It's Time To Get Serious About Promotion

Neil Harris has told his Cardiff City players to show they are “serious” about promotion as they begin life without Lee Tomlin on Tuesday night. The Bluebirds manager is demanding a reaction from his side who were beaten 2-0 at Stoke City last weekend, a result which stalled their play-off surge and allowed Swansea City to climb back above them in the Championship. With 12 matches of the season left, Cardiff are six points adrift of the play-off places, giving the visit of fifth-placed Forest a critical feel in the eyes of Harris.

Jeremiah Azu was involved in a dramatic 60m final at the England Athletics age group championships in Sheffield at the weekend. The Cardiff teenager got off to a relatively slow start, but soon got into his stride to challenge Liverpool’s Henry Nwoke for the title with a late dip for the line in a desperately close finish. The commentators initially called Azu as the winner, but it soon became evident no-one could be certain whether the Welshman had retained his title or if Nwoke had just held on to earn the crown. 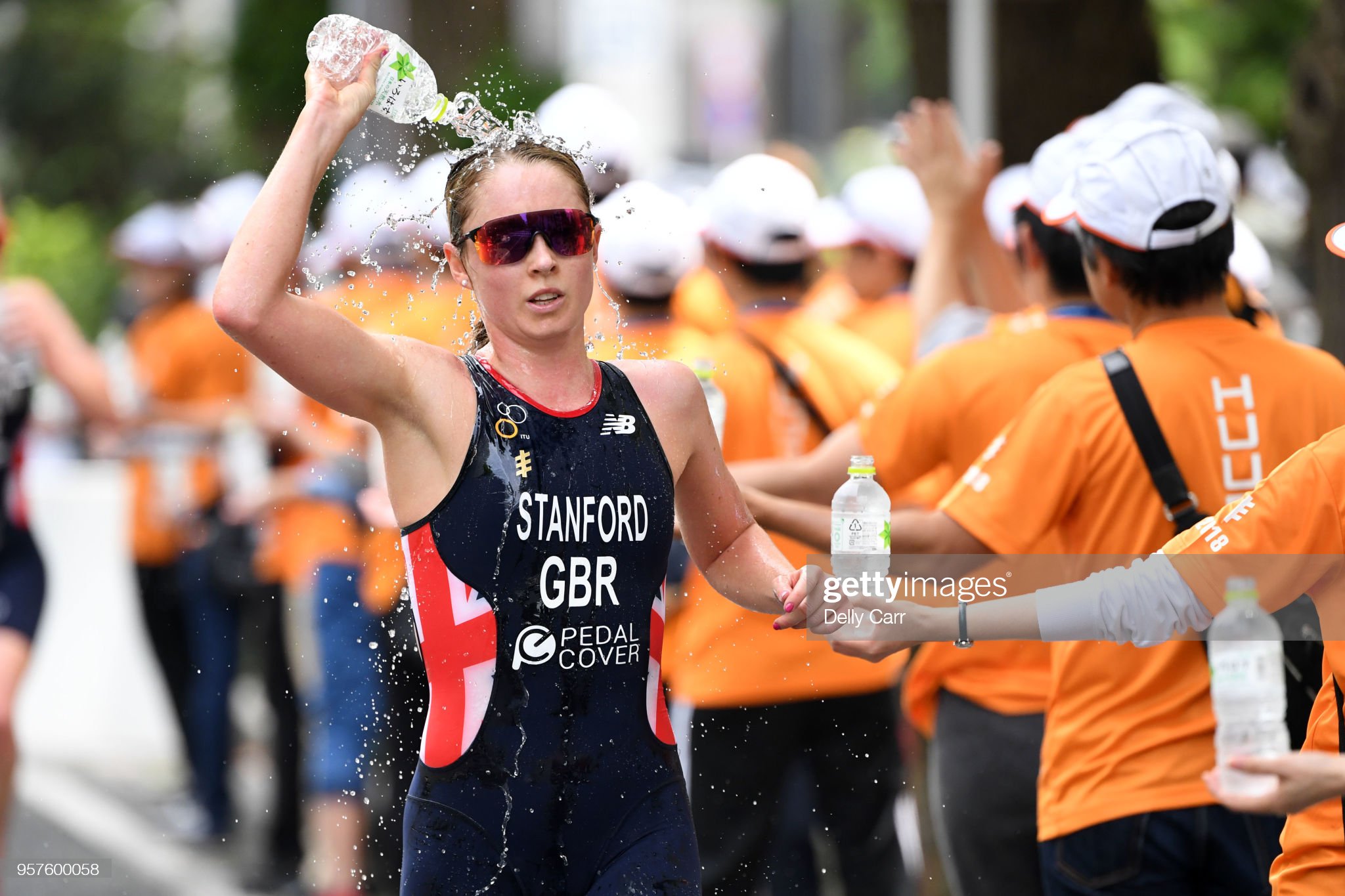 Non Stanford is going to have to set an early alarm call to make it to the triathlon start line at the Tokyo Olympics after organisers re-scheduled the event. The Welsh former world champion is aiming to make the Great Britain squad for next year’s Games in Japan, but will... Read More
5/12/2019Graham ThomasNo commentsDai Games, Dai Tri 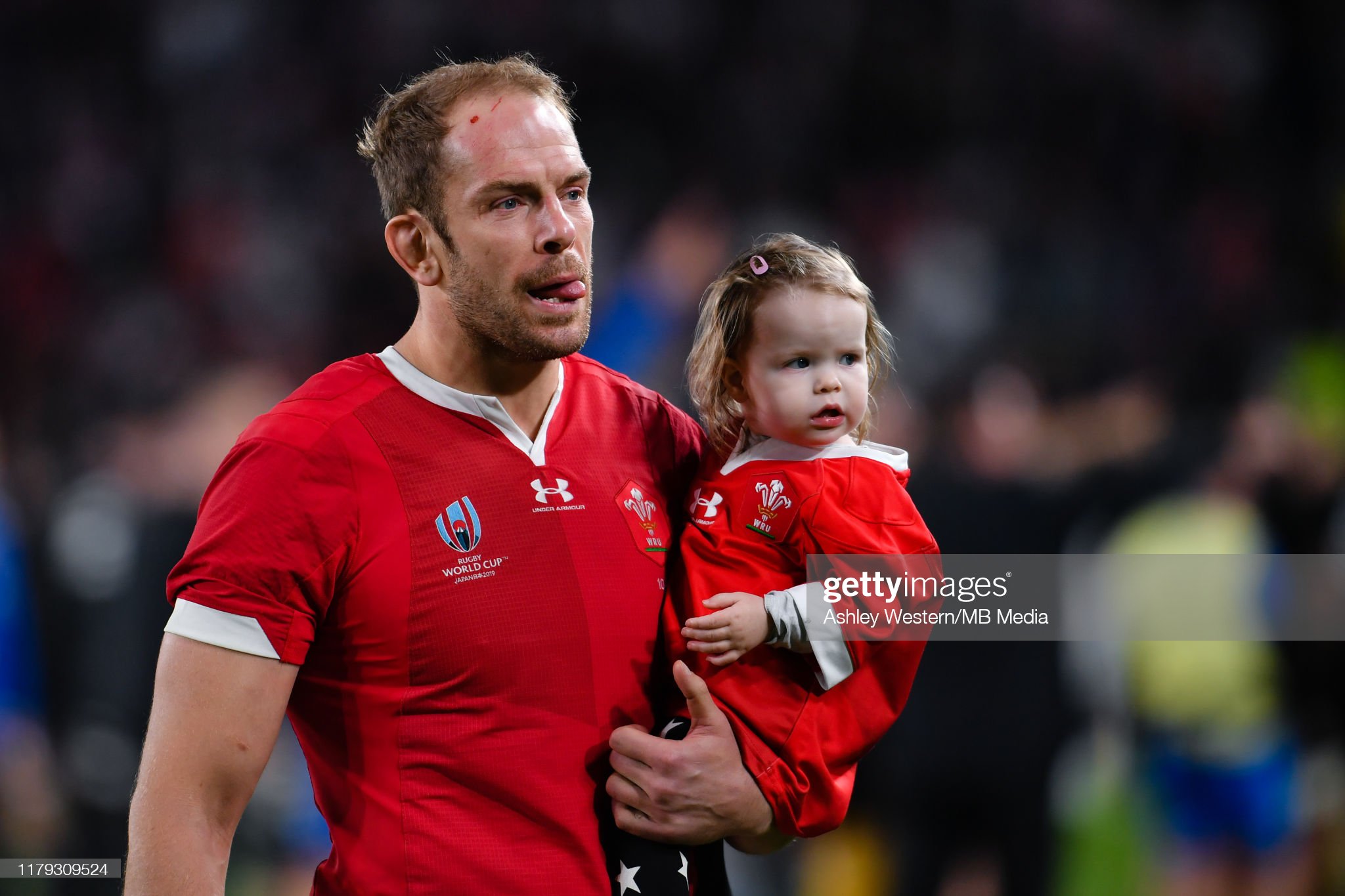 Six Weeks Off . . . Then Alun Wyn Jones Will Be Ready To Rumble Again

Wayne Pivac insists he has no worries that Alun Wyn Jones still has the hunger to lead Wales towards the next World Cup. Jones is heading into his 14th year as a Wales player and at 34, there must be doubts that his longevity can stretch towards another Lions tour... Read More
21/11/2019Graham ThomasNo commentsDai Rug

The Long Goodbye Of Warren Gatland . . . But One Question Is Missing

As Warren Gatland tours the TV and radio studios across the UK and Ireland to promote his autobiography – discussing everything from drug suspicions to the 60-cap eligibility rule – Peter Jackson wishes another topic was being addressed: Why did Wales fail to make the World Cup final? Amid all... Read More
15/11/2019Graham Thomas1 commentDai Rug, Features 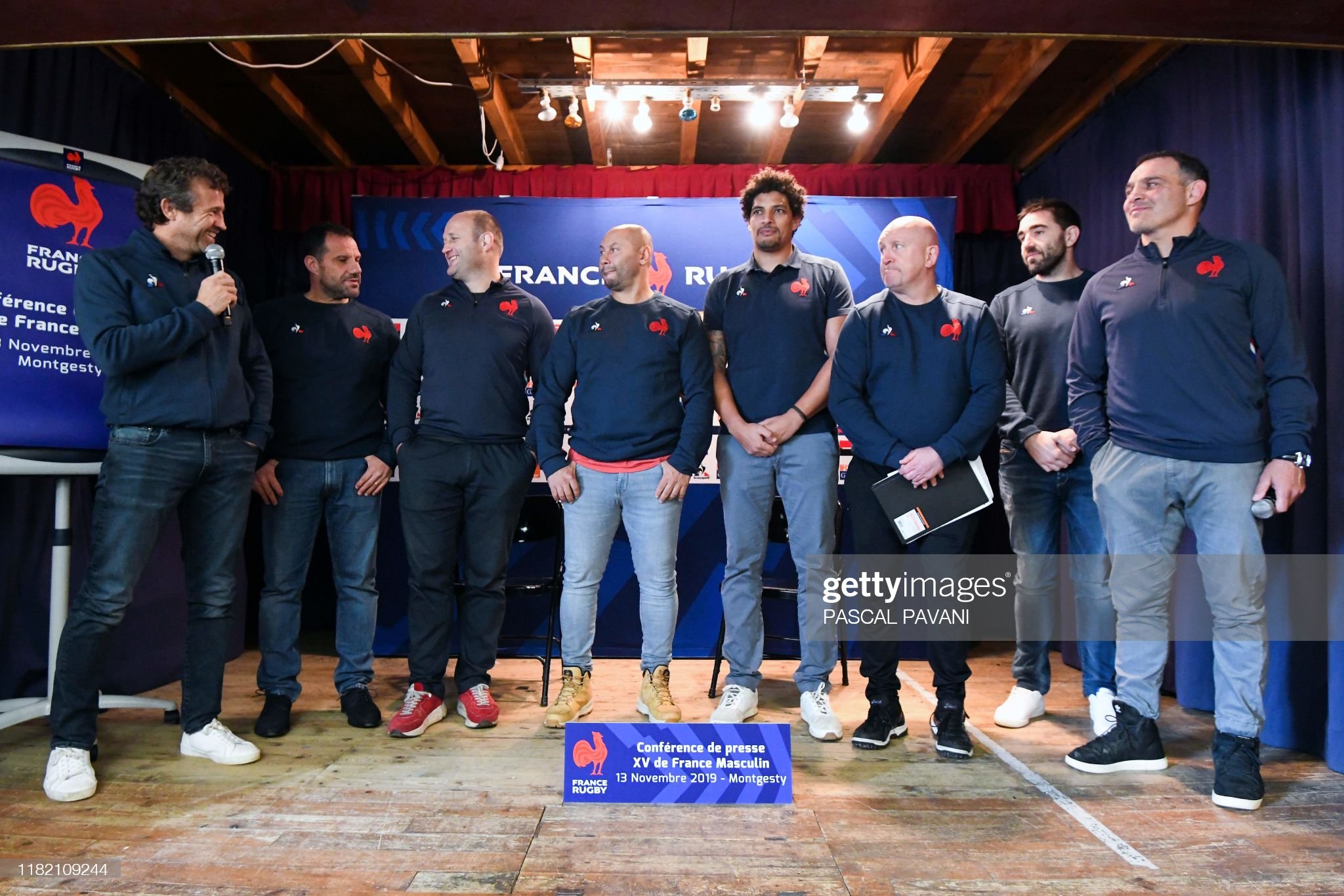 Shaun Edwards has claimed Wales almost blew their World Cup quarter-final against France – the team that are now his new employers. The former Wales defence coach has admitted Wales’ game plan in their quarter-final in Japan – where they sneaked past France, 20-19, before losing to South Africa in... Read More
14/11/2019Graham ThomasNo commentsDai Rug 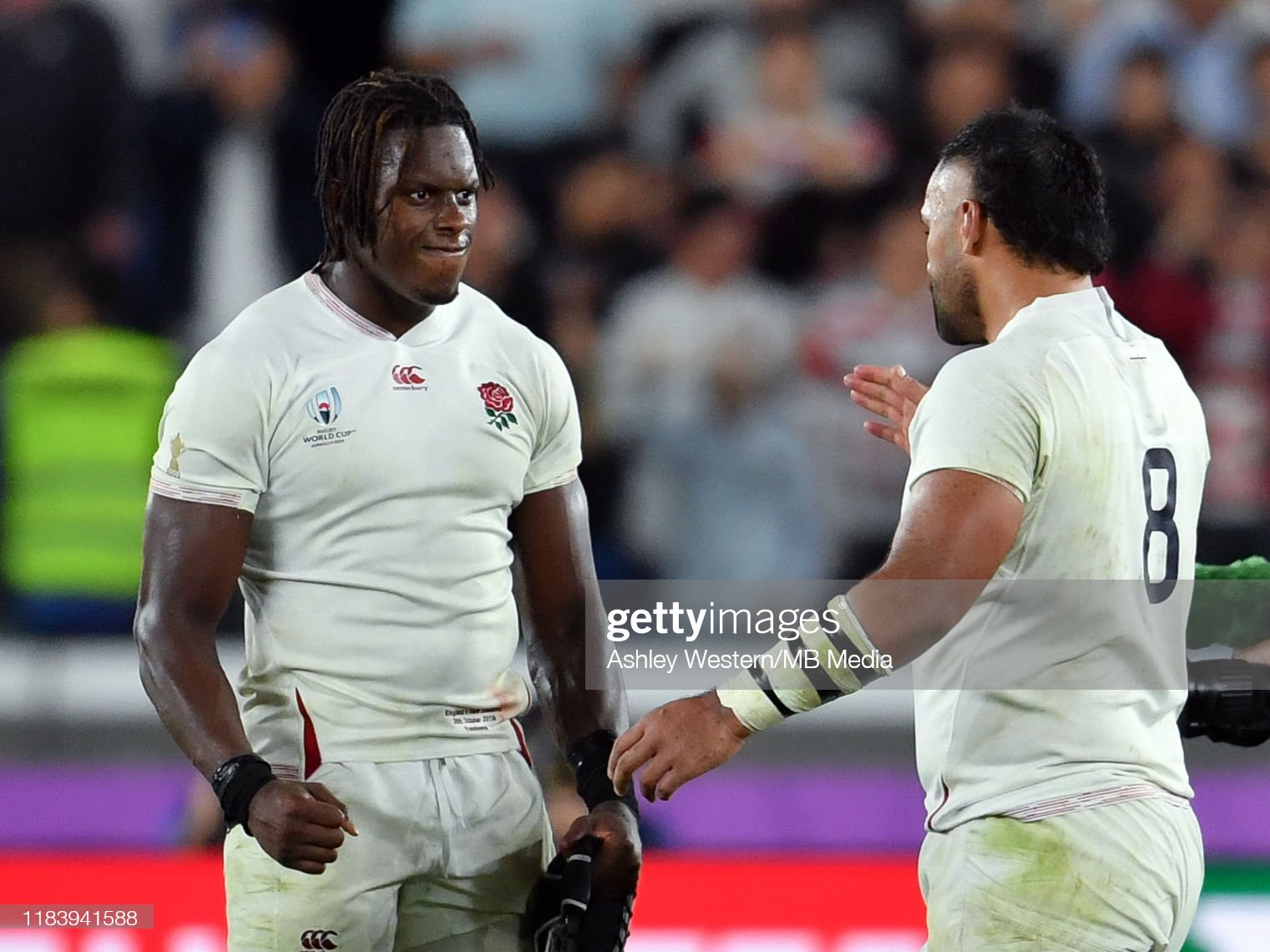 The World Cup Final Will Be Heavy Duty . . . With Wales and New Zealand Feeling The Weight Of Regret

The World Cup is over for Wales and the tournament is down to the final two. Geraint Powell’s money is on England to overcome South Africa, but he still questions whether a different tactical approach from Wales might have got them to Saturday’s showpiece. We always know what is coming... Read More
1/11/2019Graham ThomasNo commentsDai Rug, Features
Load More