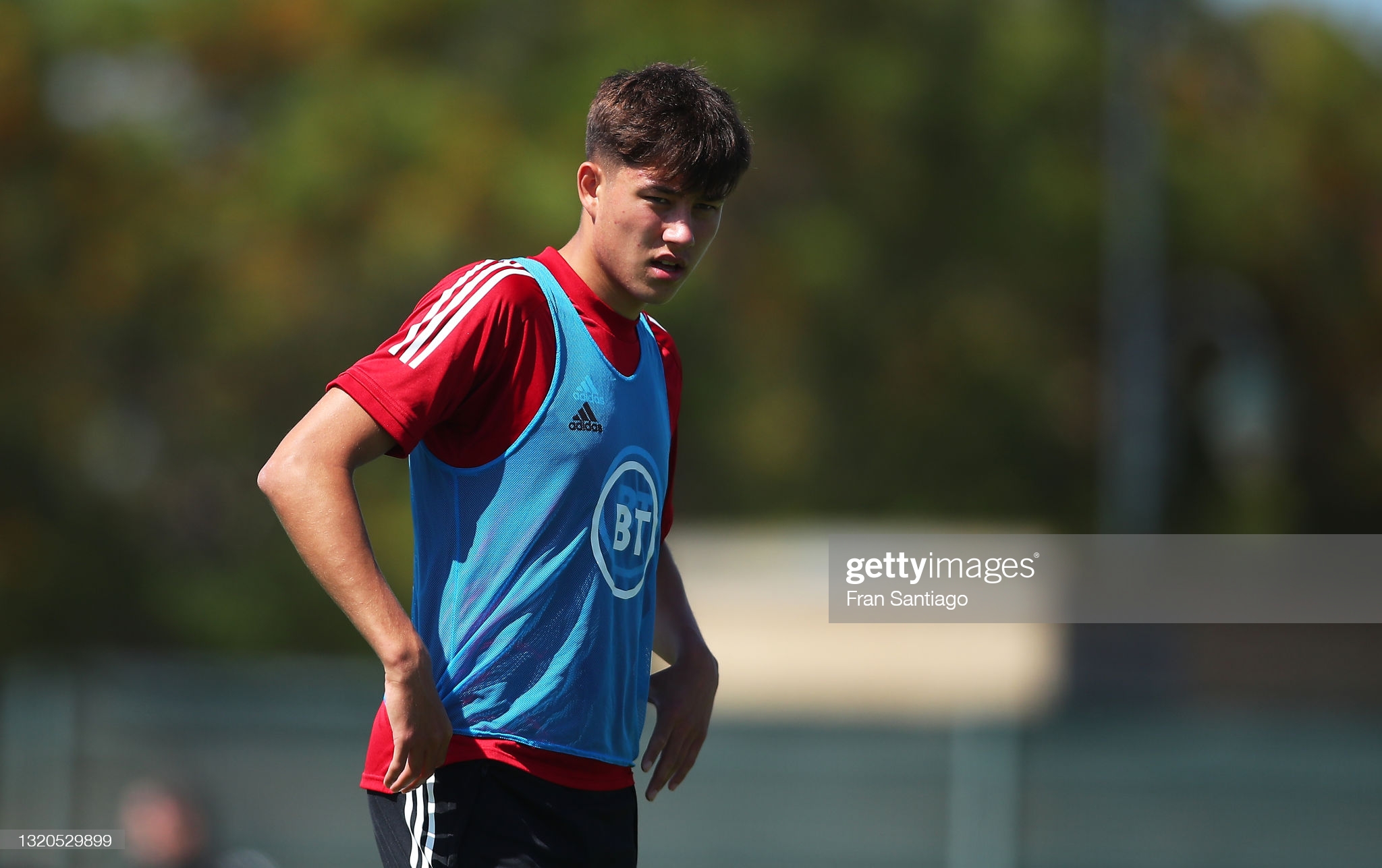 Colwill is the surprise name in a 26-man squad skippered by Gareth Bale and containing the likes of Aaron Ramsey, Daniel James, Ethan Ampadu and Joe Rodon.

But it is the selection of Colwill, who began the season playing academy football and did not make his senior Cardiff debut until February, that will raise the eyebrows.

Neath-born Colwill has made just six Cardiff appearances, with just over three hours under his belt in the Sky Bet Championship for Mick McCarthy’s Bluebirds.

“He’s been a breath of fresh air since he’s come in,” said caretaker manager Robert Page of Colwill.

“He really impressed me. He’s got presence, he’s got something we have not got in the middle of the park as well.

“He can play off the right, play as a 10 and he can play in midfield so that’s a bonus when we were looking to pick a squad.

“He blew us all away with how he was and how he conducted himself. He’s a top professional already and a great lad to have around the place.”

As expected, Hal Robson-Kanu – released by West Brom last week – missed out after being left out of the recent training camp.

Page will take charge of Wales in Ryan Giggs’ absence as they bid to emerge from Group A at this summer’s tournament and reach the knockout stages again after progressing to the last four in 2016 under Chris Coleman.

Gareth Bale, who scored six times in seven appearances during Tottenham’s run-in at the end of his loan spell at the club from Real Madrid, will captain the squad.

Wales start their Euro 2020 campaign against Switzerland in Baku on June 12 before playing Turkey in the Azerbaijani capital four days later. They complete their Group A fixtures against Italy in Rome on June 20.