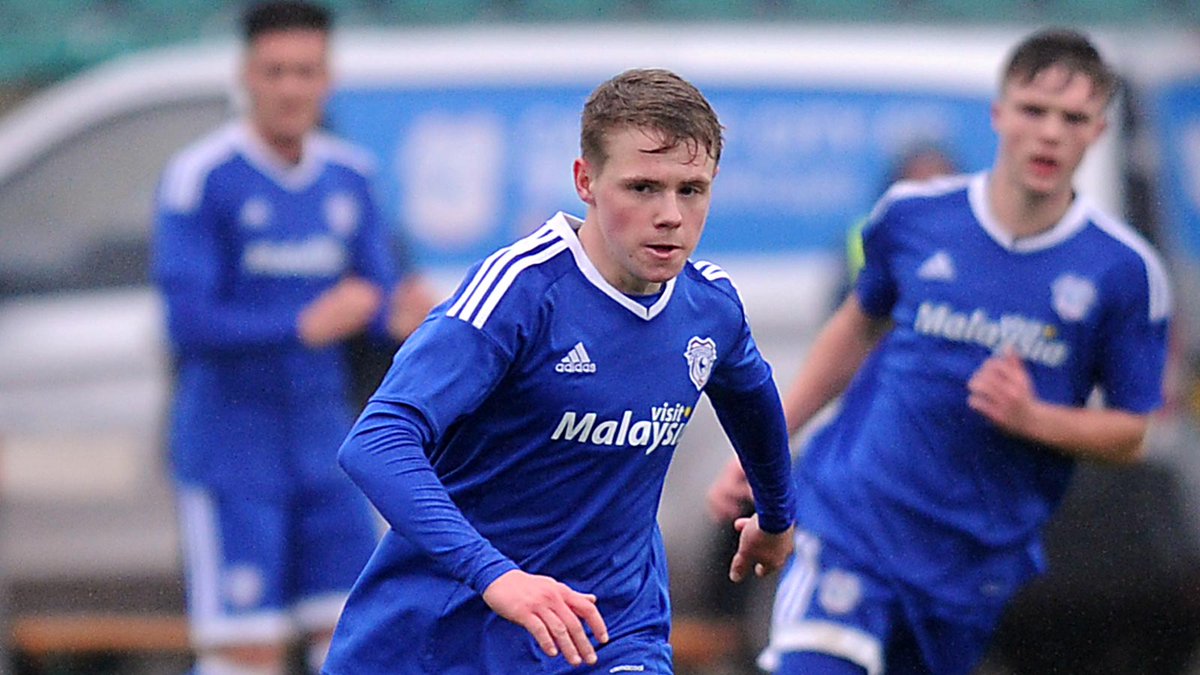 James Waite, a Welsh teenager with bags of ability, made the step up to Bluebirds first team football in South Yorkshire last night.

More than 200 City fans travelled to the New York Stadium and Waite, one of the brightest prospects at under-23 level, made the most of his opportunity during a 2-1 Cardiff City defeat.

Manager Neil Warnock watched Waite in action during development team matches in the South West last week and was impressed by the tenacious, all-action midfield player.

Versatile teenager Waite can play anywhere across midfield or in attack, while he has good technical ability and an outstanding attitude.

He is small in stature, around 5ft 6ins tall, but that helps with balance and he is able to wrongful opponents with his movement and tricks.

City were already a goal in front when Waite helped set Kenneth Zohore free, playing his part in a flowing build-up before Bobby Reid whipped in an accurate cross.

It looked a certain goal, but Zohore failed to get a touch in front of the net.

Waite slotted into Warnock’s team seamlessly, linking with Ralls and Reid in particular, before being replaced by Aron Gunnarsson at half-time.

Cardiff went ahead when Greg Cunningham’s dangerous cross was not dealt with by Welsh goalkeeper Lewis Price, who could only parry the ball against Josh Murphy.

It was a simple task for Murphy to tap into an empty net after 13 minutes.

Rotherham equalised when Matt Palmer lost two defenders inside the penalty area thanks to a well-timed run and was unmarked when he headed Jon Taylor’s cross into the net.

Goalkeeper Neil Etheridge had no chance, but he was upset at the time and space Palmer was allowed.

Cardiff, playing in all blue, had two penalty appeals turned down in one incident when substitute Nathaniel Mendez-Laing was fouled by Sean Raggett, who also handled as he pulled the Bluebirds man back.

Warnock had strong words with the fourth official and he seemed to have a strong point.

The incident proved crucial. Rotherham went 2-1 ahead after 78 minutes when Michael Smith fired home from outside the penalty area, sending a curling shot past Alex Smithies.

Once again Bluebirds’ defenders failed to close down the space and allowed Smith far too much time.

This was Cardiff’s first defeat in four pre-season matches, having earned two thumping wins – 6-0 at Tavistock and 11-1 against Bodmin – before drawing 1-1 at Torquay United.

Rotherham are the best opposition they have played so and far and it was a below par display from Cardiff.

The Bluebirds set up in a 3-5-2 system with Jazz Richards and Joe Bennett filling the full-back roles either side of captain Sean Morrison, Bruno Manga and Greg Cunningham.

Kenneth Zohore, playing alongside Murphy in attack and marked by former Cardiff defender Semi Ajayi, struggled to find space in attack and made way for substitute Gary Madine after an hour.

City made four changes for the second half, sending on Alex Smithies, Aron Gunnarsson, Sol Bamba and Junior Hoilett, switching to a back four with Manga and Cunningham the full-backs.

The result was that City lacked the fluency they found in the first half and Rotherham were able to snatch a win.

The final Cardiff change came when Kadeem Harris took over from Bobby Reid and the winger looked sharp and dangerous during the final 20 minutes.

Harris opened up Rotherham’s back four with a lovely run and cross, but Madine’s header was saved.

Danny Ward was not in the City squad at Rotherham with Warnock’s coaching staff staying cautious after he was kicked on a knee at Torquay last Friday.