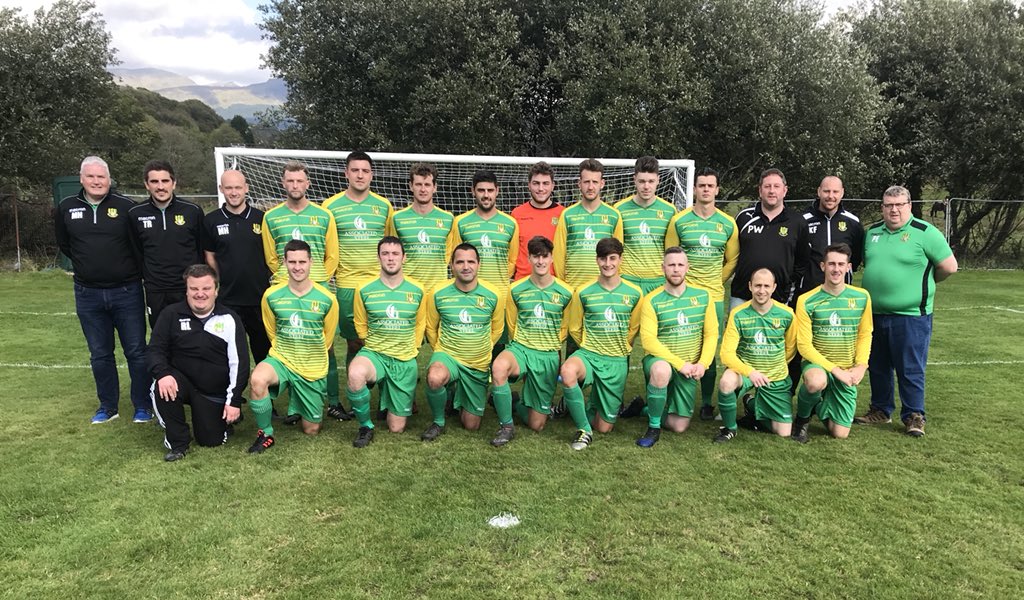 Coedpoeth United are the talk of Welsh football.

The Welsh National League Division One team earned an outstanding result in the JD Sports Welsh Cup, beating Penrhyndeudraeth 4-2 thanks to Curt Griffiths (2) and Nathan Jones (2).

Wrexham club Coedpoeth failed to win in 28 fixtures last season but they are through to the first round.

Tweets from within and around the club hailed Coedpoeth’s victory, saying: “Sensational. Superb. Stunning. Not any single superlative can sum up the ‘Poeth performance!

Sensational. Superb. Stunning. Not any single superlative can sum up the ‘Poeth performance today!

See you in the First Round of the JD Welsh Cup. #JDWelshCup

“After 4 years of getting our backsides handed to us, this win was for the lads who stuck by the club throughout. Coedpoeth United, you were outstanding! @CoedpoethUtdFC

“After the best day in while for the ‘Poeth all our youth teams came out on top in their North East Wales FA cup ties.”

The club’s successful weekend was completed when their under-19 team defeated Rhydymwyn 3-0 in a Queensferry Sports  Junior League fixture at the ‏Mornflakes Mighty Oats Ground.

A full house for ‘Poeth over two days.

The reward for their first team is a Welsh Cup first round clash with Ruthin, who will travel to the Penygelli Playing Fields on Saturday, October 20.

Coedpoeth’s young squad have earned one win in the Alliance this season after being relegated from Premier football in 2017-18, while their cup victory has lifted everybody at the club.

They came from behind to beat Penrhyndeudraeth, leading 2-1 at half-time thanks to a Griffiths double.

Jones completed their second with a double of his own to complete the scoring and manager Karl Fenlon said: “Chuffed is an understatement.”

Coedpoeth now face Ruthin, who play two tiers above them, at home in what will be a massive test and another big day for the club.

Caldicot Town won 2-0 against Merthyr Saints. Ben Smith converted a penalty after eight minutes following a foul on Harry Shelley and Sam Swann added the second. Simon Truman played a ball over the top of the Saints defence and Swann finished clinically.

Welsh Cup 2nd preliminary round @CaldicotTownAFC v @merthyrsaints and Town go 1-0 up after 8 minutes through @Ben___Smith penalty (yes we scored a pen!) after Harry Shelly was fouled pic.twitter.com/bTLI5gsXdz

Owen Llewellyn and Jordan Hill scored second half goals for the Crows, who have earned seven wins and a draw from their last eight Welsh League and cup fixtures.

Dan Jenkins and Kofi Levi-Rowe combined to set Llewellyn for a simple finish, while Hill added the second after Llewellyn’s initial shot was parried.

The Kingfishers ent ahead when Ford scored, while Wattsville hit back to equalise. Ross converted a penalty to put Monmouth 2-1 ahead and that was the half-time score.

Wattsville recovered again soon after half-time and at 2-2 the tie was again in the balance.

Ross went one-on-one with the goalkeeper to add Monmouth’s third and Greaney fired home from close range to complete the scoring.

Draconians pressed hard in the closing stages, but Sully held on the claim their place in the second round.

Llandudno Amateurs, who play in the Vale of Clwyd and Conwy Premier Division, earned a shock win against Flintshire club Greenfield in the second qualifying round.

Welsh Alliance Division One team Greenfield were expected to progress, but Amateurs produced an outstanding performance and won 5-2 thanks to goals from Martin Hughes (2), Aidan Bell, Steve Kirk and Joe Jones.

Albion fell two goals behind when Corey Smart and Richie Jones scored, but hit back to emerge 3-2 winners.

Rhydymwyn, who play in Welsh National League Division One, went through after a penalty shootout.

We have been drawn away in the JD Welsh Cup against Welsh League Div 3 side @PantegAFC . Tie to be played on weekend of Oct 19/21. We look forward to visiting Panteg House Sportsgrounds.

The score was 2-2 when the match was decided by spot-kicks and Rhydymwyn won the shootout against Llandyrnog United 3-2.

Goalkeeper Sam Thomas saved three penalties in the shoot-out and that proved the difference.

Villa then won 4-2 after spot-kicks. Benn Lundstram (2) and Dan Hughes netted for home team Penmaenmawr during the 120 minutes, while Steven Orsler, Jack Leonard-Gill and Rambaldi replied.

New signing @_lewistudor introduced himself to the lads before his winning debut today 🎤 #UTFY pic.twitter.com/Kf9cznCfJa

Four-goal Sam Henry led Corwen to a 4-0 win against Lex, while Brickfield Rangers powered to a 5-0 victory at Llanrwst United with Alan Bull (2), Liam Sklenar, Joe Garner and Lee McBurney the marksmen.

Rhyl have landed a tricky away tie at Conwy Borough in the JD Welsh Cup first round.

The Lillywhites have a rich tradition in this competition, having won the trophy four times and finished runner-up four times.

In 1926-27 the Bluebirds won the FA Cup, beating Arsenal 1-0 at Wembley Stadium, and secured a unique double by adding the Welsh Cup. Cardiff defeated Rhyl 2-0 at the Racecourse, Wrexham with Len Davies and Sam Irving on target.

Manager Eddie May and his City team won the Division Three title on 1992-93 and added the Welsh Cup, beating Rhyl 5-0 at the National Stadium in Cardiff.

Phil Stant fired a hat-trick and Cohen Griffith two in front of 16,443 spectators.

Rhyl’s next Welsh Cup test in this season’s competition is a first round tie against Huws Gray Alliance Conwy Borough, who won the Welsh Alliance title plus the FAW Trophy and Cookson Cup last season.

The draw for the First Round of this season’s JD Welsh Cup was made at the FAW headquarters in Cardiff.

A number of intriguing ties were thrown up, as the 32 clubs playing at tier two level enter the competition.

Four of those sides from the north were drawn together, with Conwy Borough hosting Rhyl and Llanrhaeadr-Ym-Mochnant, winners against JD Welsh Premier League side Cefn Druids last season in the third round, will host Flint Town United.

Fifth tier Llandudno Amateurs, who play in the Vale of Clwyd and Conwy Premier Division, were rewarded for beating third tier side Greenfield with a home tie against another Welsh Alliance side, Nantlle Vale.

There will be at least one fifth tier team in the second round draw after South Wales Alliance League Premier sides Sully Sports and Brecon Corries were paired together.

Meanwhile, two sides from the league below, Blaenrhondda and Cornelly United, were drawn away at Garden Village and Treharris Athletic Western respectively.

STM Sports have a home tie against Haverfordwest County, and former Welsh Premier League champions Cwmbran Town are at home against Afan Lido.