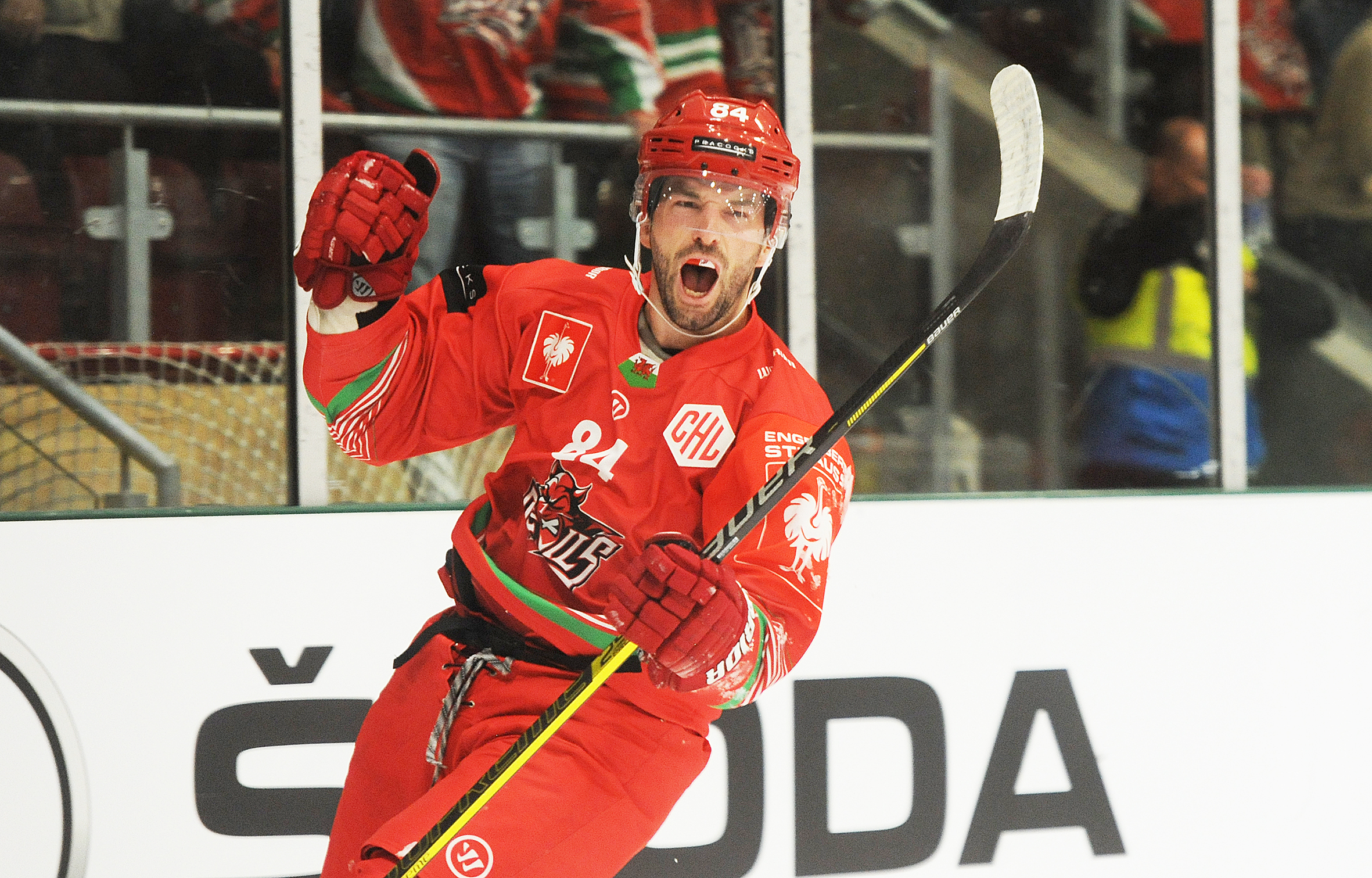 Hedden has scored three goals and added an assist in four group fixtures for Devils and he is level with Vaxjo’s leading marksman Austin Ortega, a 24-year-old Californian.

Ortega, who also has three goals and four points, played American League hockey for San Diego Gulls and Utah Grizzlies before heading to Sweden at the start of this season.

Both players are among the top 20 scorers in CHL, a list led by Red Bull Munich’s Trevor Parkes, a Canadian who has six goals and two assists.

Devils are in a position where they cannot qualify for the knockout stages, but they do have a key role in their group.

Head coach Andrew Lord and his Devils won twice in six CHL fixtures last season and are in Sweden aiming to earn their first away win in the competition.

If Lakers drop any points against Devils it would see them crash out and that ensure the home side will produce a team performance full of intensity.

An overtime home loss to SC Bern is all the Devils have to show for their efforts, despite running both the Swiss giants and Austria’s Red Bull Salzburg close.

“If we get some timely scoring, we could be in good shape,” says an upbeat Lord, whose team are at home against Lakers at Ice Arena Wales on Tuesday, October 16.

The Devils players flew into Copenhagen, Denmark on Monday before boarding their team coach to go across the Oresund Bridge into Sweden and then on to Vaxjo via Malmo.

Captain Jake Morissette and the Devils should be given a warm welcome in Sweden.

I went there with Cardiff City on a pre-season tour in 2003, when manager Lennie Lawrence and his newly-promoted team played both Copenhagen and Malmo.

Eight years earlier, in 1995, I was in Sweden with Brian Clough’s Nottingham Forest for a Uefa Cup tie which the home team Malmo won 2-1.

Outside of the UK it will be streamed on the Champions Hockey League website.