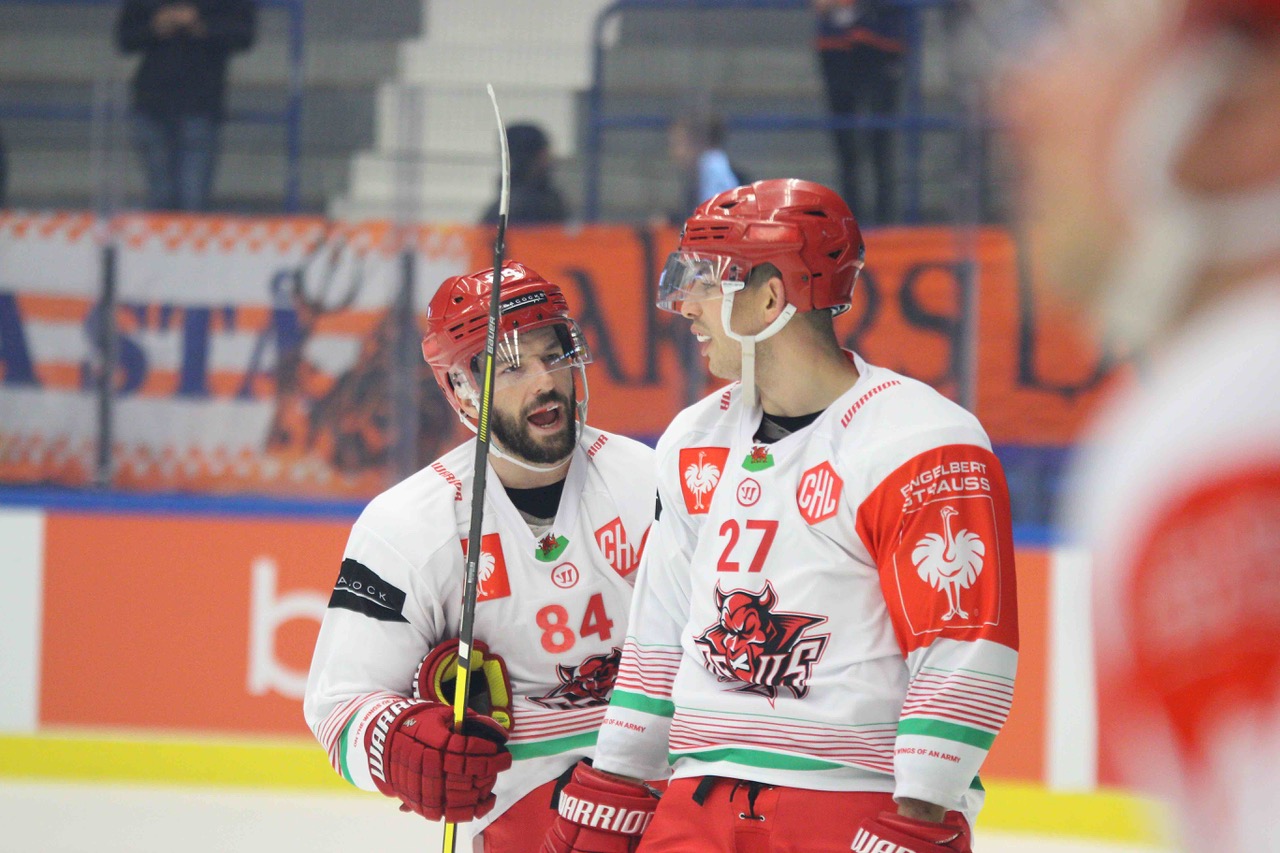 Cardiff Devils are desperately close to being genuine contenders to qualify for the Champions Hockey League last 32.

They won’t make it through the groups this season, but the reigning Elite League champions are close to taking that next step.

Devils lost 3-1 against Vaxjo Lakers in Sweden on Tuesday, but are incredibly close to making a major impact in Europe.

Swedish champions Lakers had to win if they were to keep their hopes of going into the knockout stages alive, but they were made to work every step of the way in front of more than 4,000 spectators.

With less than a minute left Lakers were clinging on to a 2-1 lead earned by a breakaway, shorthanded goal in the first period.

Goalie Ben Bowns stopped 32 of the 25 Lakers’ shots on target and Devils, once again, were left frustrated by a defeat they scarcely deserved.

They have earned one point from five group fixtures – an overtime loss against SC Bern – and have run all three of their group rivals close.

Devils won against Lakers at Ice Arena Wales in the CHL last season and were only edged out 3-2 at the Vida Arena in Sweden.

Cardiff struck first when Mike Hedden broke and left Vaxjo D-men gasping with a fluent break sent him through. Hedden faked out goalie netminder Viktor Andrén and slipped his shot through the five hole to score.

That came after eight minutes 33 seconds and it took a brilliant solo goal to level the goals when Pontus Netterberg skated in from the left and went across the front of Bowns’ net before finding the net (10-00).

Lakers fired a shorthanded goal when Brendan Shinnimin powered forward when Devils lost possession and fired into the corner. Goalie Bowns almost saved it, but the puck flew off his glove and just inside a post.

That completed the first period scoring and the middle 20 minutes were goalless.

Devils battled on and had their chance when Netterberg was penalised 2+2 for boarding.

Those four minutes were crucial and the home team hung on to their advantage with Matt Pope and Joey Haddad going closest to levelling the scores.

Erik Josefsson produced outstanding work on D for Lakers when he denied Haddad a tap-in at the back post.

When the game went into the last minute Devils were still looking for the goal that would face overtime and put Lakers out of the competition.

But Vegas Golden Knights prospect Jonas Røndberg fired a quick one time shot to give the Lakers an insurance maker with less than a minute to go (59-09).

Now Vaxjo need help from SC Bern, who have already qualified for the next stage. If Red Bull Salzburg earn even a single point in the clash with Bern on Wednesday but will be enough to stop Lakers going any further.

The final CHL group fixture for Devils is against Vaxjo Lakers at Ice Arena Wales in Cardiff Bay next Tuesday (7.30pm).