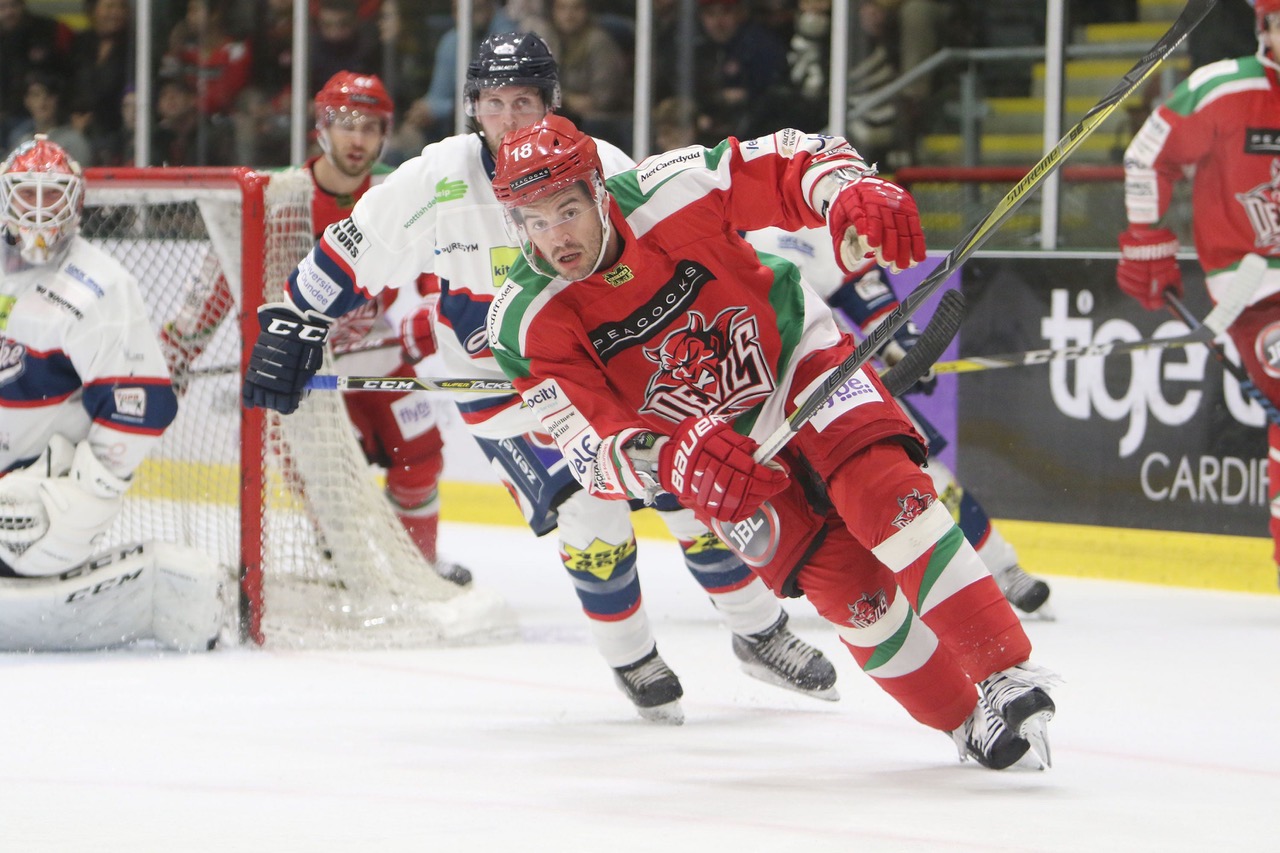 Layne Ulmer was back in the Cardiff Devils team after completing a three-match suspension. Pic: Helen Brabon.

Cardiff Devils are in the groove and aiming for more trophies.

They have played 10 Elite League and cup matches this season, scoring 45 goals and conceding 18.

Devils hit back from 2-1 down after the first period to win at Ice Arena Wales, scoring three goals in the final period to beat Dundee Stars 5-2 in a League clash.

Devils were flying right from the drop of the puck and dominated the opening shift Martin after just 53 seconds linemates Matt Pope and Sean Bentivoglio assisting.

At four minutes 34 seconds the visitors hit back through Connor Cox, who pounced on a rebound from goalie Ben Bowns to blast his shot into the Devils net and make it 1-1.

Dundee took the lead at 18-01 when Lukas Lundvald skated around the net and fired short side, top shelf to beat Bowns. Stars led 2-1 after the first period.

The lone goal of the middle period came from Devils to tie the game at 24-15. Bentivoglio found Blood powering to the net and the D-man fired between the legs of goalie Pontus Sjorgen to make it 2-2.

The Devils took a 3-2 lead at 43:42 when Mike Hedden finished off a perfect cross ice pass from Charlie Linglet then Mark Louis made it 4-2 after Layne Ulmer shook off a Stars defender and found the defenceman at the side who buried it past Sjorgen to extend the Devils lead to two.

To find the best places to park – CLICK HERE