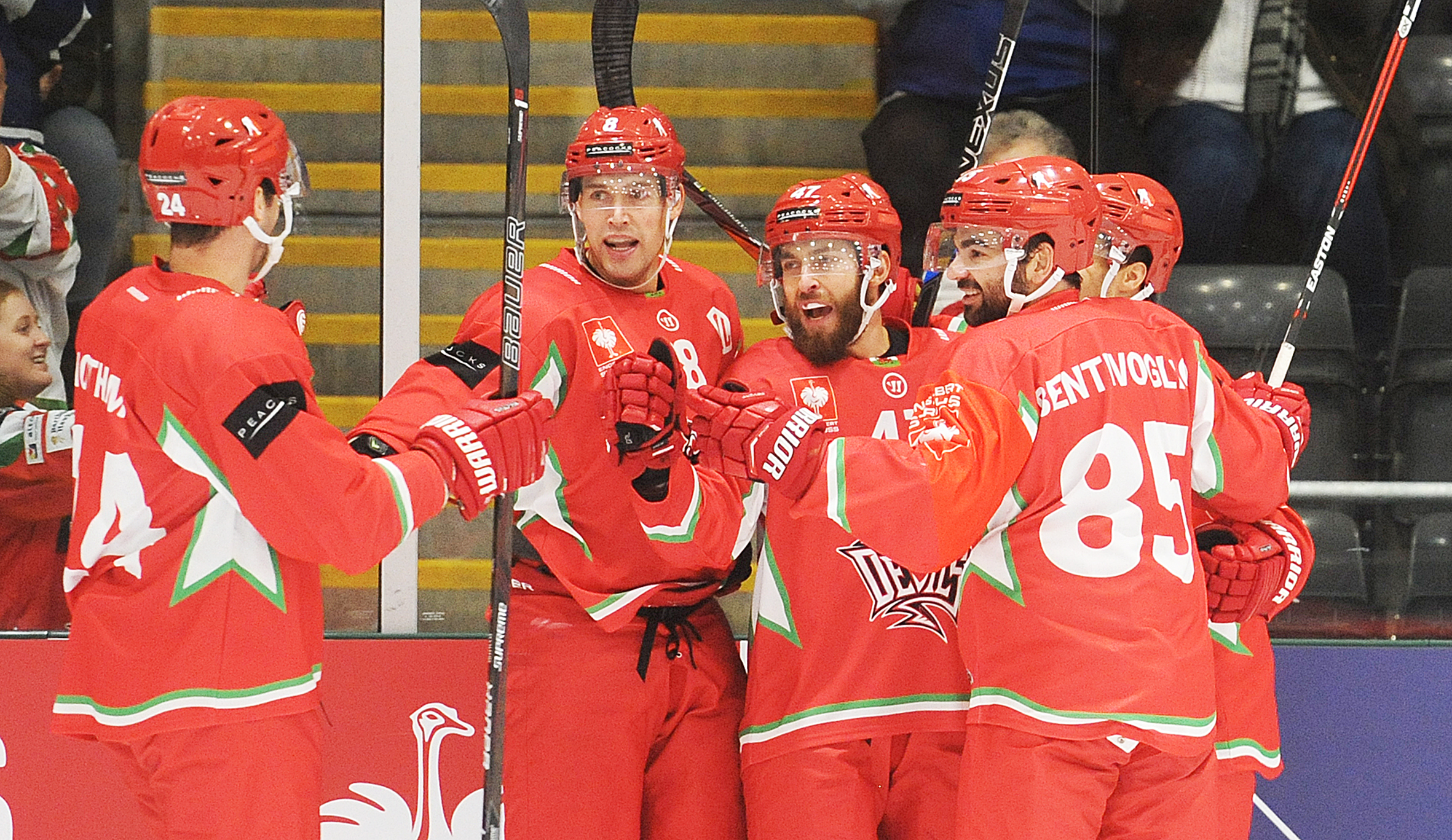 Group G in this season’s Champions Hockey League might appear to be a foregone conclusion, but for Cardiff Devils every minute on the ice against top European opposition is an opportunity to learn and push themselves on towards the next level (writes Matthew Burgess).

Swedish heavyweights Vaxjo Lakers, losing CHL finalists last season and current SHL champions, are in Cardiff Bay tonight for the conclusion of the Devils’ European commitments for this season.

After seeing off the Devils 3-1 in Sweden last week, Vaxjo found themselves eliminated from the competition the following night when Red Bull Salzburg and SC Bern rubber stamped their places in the knockout stage.

Cardiff Devils have one point in Group G – recorded from their shootout defeat to Bern – but it would be unfair to consider the team’s European campaign a failure.

Competing against teams from far more established leagues and on considerably larger budgets, it’s been hugely encouraging to see that the Devils have been competitive in all five games this season.

Against a Vaxjo Lakers team needing to win to keep their qualification hopes intact, it took a late goal in the third period for the Swedes to take a two-goal lead.

In Bern against the group leaders, the Devils got themselves in front twice, before coming away empty-handed with an eventual 3-2 loss.

Three goals in the first period of the opening game against Salzburg in Ice Arena Wales left the Devils with an uphill struggle, but they managed to pull two goals back in a 5-2 defeat.

Happy birthday to ☝️ @benti1414 who is 33 today 🎁🎈🎂 #HappyBirthdayBenti pic.twitter.com/FvhzcFyLHe

Again, when you factor in that the team were playing their very first competitive game of the season against one of the strongest teams on the continent, the result become understandable.

The likes of the 10-1 mauling suffered in the CHL a year ago are hopefully now consigned to history. Andrew Lord’s team are now equipped with the understanding of the different style of hockey and performance levels required to compete at this level, and what’s more, they’re starting to slowly do it and the top European hockey clubs are taking British teams seriously.

The Devils head into this final CHL game of the season looking to match last season’s record of one win.

That sole 5-1 victory (perhaps the best performance in the team’s history?) came against tonight’s opponents, Vaxjo. If history repeats itself then this season’s Champions Hockey League campaign can definitely be considered a success with the Devils setting themselves a new benchmark.

Tickets are available for tonight’s game via the official site here.