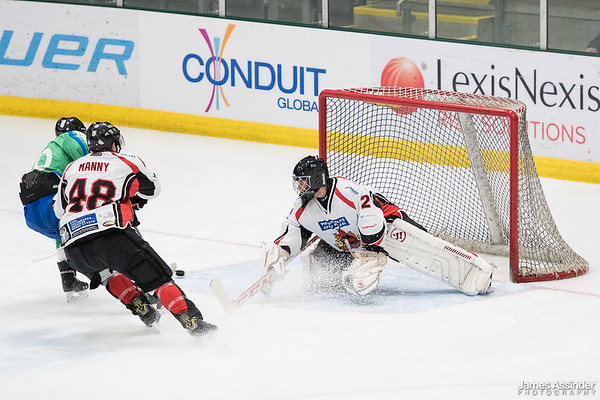 Player-coach Chris Douglas and his team take on Basingstoke Buffalo away on Saturday before entertaining Swindon Wildcats in Cardiff Bay the next evening.

Buffalo and Wildcats are both below Fire in the NIHL Two South table – and the Cardiff team have had a big week of training.

Assistant coaches Phil Manny and Mark Smith have worked alongside Douglas in their quest to find a winning momentum.

Fire travelled with only 15 players when they took on Solent Devils in Gosport last time out and two of those were net minders James Whiting and Douglas.

The Cardiff skaters battled against a Solent team who had four extra skaters than their visitors. Fire were trailing 1-0 after the first period – a powerplay effort by Alex Trendall inside the first five minutes – but they tired and could not cope with the extra manpower.

Douglas hopes to have players returning to action against Buffalo and Wildcats, helping Fire to step up their push for a play-offs slot.

The addition of former Guildford player Cameron Basnett, a 22-year-old defenceman, has been a plus for Fire, while Swedish D-man Viktor Langseth is another key player.

The highly experienced Phil Manny was Fire captain during their 8-0 defeat against Solent in the absence of Alan Armour, who will add depth to the team when he returns.

Ross Wilkinson was missing at Solent after taking a bang to the head against Klee Valley Lions which led to him being checked over in hospital, but should be able to return soon.

Cardiff Fire take on Basingstoke Buffalo away this Saturday (6.16pm) before Swindon Wildcats visit the Viola Arena in Cardiff Bay on Sunday (6pm).

GB meet hosts Estonia plus Korea, Lithuania, Romania and Spain between January 13 and January 19 at the Tondiraba Ice Hall.