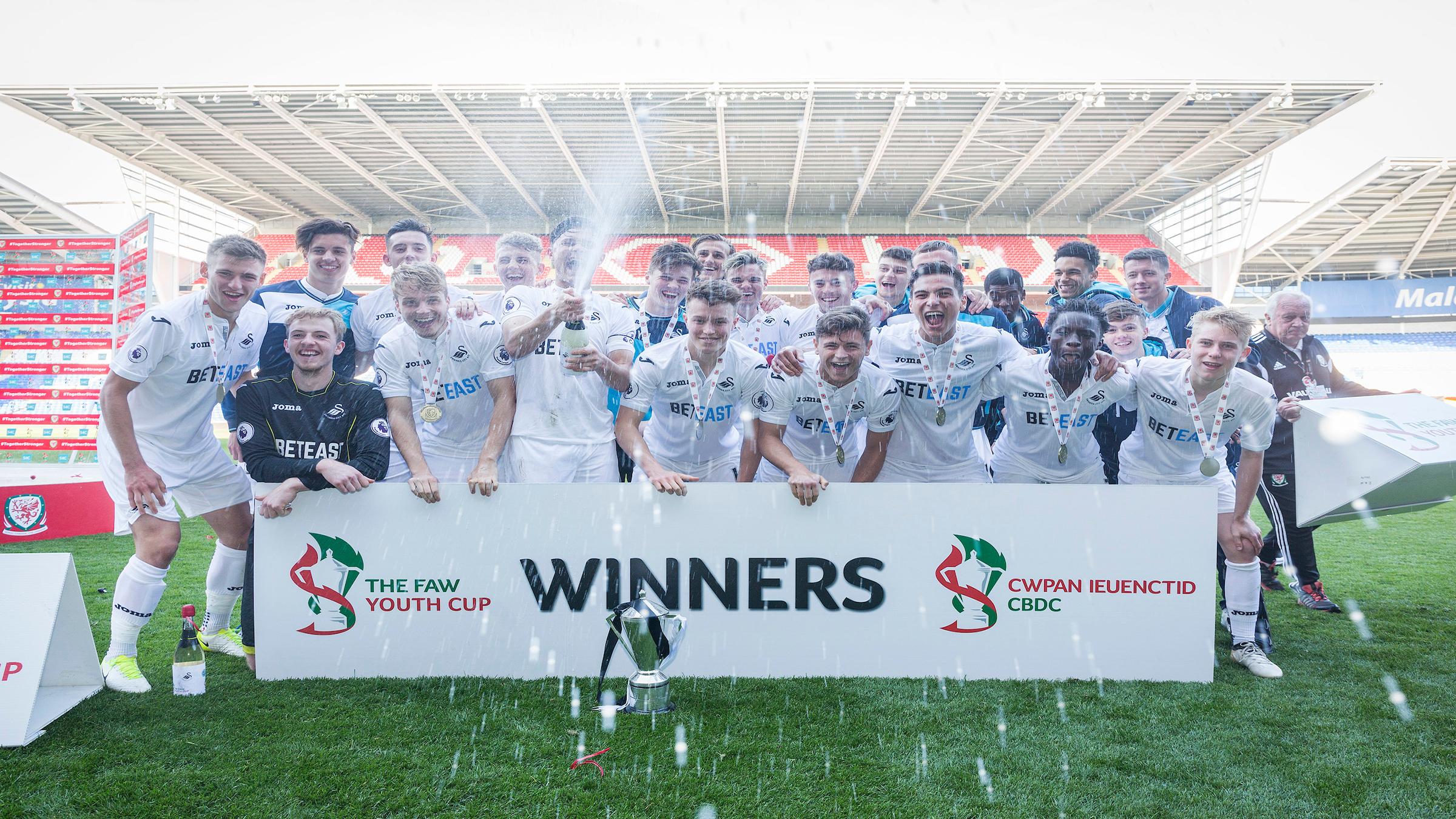 Llandudno swept into the FAW Youth Cup quarter-finals thanks to a 4-2 win against Connah’s Quay Nomads away.

Their reward in a long trip to play Cardiff Met, who were 6-1 winners at Risca United.

Goals from Osian Jones (2), Joe Carey, and Aron Hughes were enough to put safely through to the quarter-finals.

Four goals in 15 minutes were shared between the two teams, but Nomads had Conor Harwood and Ben Leeman sent off either side of two more Llandudno goals.

“The win is a big lift for everyone,” said manager Mark Orme. “It was great for the lads to earn a win their efforts deserved, especially against such a good side as Nomads.”

This is third successive season Llandudno have qualified for the last eight and Orme says: “It shows the promise. Seven of our squad are first years and we only have two third year players.

“There is plenty of room for the boys to continue to develop as a team and as individuals.”

Under-19 players Telor Wiliams, Osian Jones and Aron Hughes have been on the fringes of the club’s first team this season, while 16-year-old goalkeeper Elliott Jarvis is another top prospect.

Cefn Druids are also through after their 3-1 derby success against Brickfield Rangers.

Kai Jackson’s opener for Druids was cancelled out by a Morgan Bailey penalty, but Lewis George and Alex Buxton scored second-half goals to win it for manager Shaun Colley’s side.

Colley tweeted his delight, writing: “A youthful @CefnDruids 19s with seven first years in the squad secure a q-f place in Welsh Youth Cup with an away derby victory @BrickfieldRFC 1-3.

“Hard fought encounter but credit to our players we showed real purpose and I am proud of them.”

The New Saints were 1-0 winners against Newtown, a score matched by Llanelli at Pontardawe.

Wrexham-born Daniel Griffiths, who joined the Bluebirds from Liverpool this year, scored a hat-trick in Cardiff City’s 11-0 win at Taffs Well.

Welsh under-19 international Griffiths has settled in with City and head youth coach Craig Bellamy says: “Dan’s a good player. He gives us something different and holds the ball up well. At this level he’s as good as you’ll get forward wise and we had to work hard to get him.

“He’s Welsh which was important for us, but his work ethic, ability and threat on and off the ball is essential to how we play.”

Merthyr Town won 6-0 against Trefelin BGC, but the first half was far closer than that score suggests.

There were few chances and the Martyrs led 1-0 at the break thanks to a goal by Fox after 23 minutes.

Davies (18) made it 3-0 before captain Sam Bowen pounced on a quality flick from Griffiths to score (32).

Sam Parsons added a fifth (36) and then Griffiths made it 6-0 at half-time when he converted a 40th minute penalty after Kieron Evans was fouled.

Seven minutes into the second half City made it seven when Griffiths converted another penalty after a Taffs Well defender handled in the penalty area.

The best goal of the game came when Bowen and Griffiths combined to set up Evans, who finished clinically after 54 minutes.

Bowen headed home number nine just after the hour, while Griffiths completed his treble with a superb flick on 72 minutes.