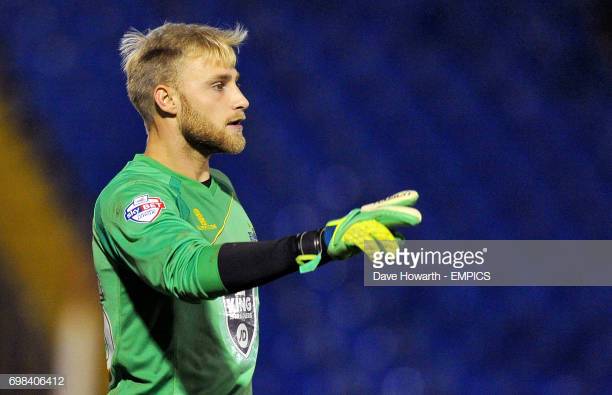 “We never got going, never imposed ourselves, didn’t do the basics of how we play particularly well. A frustrating night, but we kept another clean sheet.

“There’s nothing to worry about. We go through phases and this was a Tuesday night when we just weren’t at our best.”

Wrexham remain third in the table after a match in which scoring chances were at a premium on a blustery night at Holker Street.

Goalkeeper Rob Lainton has played in every Wrexham match this season and kept a 15th clean sheet of the season, while they almost won it when Fleetwood loanee Bobby Grant headed on to a post on his debut

Grant caught the eye with his performance and that was a positive on a night when Wrexham were below their best, but returned from Barrow with a hard-earned point.

Wrexham now focus on their Emirates FA Cup tie at the Racecourse on Saturday (8pm kick-off).

Home supporters can buy tickets in advance ONLINE and save money!

Away supporters will not be able to purchase tickets online from Wrexham AFC, who have sent a stock of tickets directly to Newport County which can be purchased from their club ticket office.

Newport County supporters will be housed in the bkoncepts (Mold End) upper as usual, entering My Racecourse via turnstiles 1-4.

Wrexham have been drawn at home against Boston United in the Buildbase FA Trophy first round.

Ties are due to be played on Saturday, December 15.

The draw was made on talkSPORT.