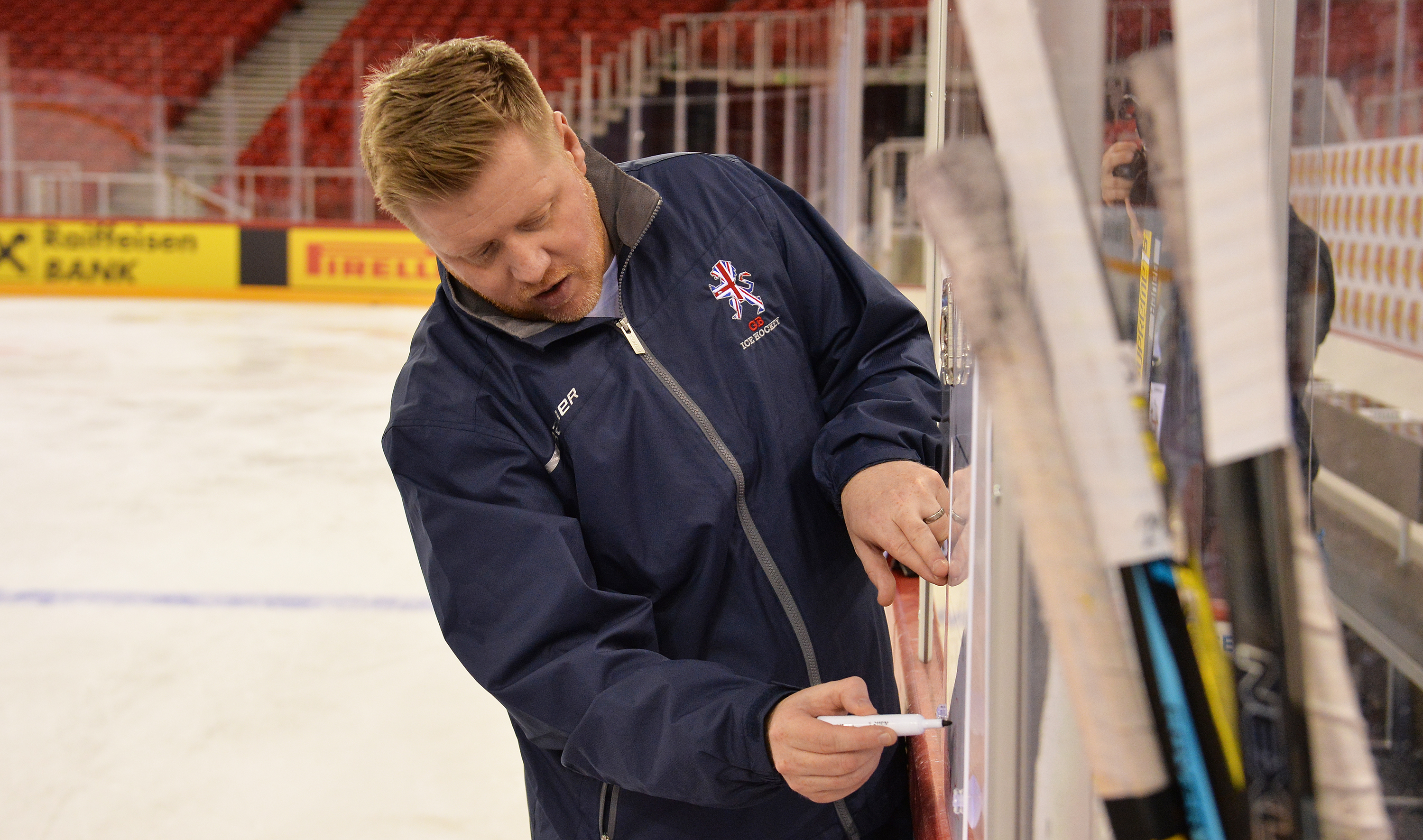 The 6ft 4ins Batch is in the best form of his career and helped Devils win back-to-back Elite League titles over the last two seasons, but has been left out of a 26-man GB squad.

“We have left out some experienced hockey players for this camp and opened the door for others to stake a claim,” said Russell. “They will gain valuable experience at the highest level.”

Russell has selected the group for next month’s international challenge game against Dinamo Riga at the Skydome, Coventry on Wednesday, February 6.

But there is no place for former GB international Batch, who has been patrolling the Devils blue line with hugely effective commitment and skill this season.

When Batch was left out of the national team for the World Championships last year it was perhaps more understandable because he was switching between defence and offence with Devils.

But he has been a regular on D in 2018-19 and Cardiff are again top of the Elite League.

Batch, from Wickford in Essex, is in his eighth season with Cardiff and helped them win the League title, Erhardt Conference and play-off championship last season, saying: “That was was the best full season in my career so far,” said Batch, who has played Champions League hockey for Devils.

He has a long-standing ambition to play World Championship hockey for Britain and Batch will keep playing flat out for Devils and hope he does enough to earn a call-up for later warm-up fixtures.

“Batch is so versatile and we are confident in him playing either forward or defence,” said Cardiff coach Andrew Lord when he signed him before the start of this season.

“He is big, strong and has the ability to create chances with the way he gets into the offensive zone and creates havoc for opposing defencemen.

“Nobody likes getting chased down and hit by a 6ft 4ins, 220lbs guy and when Batch is on his game, he is tough to deal with.

“I love having him up front on forward, but equally I know we can drop him back to play defence at any time, which makes him so valuable to this team.”

Managing Director Todd Kelman echoed the praise for Batch pre-season, saying: “Batchy is such a vital component of this team and I cannot imagine him playing anywhere else.

“He brings so much to the club, has been a big part in our success since we took over the Devils and is an exciting player to watch.

“Batchy is such a genuine person and makes time for everyone, which is something you cannot teach. It comes naturally to him and that is one of the big reasons he is so popular with our fanbase.”

The prestigious encounter with top-class KHL side Dinamo will be played at the Skydome in Coventry on Wednesday, February 6 (7.30pm).

It’s the first of five games for GB ahead of May’s World Championship in Slovakia.

“This game will be a great start to our preparations for the World Championship in Kosice in May,” said Russell, who led GB to promotion last year.

“We want to give as many players as possible the chance to impress and this game will just be the start of the process.

“Riga are a KHL organisation and it will be a massive test for us, but I know the players will be excited for the challenge.

“The truth is we have to learn play against high speed if we are going to be have to be able to handle this in Pool A.

“For me, getting up to that speed and speed of thought will be a the biggest challenge for us, but what a great test in Riga to face those qualities.

“We have some big decisions to make before the end of April, but we have this every year.

“It is not often we get the chance to meet during the season, so we will make the most of it ahead of a very exciting opportunity for GB ice hockey.”

Schedule for GB at the 2019 World Championship in Slovakia:

Cardiff Devils, who travel to Glasgow Clan on Saturday before playing three crucial League matches at the Viola Arena in Cardiff Bay.