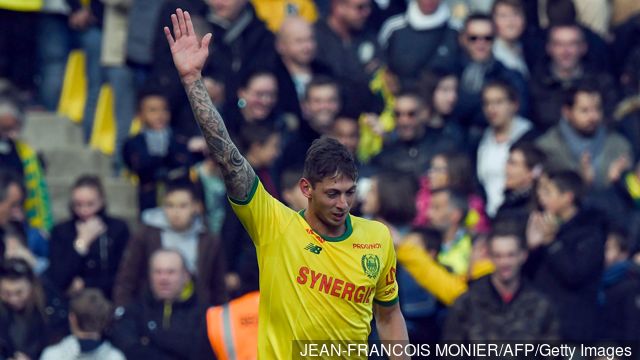 The Argentinian striker is in Wales for a medical today and Warnock said: “We’re optimistic.

“The deal is around £15million, but that’s what strikers cost. I like him, he’s a hard worker.

“Sala is not going to knock the walls down, but we need strikers. So if I could get both him and Niasse I would.

“He has his medical today, but won’t be available for the match at Newcastle United.

“You have to carry out a proper medical.”

Nantes, though, are keen for Sala to be in their matchday squad for their French Lique 1 fixture against Angers on Sunday, while City are pressing to complete the transfer as soon as possible..

Sala, who has scored 12 goals in 19 Ligue 1 appearances this season, flew to the UK on Monday for talks with Warnock and chief executive Ken Choo.

He returned to France the next day and went on from the subs bench after 72 minutes of Wednesday’s 1-0 defeat at Nimes,

Warnock revealed at the start of his pre-match press conference this morning that Senegal international Niasse’s loan move had not been completed, but media officer Mark Denham received a text later that the deal had been done.

“I’m relieved,” said Warnock. “I thought it was done yesterday so to find out it hadn’t this morning was a little unrestful, but it’s nice to know he’s available for selection against Newcastle.

“There aren’t many players available on loan who are like Niasse. I wanted Nathaniel Clyne, but that meant I wouldn’t have been able to get Niasse.

“He has a chance to put himself in the shop window, like Victor (Camarasa).

“The people we’re looking at are types of players who will suit our squad. Sala is hard working and Niasse will fit in with me. Phil Jagielka told me about his strengths and how it could work for me.”

The Bluebirds fly to Newcastle for their crunch Premier League clash with the Magpies at St James Park.

Warnock revealed he has three players who will have fitness tests and says captain Sean Morrison is unlikely to play.

“Sean had a procedure on Monday and I’ve just had the physio on the phone,” said Warnock. “I don’t think he will play tomorrow. We can’t gamble on anyone.”

Newcastle are one point behind City in the Premier table and defeat would see Warnock’s team slip into the bottom three.

“It’s a big game,” he says. “I always enjoy the stadium and their fans are absolutely bonkers.

“They’ve stuck with them no matter what. The north east is pretty special with the fans.

“Newcastle will expect to beat us with the strikers they have. Look at Rondon, who’s worth £20million.

“We’ll have a good following of City fans up in the loft and they’ll make a good noise.”

Around 1,700 Bluebirds supporters will be at St James Park and Warnock is realistic about the task ahead, saying: “We all know we’ve progressed quickly and everybody knows we couldn’t really have done better.

“Overall I can’t ask anymore from my team. We’re a genuine bunch and are absolutely swinging above our weight.

“The fans have played their part in that. They were amazed we earned automatic promotion and are amazed where we are in the table.

“We have 16 tough games now where we must conjure up points. Look at some of the squads around us and you’d expect them to be in the top half.”

Newcastle manager Rafa Benitez is facing a midfield injury crisis heading into the crucial relegation clash, while Ki Sung-yueng is in South Korea’s squad at the Asian Cup.

Jonjo Shelvey is struggling with a recurring thigh problem, Mo Diame has a hip complaint and Isaac Hayden suffered a knock during the Emirates FA Cup replay win at Blackburn Rovers.