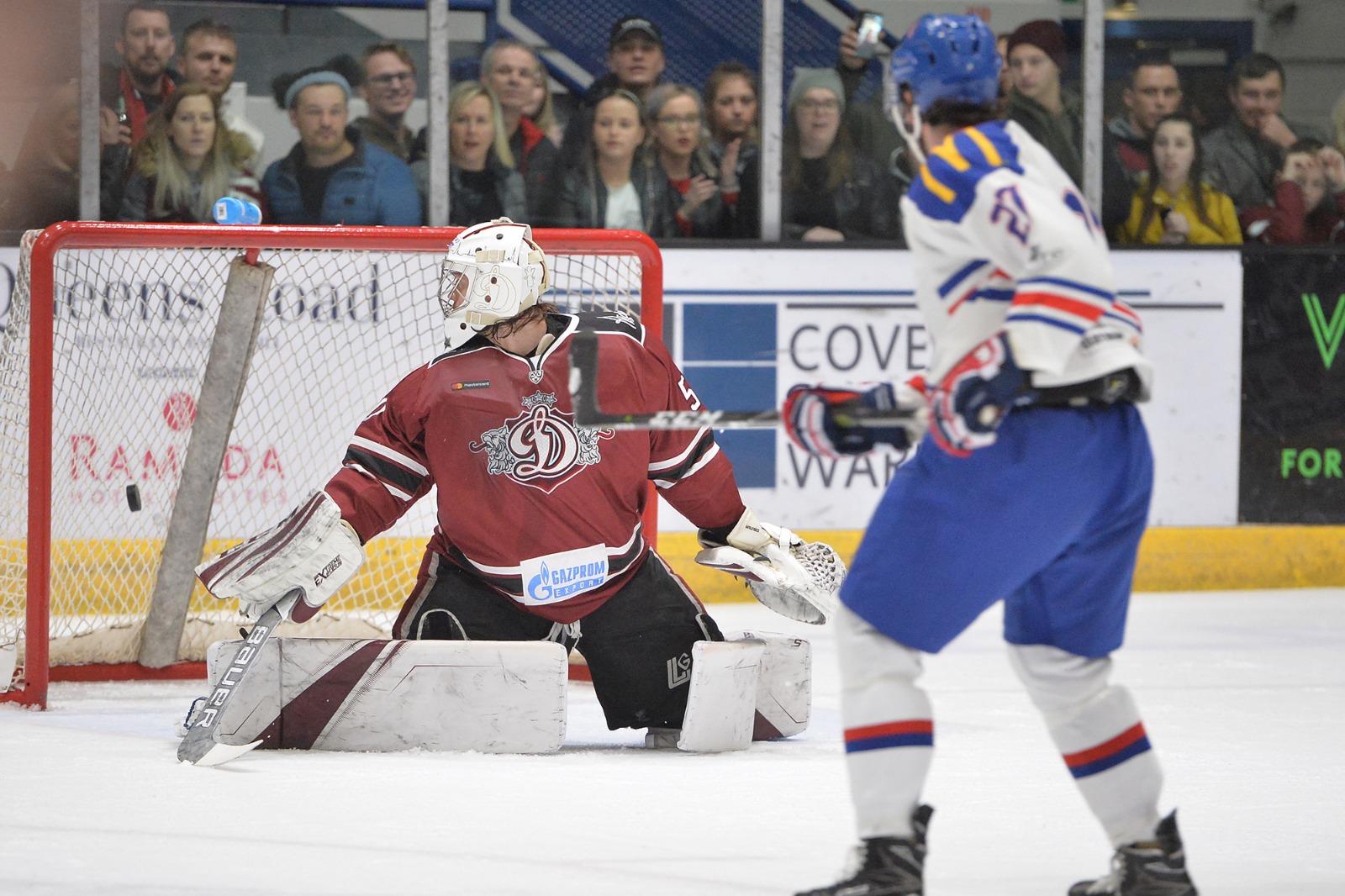 Luke Ferrara and Ben Lake scored on their home ice in Coventry, while Ben O’Connor added an empty-net goal.

Cardiff Devils netminder Ben Bowns turned away 41 of the 42 shots he faced.

GB took the lead following a quick break down the ice as Ferrara scored with a neat finish.

Bowns produced a number of quality saves, including a top class double stop at his near post.

Lake, in his first appearance in a GB shirt, broke short-handed and cut inside from the right to fire low and put GB into a 2-0 lead at 23 minutes.

Britain went searching for a third goal at the start of the third period, but Ciaran Long couldn’t get his shot away at the back door and Jonathan Phillips fired over.

Riga scored on the powerplay at 52-45 with Edijs Branmanis converting to reduce the deficit, but O’Connor scored into an empty net to seal the victory (59-17).

“It was great night to play at a packed Skydome in front of so many passionate fans,” said coach Pete Russell.

“The team performance was immense. It was fantastic to see us do so well against a quality KHL side.

“It is important to get quality games in ahead of the World Championship and this enabled us to do that.”

Cardiff Devils players Mark Richardson, Matthew Myers and goalie Bowns were in the GB line-up, while Evan Mosey missed out as he makes progress towards full fitness following a blow to the head.

Welsh wingers Ben Davies and Jonathan Phillips, both born in Cardiff, were both in the GB squad.

Britain are in the top flight of the World Championships for the first time in almost 25 years and they play Canada, USA, Germany, Denmark, Finland, Slovakia and France.

They are involved in a triangular tournament with Hungary and Italy during April followed by two games against KHL side Torpedo Nizhny Novgorod.