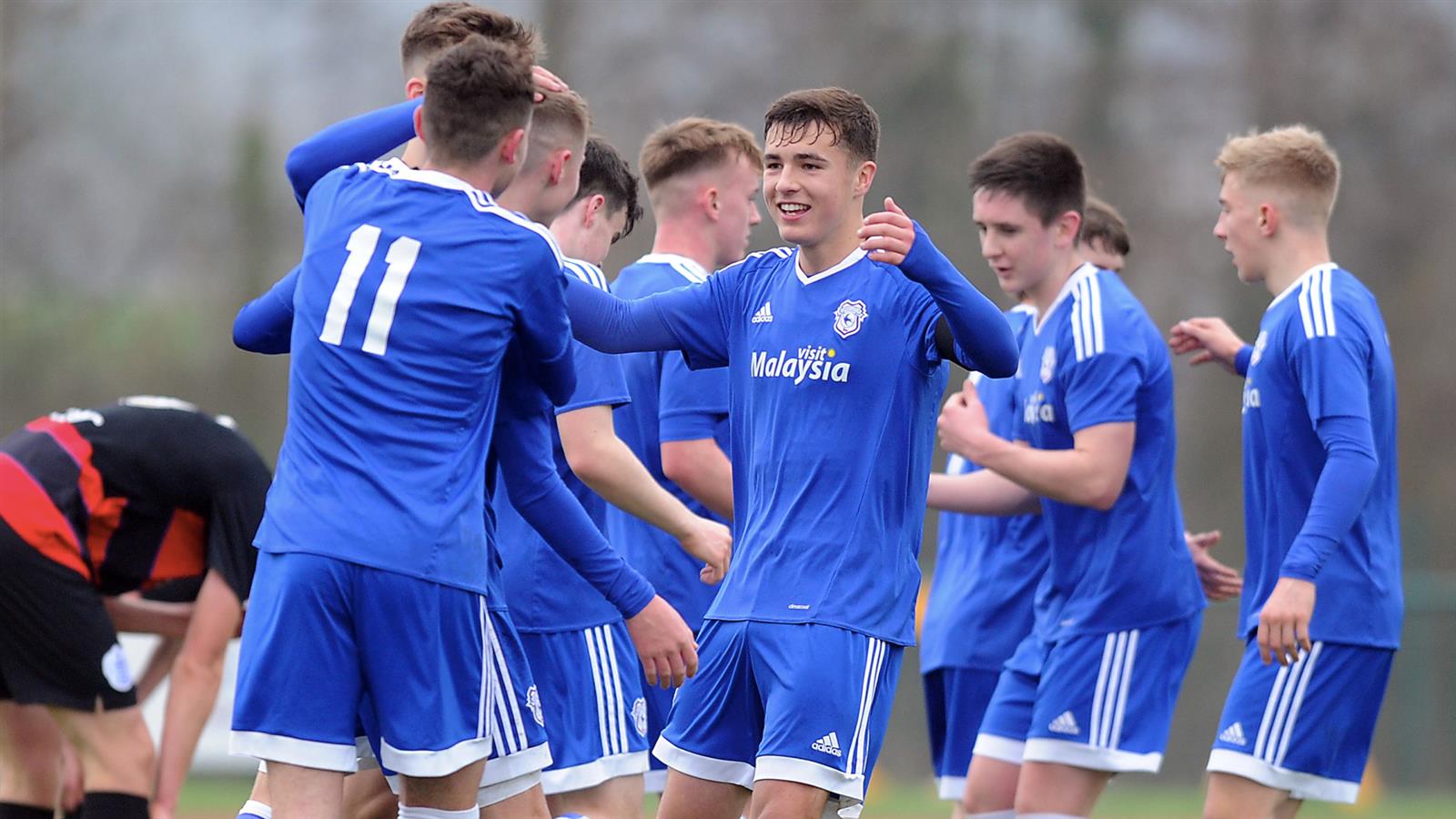 Barry teenager Sion Spence scored a hat-trick for Cardiff City in their 5-0 under-18 win against Bristol City at the Cardiff International Sports Arena.

Spence netted two goals in a minute during the first half and then completed his treble seven minutes after the break.

Ntazana Mayembe and Connor Davies were the other scorers for Bluebirds in the Professional Development League match.

South Division leaders Cardiff proved too strong over the 90 minutes in the Severnside derby for teenagers, but Bristol City started strongly and goalkeeper George Ratcliffe had to make a couple of smart saves in the first five minutes.

The young Robins left pressing and Jamie Edwards-Taylor volleyed against a post after nine minutes.

Spence, aged 18, settled things down by scoring Cardiff’s first goal when he fired past goalkeeper Lochie Robertson with an excellent finish into the bottom left-hand corner.

That came after 15 minutes and Spence doubled the lead soon after the restart.

Mayembe’s cross was deflected by the Robins’ Jack Spark past Robertson to make it 3-0 (49 mins) before Spence added his hat-trick goal three minutes later.

Bluebirds’ goalkeeper Ratcliffe showed great awareness and composure when he ran outside the penalty area and headed clear after 56 minutes.