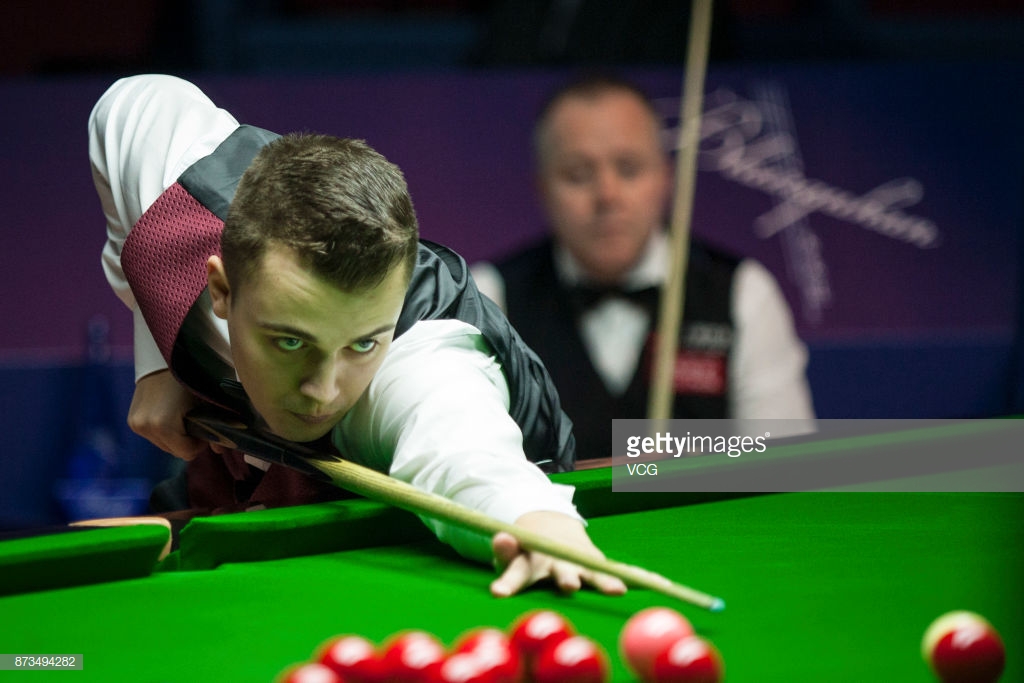 Ronnie O’Sullivan scored the 994th century break of his career on day four of the ManBetX Welsh Open Snooker Championships, but slipped to defeat against a Swiss opponent.

Alexander Ursenbacher, who has been helped by his Swiss tennis idol Roger Federer in his quest for glory, produced a major upset in a 4-2 win against The Rocket at Cardiff’s Motorpoint Arena.

In a scrappy match O’Sullivan made a brilliant 118 break in the opening frame, but Ursenbacher hit back and won with breaks of 70, 52, 57 and 62.

Both players looked nervous at times, but Ursenbacher, nicknamed ‘The Swiss Fish’, kept his composure to secure victory and a place in the last 16.

The 22-year-old is ranked at number 72 in the World and he secured victory with a break of 62 in the sixth frame.

Despite a maximum break from Noppon Saengkham…

It is without doubt the biggest win of Ursenbacher’s career. He is from Rheinfelden, 15 miles east of Basel and the municipality name means Fields of the Rhine.

He will face Zhao Xintong in the fourth round.

O’Sullivan wasted several chances of scoring century breaks this week by either playing a red before the referee had time to replace the colour he had just spotted or carelessly blasting a shot when a more focused approach would have taken him too three figures.

“The referees need to up their speed a bit,” said O’Sullivan. “I’m blaming them for not being quick enough. I can only play at my speed.

“It’s like asking Lewis Hamilton can you slow down at corners when there is a race to win.

“At full flow I can’t work about whether the referee is quick enough. They have to keep up speed.”

Thailand’s Noppon Saengkham compiled a brilliant 147 maximum in his clash with world number one Mark Selby to make the match score 1-1, but Selby stayed calm and progressed thanks to breaks of 107, 54 and 115 to progress.

Noppon’s 147 was the 149th in snooker history and means Australian Neil Robertson, who produced his maximum in the first round match against Jordan Brown, will have to share the £17,000 for the top break of the tournament.

There are no longer any Welsh players in the tournament. The Jones boys, Jak from Cwmbran and Duane from Mountain Ash, were in the last 32.

Some days you’re the bug, and some days your the windscreen, today I was the bug, well played to @SwissNR1 you played good today, good luck for the rest of the event 👏