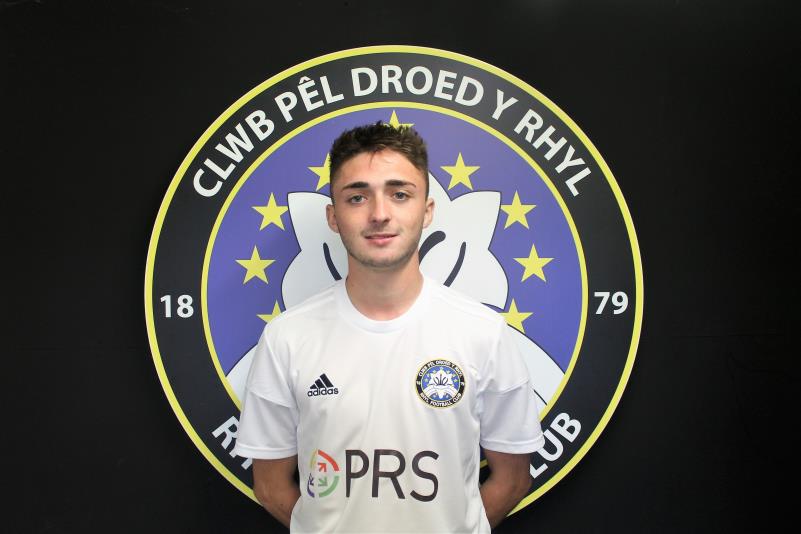 The 20-year-old defender scored the only goal of the match when he produced a touch of class after 50 minutes.

Bangor-born Owen, a former Llandudno player, took possession on the Rhyl right and he set off on a run which took him into the Holywell penalty area after swapping passes with Mike Pritchard.

He was able to guide his shot past goalkeeper Tyler French to put the Lilywhites.

Overall, Rhyl probably shaded the game against opponents battling for survival and in a close-fought clash and it was fitting that a moment of individual skill from Owen settled the game.

The goal gave Rhyl their first win in six weeks to bring an end to a disappointing run of results.

The opening exchanges were cagey, while Rhyl’s first chance came when a corner on the Rhyl left was headed down, but Reece Fairhurst was unable to keep his shot down and it went over the bar.

Goalkeeper French saved well from Sam Molyneux, while Liam Smith had a shot blocked. Molyneux reacted first when the ball ran loose and French turned the shot away for a corner.

Alliance leaders Airbus Broughton led 2-0 at half-time against Penrhyncoch away. Nathan Wolfe and Lewis Buckley were the scorers and the scoreline stayed the same until the final whistle.

Connah’s Quay loanee Woolfe was the hero for Airbus, although he arrived late for the match at Cae Baker.

Man-of-the-match Woolfe, a 30-year-old Manchester-born former Bolton Wanderers and Wrexham striker, fired the Wingmakers ahead on 16 minutes with a clinical finish from inside the box after some neat build-up play.

That advantage was doubled just after the half hour mark when Asa Hamilton’s neat chip into the Penrhyncoch box was headed home Buckley from from six yards.

The weather deteriorated in the second half, and Airbus were happy to sit deep and preserve their two-goal lead with goalkeeper Dave Roberts rarely troubled by the home attack.

Assistant manager Andy Thomas said: “We dominated the first half and could have been three or four up at the break if we’d been more clinical.

“We won our battles all over the pitch and kept another clean sheet. That’s 15 for the season now.

“With six games left we’re in a really healthy position and focused on the run-in.”

The three points lifted Airbus nine points clear at the top with six games to play. They are chasing a trophy double after qualifying for the Alliance Cup final against Holywell Town.

That was enough to earn Porthmadog the victory.

Gresford Athletic’s Jordon MacCarter missed a first half penalty at Prestatyn Town, who had Ian Griffiths sent off as the players were leaving the pitch at half-time.

A goal in each half from Chris Roberts and Keiron Moore gave Buckley Town a 2-0 win at home against bottom team Holyhead Hotspur.

Llanrhaeadr YM won by 3-2 at home against Ruthin Town.

Tom Evans put Llan ahead with a Llyr Morris penalty making it all square at the break.

After a delayed kick-off at Guilsfield, Denbigh Town returned home with three points thanks to a 1-0 win earned by a second half goal from Kristian Pierce.