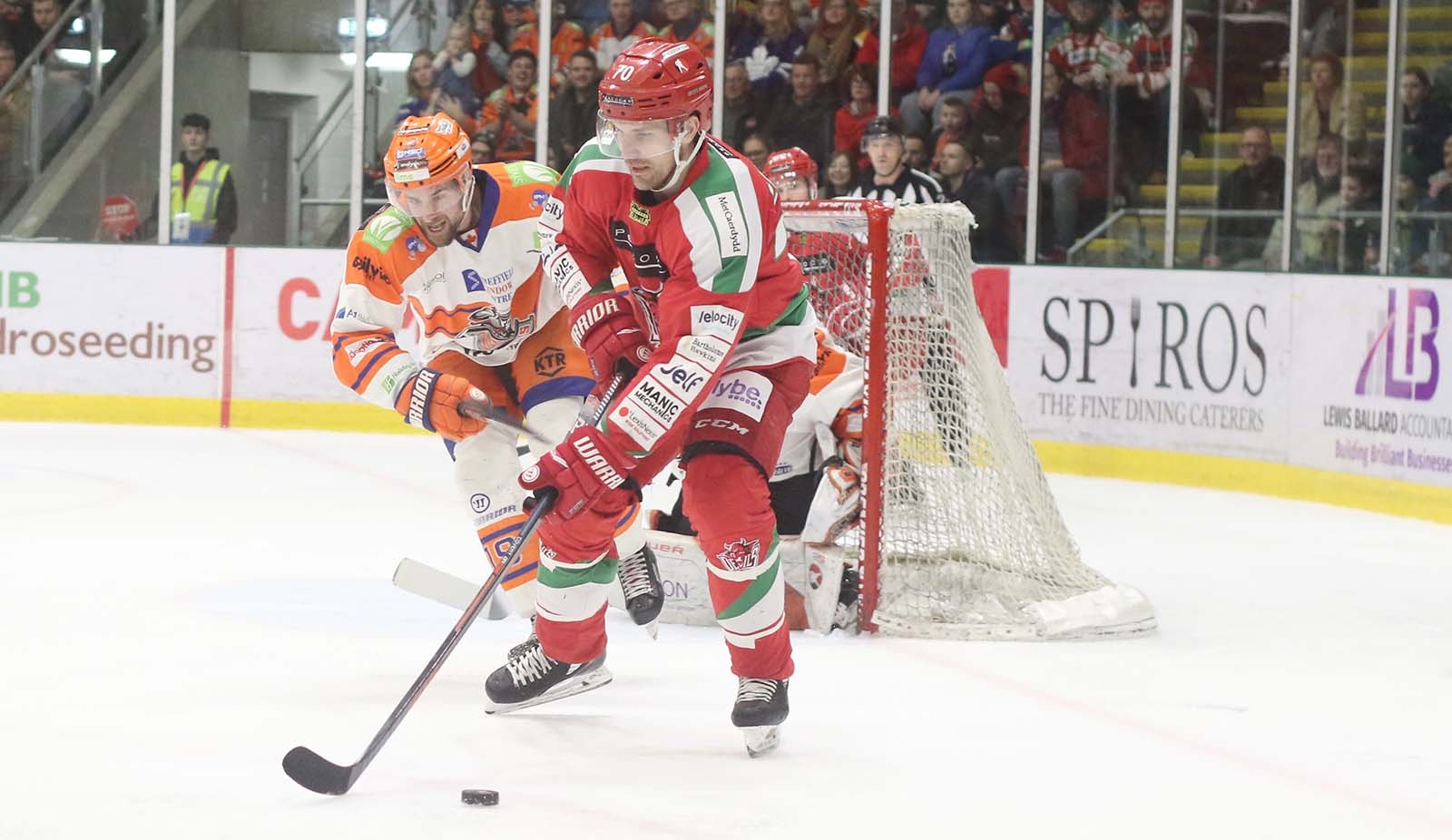 Power forward Joey Haddad is ready to return for Cardiff Devils and could play in Thursday’s Elite League match against Fife Flyers in Scotland.

Canadian Haddad has recovered from an injury and warmed up before Devils’ 6-0 home win against Sheffield Steelers on Sunday.

“Joey is right there,” says head coach Andrew Lord. “He is ready and giving me tough decisions.

“For the first time in a while, touch wood, we are healthy. That makes my job difficult, but it also gives us options.”

Devils were without young forward Toms Rutkis against Steelers because he is on a two-way contract and played for Swindon Wildcats.

Rutkis is likely to return against Fife in Kirkcaldy on Thursday and at home to Guildford Flames at the Viola Arena the following evening.

Devils are two points clear of rivals Belfast Giants at the top of Elite League with nine fixtures left.

Lord’s team have been crowned champions for the last two seasons and are pushing for a hat-trick of titles, although they have already qualified for the 2019-20 European Champions League.

“We’re in a dogfight,” said Lord. “This one is a real nailbiter.”

Goalie Ben Bowns kept two shut-outs for Devils in wins against Coventry Blaze (2-0) and Steelers (6-0) and Lord was delighted, saying: “Bowns was real solid and a lot of guys played on the PK team. Some, like Mark Richardson, played a lot, while some chipped in, like Gleason Fournier.

“Mark Louis, Bryce Reddick and Drew Sheistel played their part, Josh Batch played his part and the forwards did their jobs.

“There was good attention to detail in that area.

“Jackson Whistle well for Steelers during the first period, while the second was one of our better periods. The pace was awesome and we were unstoppable at times.

“That resulted in a bunch of goals.”

Cardiff play their previously postponed game against Fife on Thursday and will go level on games played with second-placed Belfast.

Devils then play Guildford at home on Friday, while Belfast host Glasgow.

Tickets for the Challenge Cup Final are still available here.