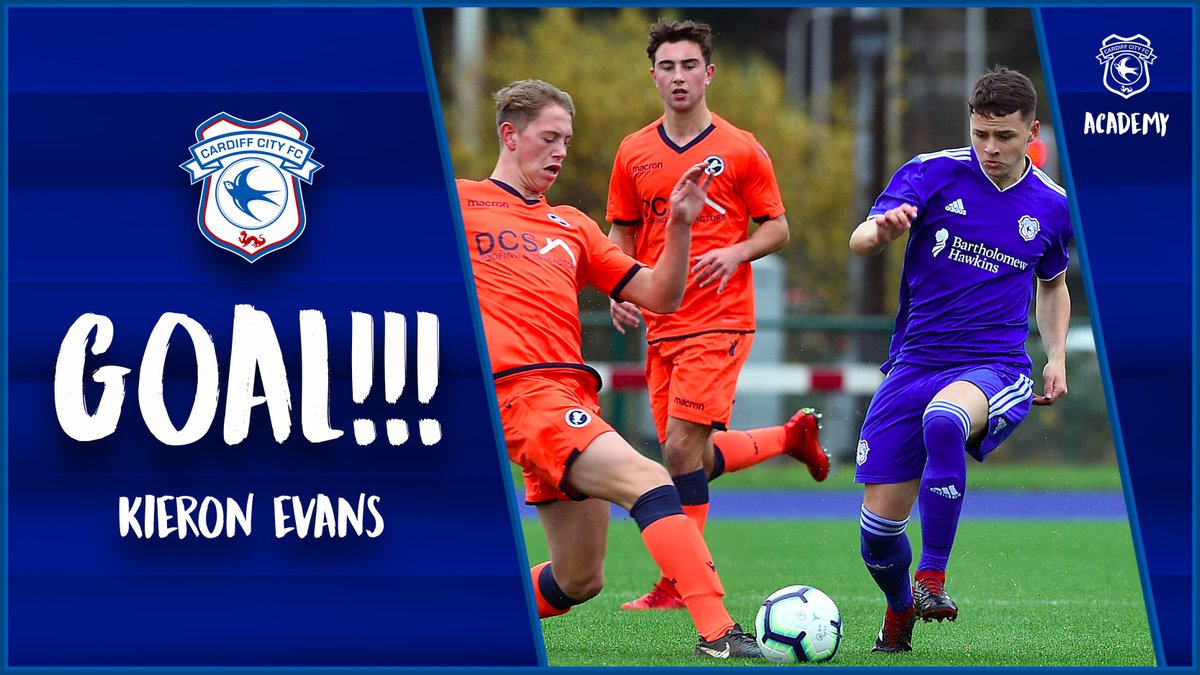 Kieron Evans, a 17-year-old midfield player from Brithdir, New Tredegar, scored the winner for Cardiff City in their under-18 clash with Nottingham Forest.

Evans, a pupil at Heolddu Comprehensive School in Bargoed, netted on the hour to earn young Bluebirds victory.

City twice fought back from a goal down to level the scores and took charge in the second half.

Sion Spence, from a penalty, Isaak Davies and Evans, who fired last goalkeeper Michael Statham from a cross, were the goalscorer for City, who are top of Professional Under-18 Development League South.

Evans, who has been in the Bluebirds youth development system since the age of eight, has scored 11 goals in 17 appearances at under-18 level this season.

Cardiff needed a positive result following their 1-0 defeat against Swansea City in the Welsh Youth Cup (u-19) semi-final in midweek.

Will Swan put Forest in front after five minutes at the Cardiff International Sports Campus, while a tricky run by Isaak Davies caused problems for the visitors and he was brought down.

Spencer converted the resulting penalty, while Gabriel Ogunseri put Forest back in front with 37 minutes gone and they led 2-1 at half-time.

Cardiff’s second goal came when Forest failed to deal with a free-kick and Davies tucked the ball home from an angle.

Then came the winner by Evans and Cardiff stay on course to finish top of their PDL Under-18 Division.

Saturday 6 v Birmingham City (away, at the Autotech Stadium, Noon)