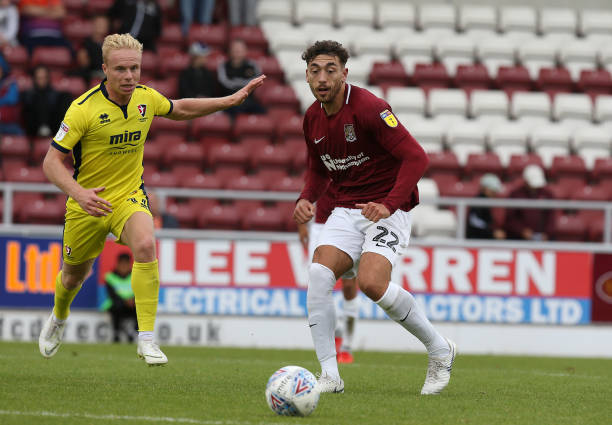 The former Bristol Rovers player says: “I made my Football League debut at their ground.

“I was born in Newport, but live outside in Blackwood. Initially, I joined a development centre in Newport and that was run by Bristol Rovers.

“At the age of 13 they invited me to join their academy. When I made my first team debut for Rovers we won against Newport County away and that was a good feeling.”

Newport should welcome loan signing Ben Kennedy back after injury, but Matty Dolan, Andrew Crofts and Fraser Franks are still ruled out.

County will hope it’s third time lucky on Friday when they host Cheltenham. The Exiles have already suffered defeat against the Robins twice this season, in league and trophy.

County’s League Two fixture against Oldham Athletic has been rearranged after four Latics players were called up for international duty.

Oldham will now visit Rodney Parade on Tuesday, April 30 (7.45pm). Supporters who have already purchased a ticket for the fixture will be able to use them on the new date.