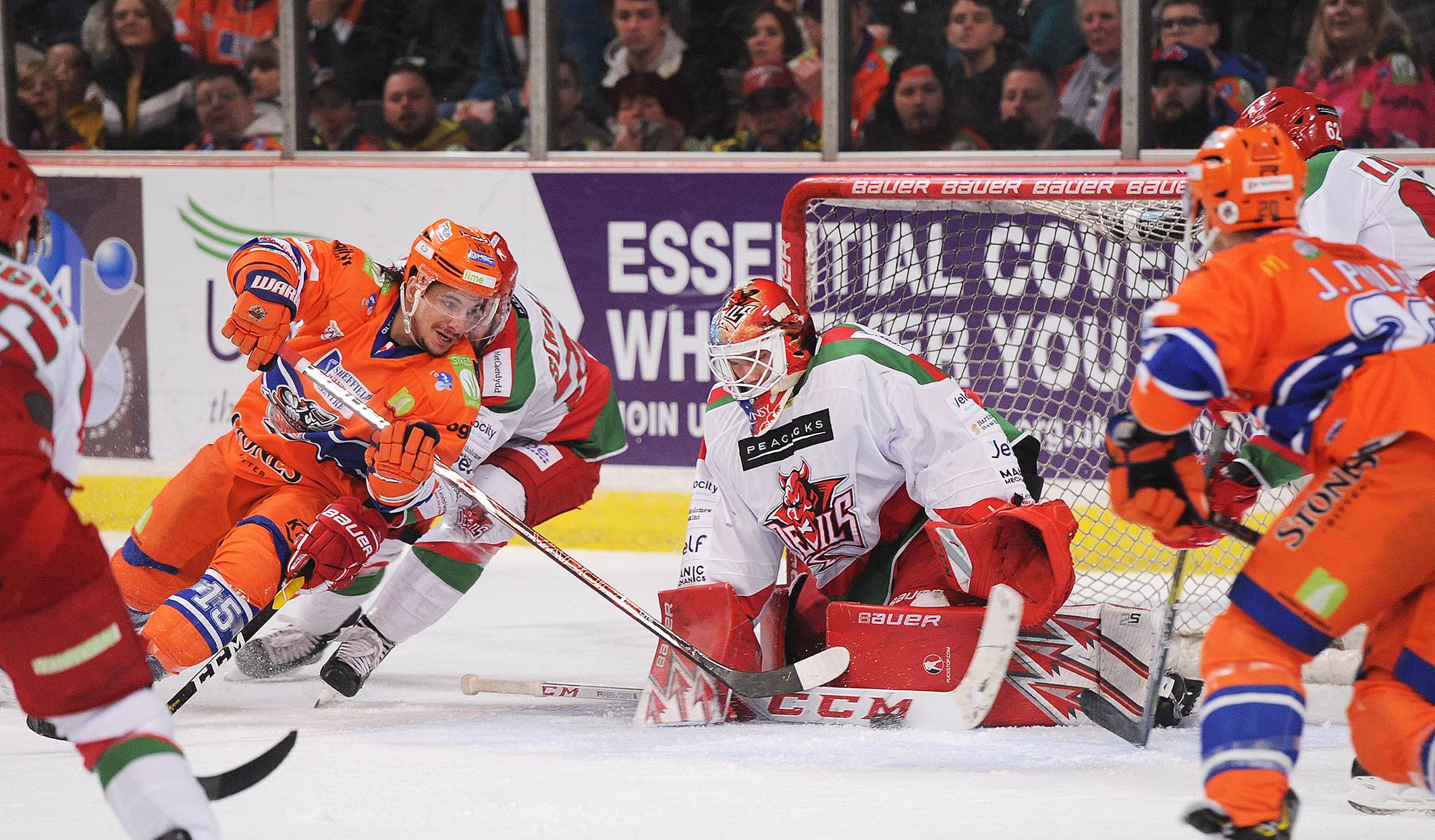 Cardiff Devils suffered in Sheffield and have been replaced at the top of Elite League.

Canadian hitman Anthony DeLuca, a 24-year-old former Wichita Thunder forward, had his best game of the season and scored four goals for Steelers and was involved in all of their goals.

He added an assist on the goal scored by Cardiff-born former Devil Jonathan Phillips.

This was the first time Steelers have beaten Devils in six Elite League matches this season and it is a major blow to Cardiff title hopes.

Belfast Giants are the new League leaders after a 2-1 home win against Coventry Blaze, but they have played an extra fixture.

Devils will regain top spot if they win against Glasgow Clan at the Viola Arena in Cardiff Bay on Sunday (6pm).

More than 7,000 spectators were at the match in Sheffield and the home team were under huge pressure in the final period when their visitors fired 23 shots at netminder Whistle, the son of former Devils coach Dave.

Devils forward Layne Ulmer missed the match, while Sheffield lost British defenceman Ben O’Connor when he limped off the ice.

The teams had been playing out what appeared to be a tight, goalless first session, but with one second left on the clock winger DeLuca put the home side ahead.

Devils rolled four lines in the early stages, but found themselves 3-0 down when Steelers scored twice in 24 seconds with DeLuca and Jonathan Phillips on target.

Head coach Andrew Lord cannot have been happy with DeLuca’s second when he outskated two markers and thrashed the puck high past Ben Bowns at 25-25. His pace and precision were awesome.

Almost immediately Phillips was first to a rebound and scored.

Mark Richardson got the Devils on the board at 29-54 with a powerplay goal, but 36 seconds later DeLuca restored the three-goal lead for Sheffield.

Joey Martin cut the lead to two goals when he made it 4-2 (31-36) and that was the score after two periods, although Charles Linglet missed a chance after Sheffield made a defensive error.

Hedden fired his second of the game to make it 5-4 with goalie Ben Bowns pulled for the extra attacker (57-52), but Steelers held on for the win.

Head coach Lord and his Devils team now face Steelers away on Saturday before facing Glasgow at the Viola Arena in Cardiff Bay on Sunday.