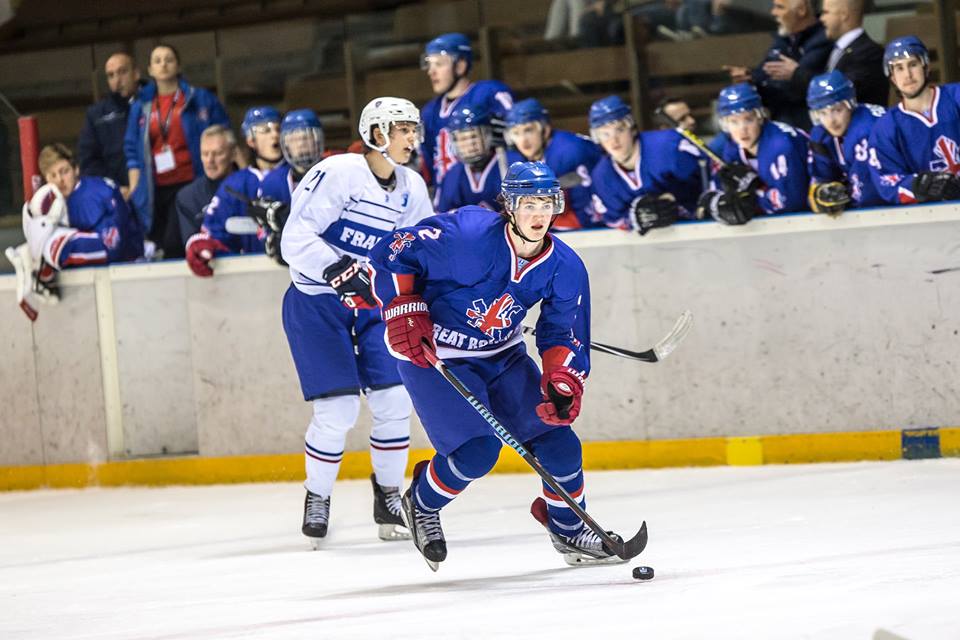 Buglass, a 23-year-old from Caerphilly, played a key role for Phantoms in their 6-5 aggregate win against Basingstoke Bison in the Southern Cup final.

Corey McEwen, the son of former Cardiff Devils and Peterborough player Doug, is also in the Phantoms team.

He spent his junior career in Peterborough, before the McEwen family moved to back Canada, Doug’s native country.

Former Swindon and Telford forward Corey, a 25-year-old British player, was keen to wear #7 for Phantoms, but that number hangs above the ice in Cardiff and Peterborough.

Both clubs retired that shirt in honour of Corey’s dad, Doug.

“I’m excited to wear the Phantoms jersey,” says Corey. “I grew up in Peterborough, watched the Pirates and Phantoms while my dad played and coached. It’s home for me!”

Buglass came through Cardiff’s youth development system and played Elite League hockey for Devils, while he also had spells with Swindon Wildcats and now plays for Peterborough.

He was in the Great Britain team when they won gold at the World Under-20 Championships.

Buglass and McEwen both played for Phantoms in their 4-4 tie against Ashley Tait’s Basingstoke in the Southern Cup final. That was enough to hand Peterborough the trophy over two legs, having won the first game 2-1.

Basingstoke scored an empty net goal with 40 seconds left in the second leg and ensured a tense finish, but Phantoms held on. They clinched cup success after coming back from two goals behind twice in this battle and clinch a second piece of silverware this season.

Remarkably, both Southern and Autumn finals finished with the same aggregate score, Peterborough Phantoms drawing the first leg 2-2 and winning the second 4-3.

Swindon Wildcats won the NIHL South One title, finishing ahead of second-placed Peterborough.

The English Ice Hockey Association have announced a new structure the NIHL 2019-20.

At a meeting of NIHL clubs in Warwickshire the creation of a new 10-team division was approved to sit above the existing Division One in North and South.

Cardiff Fire will continue to play in NIHL South Two.