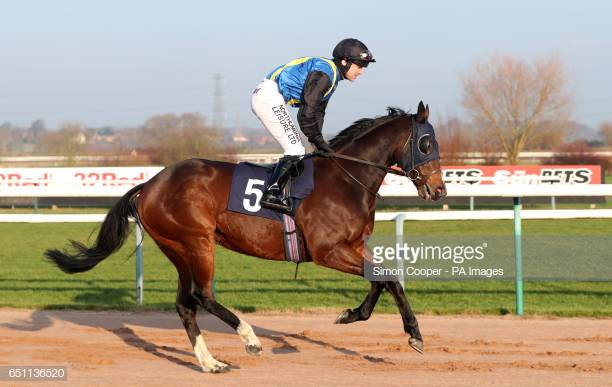 Bradley Gibbs, who rode three winners at the Brecon & Talybont Hunt Point-To-Point Steeplechases, took his season’s total of wins to 13 with a first at the Teme Valley & United Pack meeting.

Gibbs was on board the Pip Hooley trained Ertidaad at Brampton Bryan in North Herefordshire.

Ertidaad owner John Chinn was not able to be present to see his handsome chestnut Ertidaad win the Sibdon Stakes Confined as he was visiting his grandchildren in Cumbria.

However, he was given a stride-by-stride commentary via mobile phone by trainer Hooley.

Emtidaad jumped to the front two fences from home and had Duke Arcadio (Huw Edwards) two-and-a-quarter lengths behind at the line, with King Willie (Craig Dowson) three-quarters behind him.

A tremendous 'last to first' ride from our ambassador @Sean_Bowen_ to get Winston C up on the line @KelsoRacecourse today https://t.co/ToNNflC6Lh

Tim Bevan, the new Clerk of the Course at Brampton Bryan, faced a monumental task with a small team of helpers, but did a magnificent job.

The going at the riverside course, which had been sodden a week earlier when the meeting was called off, was perfect for the rearranged date.

The rigorous task of changing the outlay for safety reasons proved well worth the effort.

Pauline Duggan, the long-serving Teme Valley secretary, could easily have cried enough when she was summoned for serious hip surgery a bare three weeks prior to the fixture, but they breed them tough in the Welsh Border Area.

Pauline carried on regardless, and the hard-working, small committee were rewarded by 116 entries and an excellent afternoon of racing watched by an extremely decent crowd.

Ynysybwl jockey Gibbs was in fine form at the Brecon and Talybont Hunt Point-To-Point Steeplechases at Llanfrynach the previous day.

He won the Club Members’ race on TheGirlFromMilan, the Restricted on Highway Jewel and the Open Maiden on Premier Magic. All three winners are trained by his father David Gibbs, who was saddling his first ever three-timer.

TheGirlFromMilan made nearly all the running to come home a distance ahead of Oscar Fiain.

Highway Jewel, always in command, came home two lengths ahead of the well backed Fate, while Premier Magic got home by half-a-length from the Isabel Williams partnered GetAwayFlyer.

Tiger Rag then ran out and refused to take any part in the race.

“I knew exactly what was going on and Hold Court is a wise old boy,” said Isabel. “He knows what it’s all about and really enjoyed himself.”

Hold Court  was clocked at six minutes and forty-four compared to the five minutes and fifty one seconds it took Sir Du Bearn to win the men’s open under 21-year-old Trystan Hughes.

Sir Du Bearn , a former useful National Hunt performer, was the oldest horse in the race at the age of 13 and was judged to have finished a neck in front of the favourite and pacemaking Moral Hazard (Bradley Gibbs) with Mister Dick a further half-a-length away in third place.

Winners at the Brecon and Talybont Hunt Point-To-Point Steeplechases, Llanfrynach:

And another Welsh rider David Prichard won the hunt members’ race on Tamarstone.