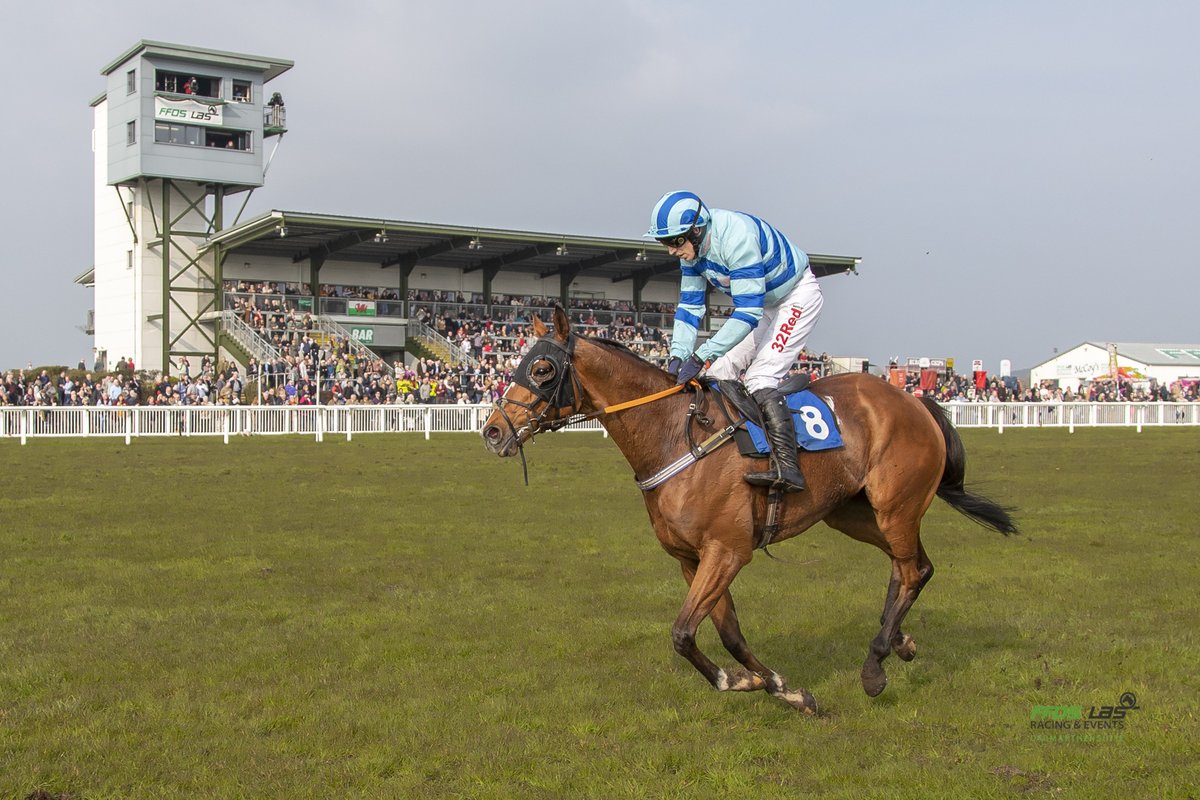 Lac Sacre, a 9-1 chance, was partnered by Paddy Brennan.

Earlier in the day, Williams’ Flight To Milan had been beaten a head by Tim Vaughan’s Chosen in the Evans Race Handicap Chase.

Chosen, a 4-1 chance who, like Flight To Milan is also trained in the Vale of Glamorgan, was ridden by stable jockey Alan Johns.

Jack, who comes from Merthyr Mawr and is a month shy of his 17th birthday, has already chalked-up three wins under Rules.

He landed the novice riders’ race on David Brace’s 12-year-old bay gelding William Money, who was in command throughout and won by six lengths from the hooded Cawdor House at Hereford Racecourse.

In the following Conditions race, Carmarthen’s Ben Jones, aged 19 and riding Princely Player, was the winner.

Princely Player drew away from odds-on favourite Undisputed, ridden by Alex Edwards, at the second last fence to score by four lengths in a time which was three seconds faster than William Money had taken when winning the previous race.

Princely Player, trained by Karen Hobbs, was a fortunate winner in as much as his horsebox broke down on the way to Hereford and they arrived just in time to declare the horse.

Now Ben, an 11-year-old chestnut gelding by Benefical was also awarded the best turned out prize.

Welsh champion Bradley Gibbs’ mount Don Bersy made most of the early running, but eventually finished fourth of the six starters.

Pembrokeshire’s Robert Luke had plenty to smile about after his five-year-old bay mare Spark To A Flame, making her racecourse debut, came home a distance ahead of the Ben Jones-partnered Black Aphrodisiac in the Jockey Club Open Maiden Race For Mares and Fillies.

Spark To A Flame was ridden by Zac Baker, who for the last three seasons has been based at Nigel Twiston-Davies’ yard.

Bryan Carver from Cork, who has ridden four winners under Rules, won the Five, Six And Seven-Year-Old Open Maiden Race on the six-year-old Presenting gelding Salven who, prominent throughout, scored by five lengths from the Tredegar Farmers horse Samdibien.

Bryan also won the second division of the Four, Five And Six-Year-Olds Point-To-Point Flat Race on the four-year-old filly You Too Bonny Lass, trained by Heidi Brookshaw in North Shropshire.

Jack Tudor rode runner-up Sing The Anthem trained by his father Jonathan and owned by The Anthem Partnership.

The First Division of the race went to the five-year-old bay gelding Durouyn, who had Zac Baker on board. Baker earlier been successful on Spark To A Flame.