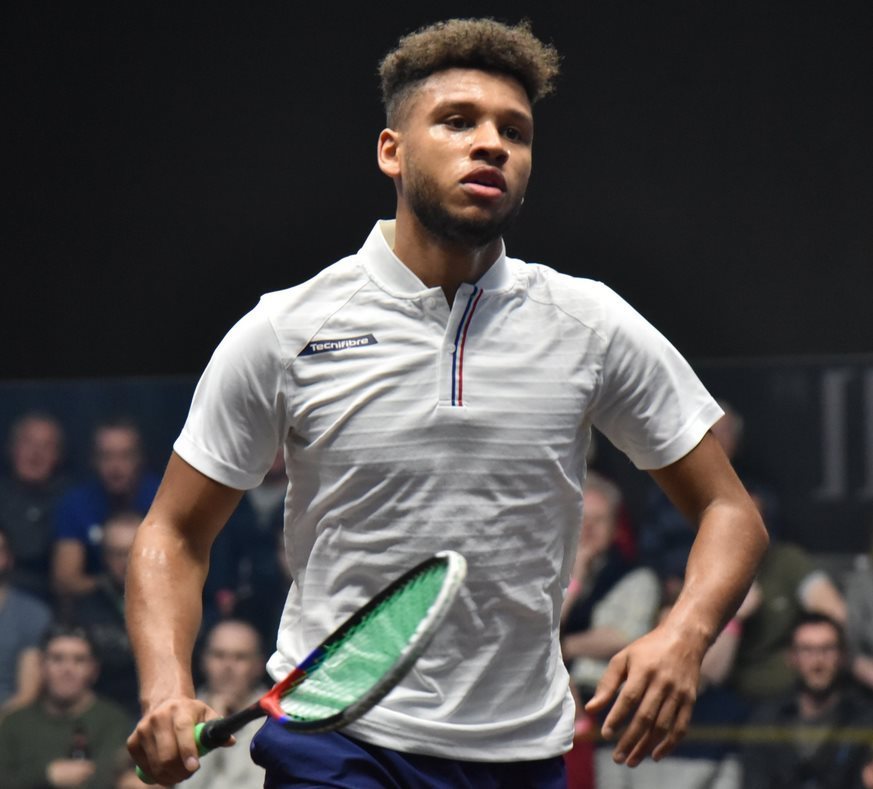 One match too far for seventh seed Abhay as he came up against Richie, who just loves the courts at Rhiwbina.

He controlled the match with penetrating lengths and worked Abhay around the court at will.

Abhay, 20, battled hard and will surely go on to a successful career given his young age at this time.

A great week, though, for the young Indian. Richie marches forward and it will take a good performance to dethrone with defending champion.

He will relish tonight’s battle in the capital city of Wales.

The second semi-final saw an absolutely enthralling encounter which had the crowd on the edge of their seats.

Cut and thrust, blow for blow with Barcelona-born Edmon coming out on top with his superb steady then attacking widths and lengths.

His relentless style put Benjamin under pressure throughout the match.

That said Ben was full of attack himself and the number of times he flicked the ball crosscourt wrong footing his opponent was great to witness.

Huge rallies ensued and such a well-played sporting affair it was.

Again, a great week for the young Frenchman and he will come again. Edmon moves on to face the top seed Fallows in what is sure to be a great final.