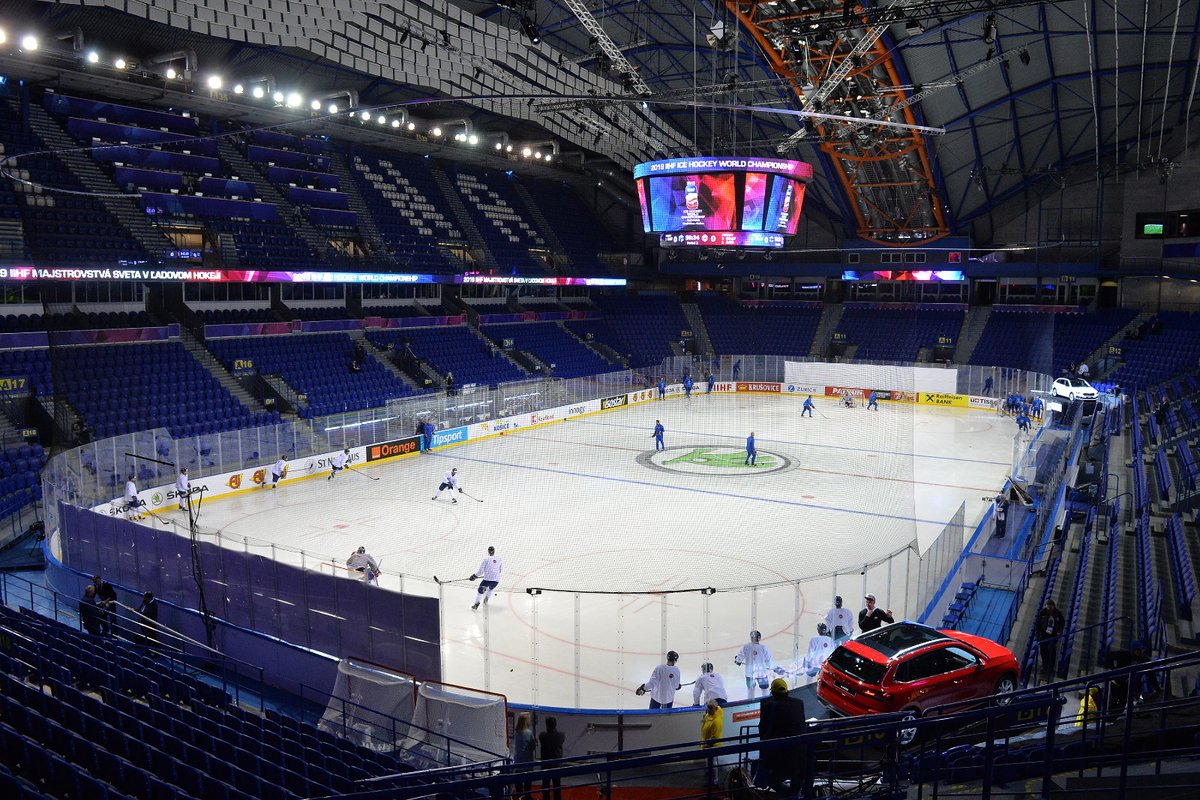 The Kosice Arena where the World Championships are being played.

Pete Russell’s side begin their first tournament a the top-level since 1994 at (4.15pm local time, 1515 UK) in a game which will be broadcast live on FreeSports.

“We’ll go out there to try to frustrate Germany, but also be prepared to work as hard as we can and battle on every shift,” said GB assistant coach Corey Neilson.

“The big thing about this group is that they’ll never stop competing.”

Head coach Peter Russell says: “We’re in the toughest group we’ve ever seen, we have to take it a game at a time and not get too down on ourselves.

“We need to use each game to keep getting better within ourselves and learning as we go.”

Opponents Germany surprised almost everybody when they made the Olympic final in PyeongChang, and almost took the gold medal. Team Germany have been able to call up defenceman Korbinain Holzer (Anaheim) plus forwards Leon Draisaitl (Edmonton) and Dominik Kahun (Chicago) from the NHL.

Their squad also includes plenty of players from Germany’s top tier, the DEL.

Finnish Head Coach Toni Söderholm is in his rookie World Championships as the main man behind the bench, having previously been on the national team coaching staff for the U20 team in an assistant role.

Germany have reached the quarter-finals in two of the last three years, with the most recent in 2017 being in their home tournament in Cologne.