Newport-born Lewis is in the GB squad for their top flight challenge against…"> Welshman Joey Lewis is living the World Championship ice hockey dream with Great Britain in Slovakia. 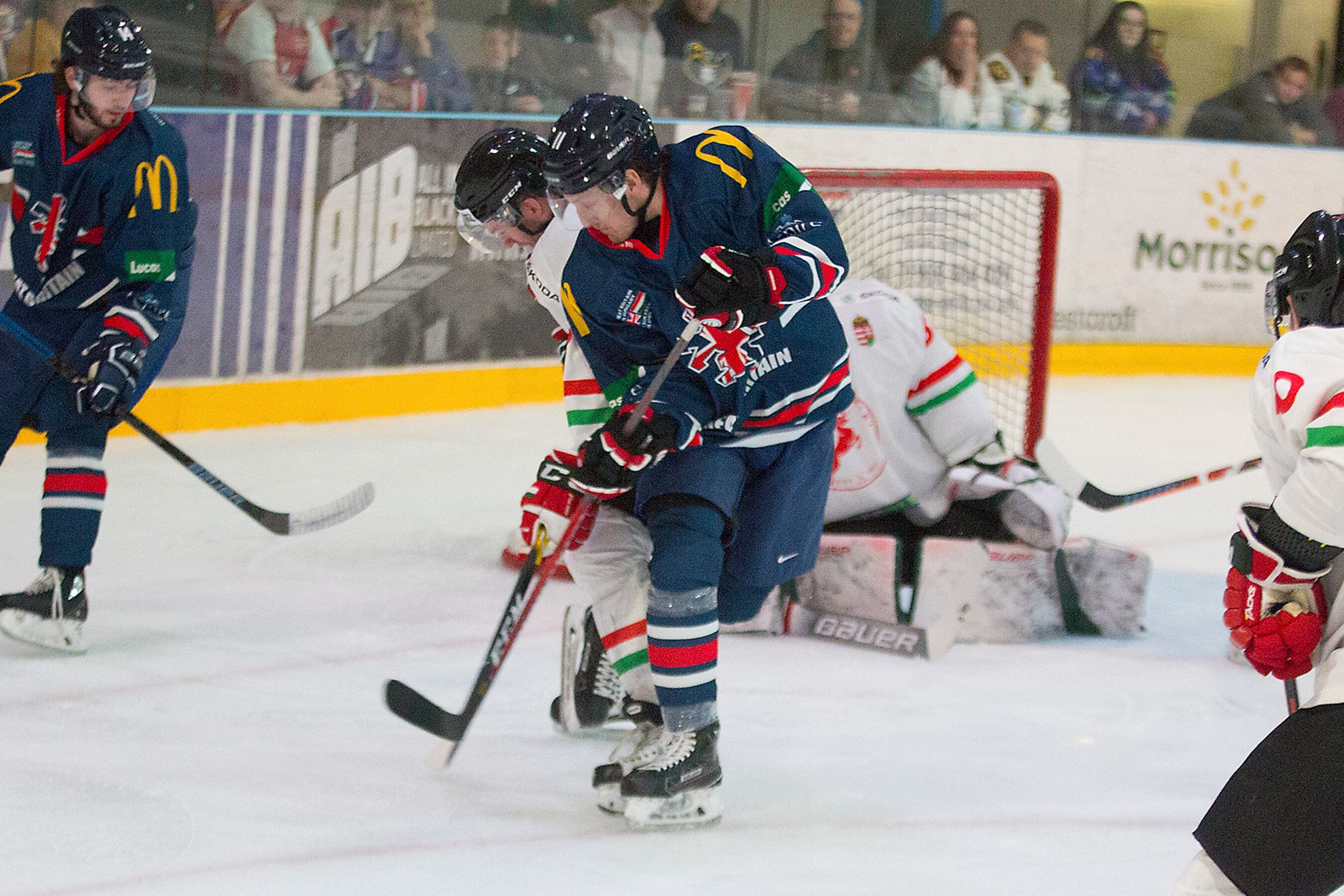 Newport-born Lewis is in the GB squad for their top flight challenge against Canada, USA, Finland, Germany and more in Kosice.

The 26-year-old admitted he was ‘gutted’ to miss out on playing in Britain’s opening match, a 3-1 defeat against Germany, but will hope to play against Canada at the Steel Arena this evening.

Lewis started his playing in South Wales at the old Wales National Ice Rink and says: “I always wanted to play for Cardiff Devils growing up.

Experience what it's like to prepare for #IIHFWorlds with @IceHockeyUK's Ben O'Connor as we take you behind the scenes during player portraits! pic.twitter.com/dXIay2aUKx

“It would be emotional and a proud moment if that ever happened.

“Devils were the ultimate club for me when I was young.”

Lewis now plays for ESV Kaufbeuren and admits it would be a big wrench to leave Germany after living and playing there for almost a decade.

“I have a German passport and German citizenship,” he says. “I see a long-term future there. I love Germany.

“Of course, it’s great to go home, see mum and eat fish and chips, but I’ve been in Germany for nine and a half years.

“That’s where my future is unless something changes. I could see myself finishing my career there.

“I just want to go out, play hockey and see how things go.”

Former Great Britain under-18 and under-20 international Lewis has been called up to the World Championship squad for the first time and is rooming with Paul Swindlehurst at the team hotel.

“I know Paul from juniors and that helped me settle in quickly,” says Lewis. “I also knew Ben Bowns, Thomas Murdy and Ben Davies from junior hockey.

“For most of the other guys it was my first time meeting them, but everybody has made me welcome.”

Lewis joined BBC commentator Seth Bennett to describe the action during a live broadcast on the Germany v GB match.

“I enjoyed it and would love to do that again,” said Lewis. “But it would be good to be ruled out because I’m on the ice.”

When Lewis was a teenager he scored 100 points over three years playing DNL (Deutsche Nachwuchs Liga), icing for EV Füssen and Iserlohner EC.

He was prolific for Hammer Eisbären and Tölzer Löwen, firing 159 points scoring 57 goals and 102 assists.

GB were beaten 3-1 by Olympic silver medalists Germany and defenceman David Phillips said: “We gave it a great go, but came up a little short.

“We matched the eighth best team in the world for much of the game, but just let them get away at the end.

“We all feel disappointed which shows how far we have come in recent years.

“If a few chances had gone our way – and we had some great opportunities – who knows what might have happened.”

“It’s going to be a big challenge that’s for sure,” said Phillips.

“It’s one of the more high-profile games of the tournament for us, but we have such a great spirit so we will give it our best shot.”

Note: John Tavares was named to the roster but will not participate due to injury.