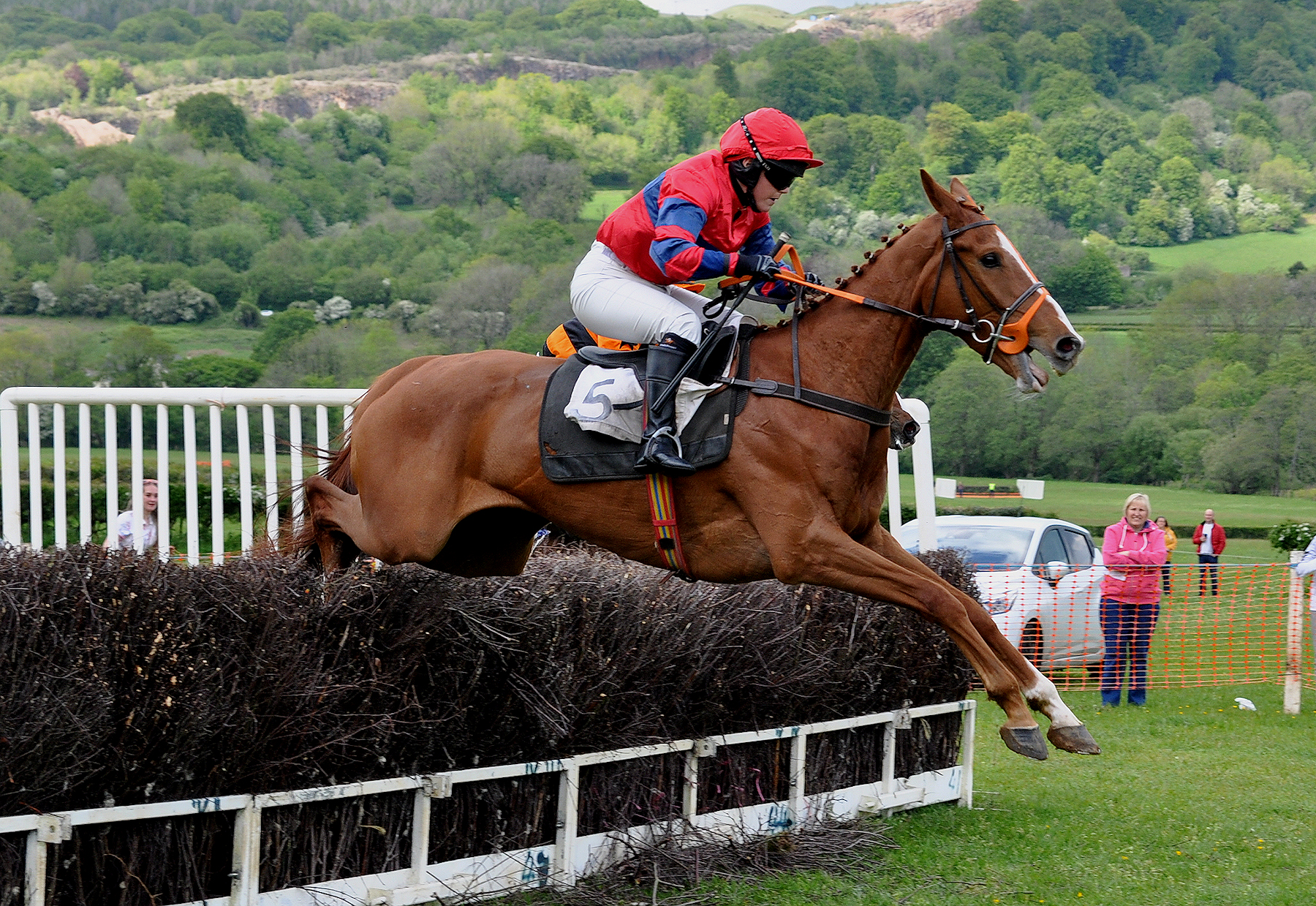 In a thrilling finish to the young horse maiden race four of the nine runners were still in with a shout approaching the final obstacle at pictureque RhydyGwern, Lower Machen.

Isabel, on the four-year-old ex-Irish horse Flash Klass won by a length from the Jodie Hughes-partnered MoreHurryLessHaste.

Willcox, who trains the horse, said he backed Flash Klass and also revealed that  they had bought him from Ogmore-By-Sea trainer Christian Williams.
“He’s  a lovely horse to train, but I had a job getting him to the course as he didn’t want to go in the horse box” said Willcox.
West Wales’ Ben Jones, who has been making a name for himself this season, took the mixed open race on the Karen Hobbs-trained Princely Player and also the restricted race on the Amber Mathias-trained Ardview Boy.

Princely Player, at 12 the oldest of five runners was put in a handy position throughout and scored by three lengths from King’s Cross, chalking up his third win on the trot.

“He sulked and made hard work of it,” said Ben.

He had an easier ride on Ardview Boy. Who was always travelling well and won by 12 lengths from the Bradley Gibbs partnered Five Gold Bars.
Three  of the four entries for the members’ race went to post and the blinkered Holy Water, ridden by Cowbridge’s Byron Moorcroft and who won the best turned out award, was odds-on favourite.

However, James King, aged 23 and from Gloucester, had the 11-year-old
Ruperra Tom in a handy position throughout and went on to score by one-and-a-half lengths.
James, who has ridden more than 30 winners under Rules, said: “It was Ruperra Tom’s jumping that won him the race.”
Ruperra Tom, owned by John Rees and former Welsh champion rider Tim Jones, and is trained by Pembrokeshire’s Michael Bowen.
Merthyr Mawr’s Jack Tudor took the three horse confined race on Desert Row after odds-on favourite The Girl From Milan, who had tried to make every post a winning one, was pulled-up jumping the 11th fence after appearing to have broken down.
Desert Row, a 10-year-old bay gelding, is trained by Jack’s father Jonathan a former rider of note and was winning for the fifth time in all.
Matthew Barber from West Wales, riding the well backed Where Now ran out a three lengths winner of the aged maiden race, finishing ahead of Buck’s Best.