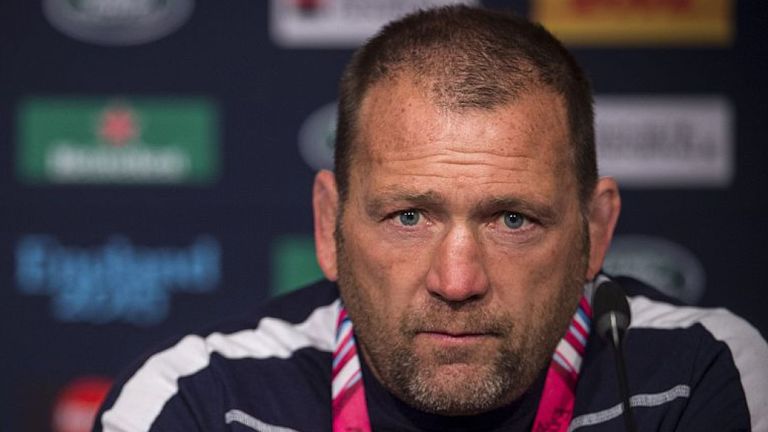 Jonathan Humphreys admits he will leave Scotland to return to Wales with a tear in his eye – but wants a trophy to soothe the pain.

The former Wales captain is due to link up with Wayne Pivac this summer as they shadow Warren Gatland and his current coaches, before taking over from them after the World Cup.

But before then, Humphreys – who has spent six years coaching in Scotland – has his attention fixed on Friday’s Guinness Pro 14 semi-final between his Glasgow Warriors side and Ulster.

“I have been putting off thinking about that and you are making me think about it now,” said Humphreys when asked about his final days in Scottish rugby.

“I have loved it. Being in Scotland has been incredible for me. I love the people, the people I coach with. It has just been brilliant.

“It will be a massive wrench to leave, but the key is now to make it go on for the next couple of weeks.”

Humphreys left his role as forwards coach with the Ospreys in 2013 before being appointed as an assistant coach with Scotland. Two years ago he moved back into regional rugby to become part of the resurgent Warriors set-up.

Now, he wants to leave the Pro14 as part of a side heading for the Pro 14 final if they can win Humphreys’ final game at Scotstoun.

Last season, the Scarlets turned over Glasgow at this stage but Humphreys says they have learned the lessons of three weeks of rugby inactivity.

“We have done a lot of in-house competitions, trying to keep the competitive edge we have got,” he said. “We were here this time last year, so we sort of know what not to do.

Head coach Dave Rennie’s side qualified for the play-offs early in 2018 and won just three league games after the New Year. This season, they have finished strongly, winning their final eight league fixtures, a run which included a 30-7 victory over Ulster.

“It’s not ideal but we feel we are in a pretty good spot,” said Humphreys. “It’s something we have talked a lot about all the way through the season.

“When we reviewed last year, we felt we came to the end and perhaps our energy levels weren’t where they needed to be.

“So we have tailored a lot of things differently this year. We needed to be in a position where we play our best rugby now and hopefully that’s going to be the case.”

“But everything has been about competitions, whether it’s fun, we have been trying to push the competitive element to everything we have done.”

Glasgow lost to Saracens in the Heineken Champions Cup quarter-final, but that defeat has made the Warriors more determined to win their domestic league competition, according to Humphreys.

“We want to get better and we don’t put a ceiling on that. Saracens are the best team in Europe, but we didn’t perform that day. That gave us the kick that we needed.

“Every time we go out on the training field we need to be better when we walk off compared to when we walked on. The level of performance against Edinburgh recently was good but we have to be better.”