Great Britain need at least one win from their remaining two fixtures if they are to stay in the top tier of World Championship ice hockey.

GB slipped to a fifth successive defeat at the…"> Great Britain need at least one win from their remaining two fixtures if they are to stay in the top tier of World Championship ice hockey.

GB slipped to a fifth successive defeat at the…" /> 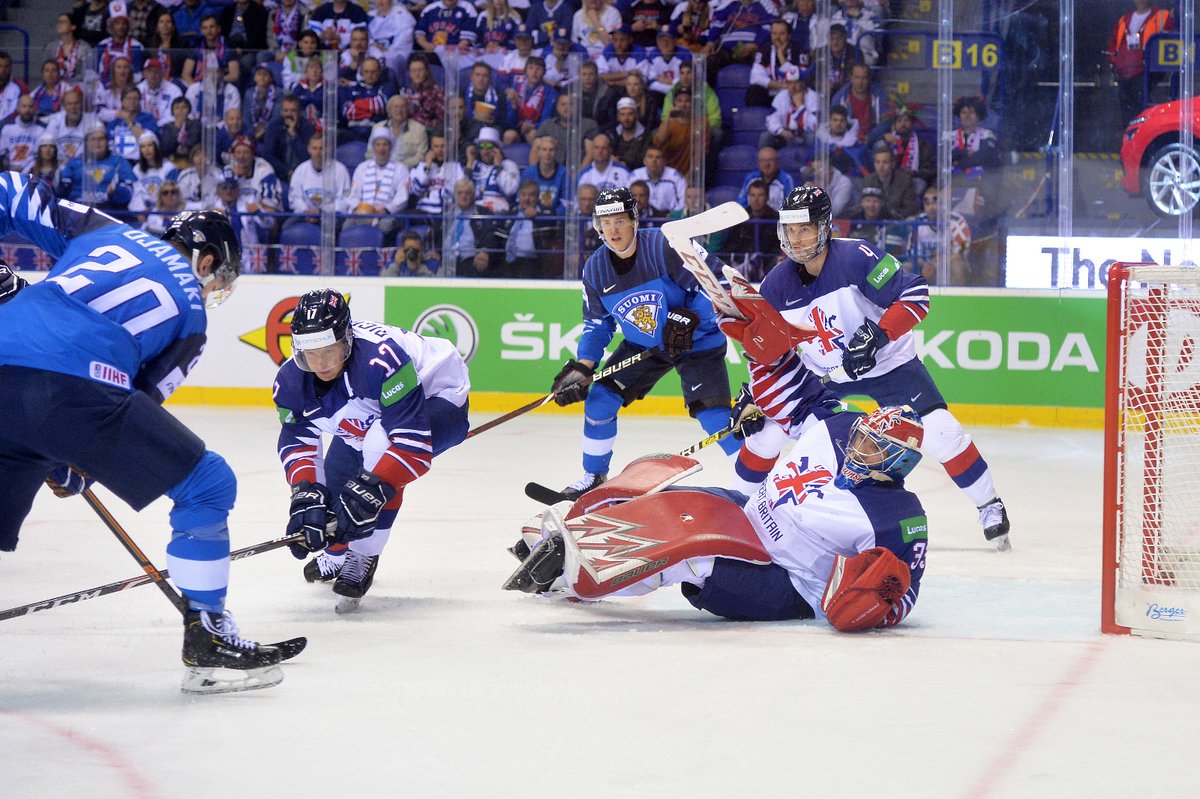 Great Britain need at least one win from their remaining two fixtures if they are to stay in the top tier of World Championship ice hockey.

GB slipped to a fifth successive defeat at the Steel Arena in Kosice, going down 5-0 against Finland in Slovakia.

The defeat leaves Pete Russell’s side bottom of group A with matches against hosts Slovakia and France to come.

The clash with France surely offers the best chance of the win that GB desperately need.

IHUK TV, in association with McDonald's, has the goals from Great Britain's 5-0 defeat by Finland in the World Championship in Slovakia.

The game against fifth seeds Finland was scoreless at the end of the first period, but three goals in the second all but ended the match.

Britain face Slovakia on Saturday, while they have a rest day on Sunday before playing France.

A final group game against France – who currently sit seventh of eight teams – will follow and the fixture could well decide which team finishes bottom of Group A.

The bottom placed country in both the eight team divisions contesting the World Championship will be relegated to Division One A for 2020.

Our exceptional and much-loved equipment manager @Taff2520 is currently giving the @IIHFHockey media team a guided tour of the locker room. Look out for the feature on Monday pic.twitter.com/g3qf7Rh8kP

“An empty net goal and then a late power play marker for the Finns gave the scoreline a more one-sided look than GB deserved.

“Defensively they are improving with every game and look to be adjusting to playing at the top level.

“Head coach Russell continues to tinker with his line-up to try to find the winning formula and is not far off getting the balance right.

“Winger Robert Dowd is putting together a really good series of performances and now just needs a goal to reward his hard work.

“Liam Kirk is beginning to find his feet and played his game of the tournament at both ends of the ice and Robert Farmer had his best game since arriving in Kosice.

GB duo Robert Lachowicz and Stevie Lee did an interview this lunchtime outside the hotel with Slovakian TV ahead of this evening's game with Slovakia in Kosice. pic.twitter.com/RyW9yBajuG

“The one concern will be the lack of powerplay goals.

“To beat France in that relegation decider you would think that GB will need to have the better special teams of the two sides and that means getting a few goals with the man advantage.

“Next up it is the hosts Slovakia on Saturday which will be played in a crazy atmosphere. It will be an entertaining night.”

Great Britain meet Slovakia this evening in the Steel Arena as they play their sixth game at the World Championship in Kosice.https://t.co/wzRWiPCMgi pic.twitter.com/BtcmnmtD3z