Captain Jonathan Phillips and his GB team are bottom of their…"> Great Britain 1, Slovakia 7

Captain Jonathan Phillips and his GB team are bottom of their…" /> 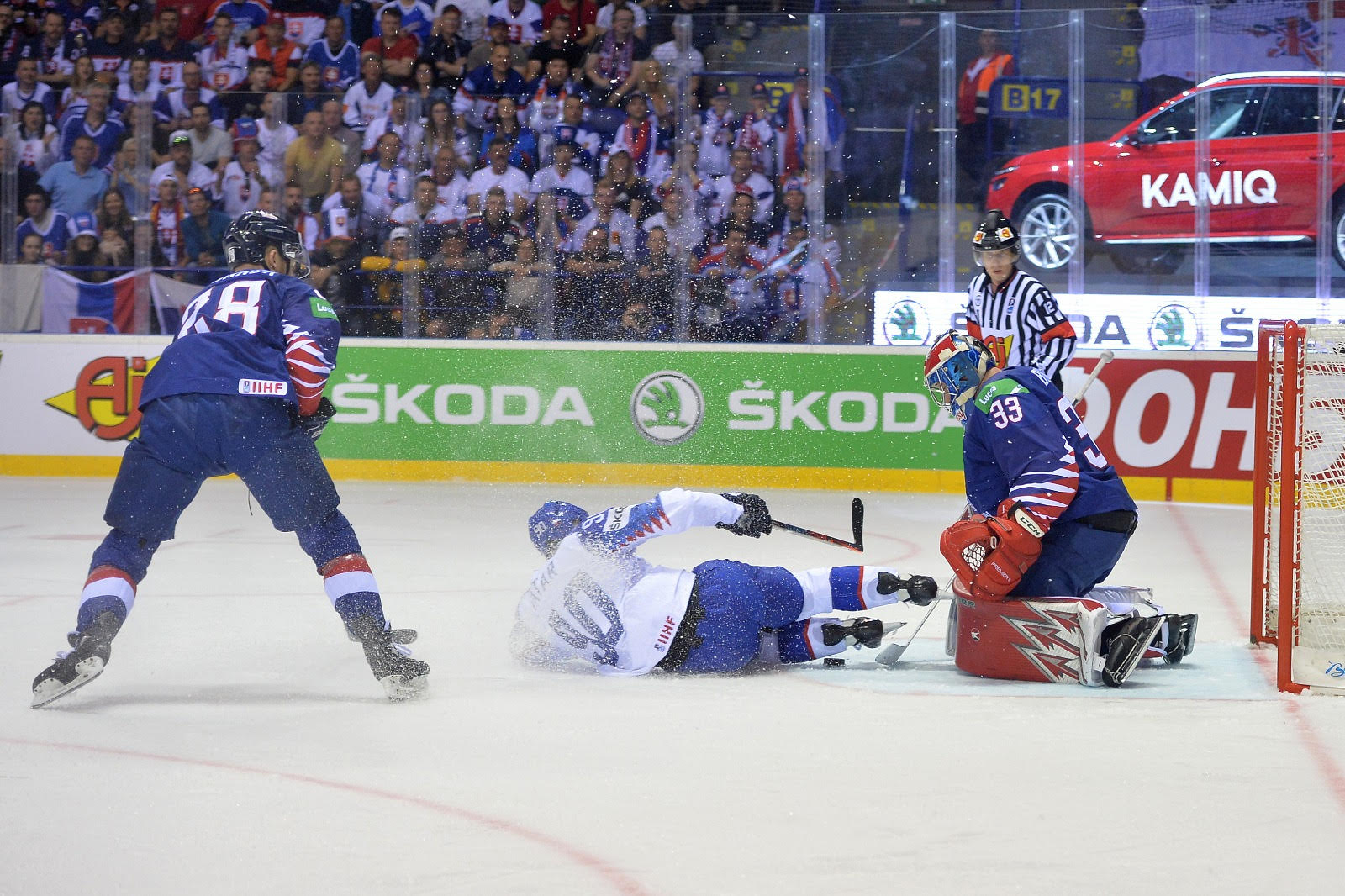 Captain Jonathan Phillips and his GB team are bottom of their group after six successive defeats, but victory against France could yet keep them in the top flight.

That is Britain’s last fixture in the 2019 top tier, while France take on Finland this evening and then GB on Monday.

If France lose against Finland GB know victory on Monday would save them.

“There is great belief in our room and we know we have been close in some games to picking up a positive result,” said goaltender Jackson Whistle.

“We know it will probably come down to Monday against France and we will be focused and ready to go.”

Whistle played over 44 minutes against hosts Slovakia after replacing Ben Bowns at the Steel Arena in Kosice.

“It was good to get some ice time,” said Whistle. “We came up against another top quality team, but credit to the boys. They kept on going.

“I felt we got better as the game went on and we finished strong.”

Mike Hammond was on target for GB late in the first period against the Slovaks as he scored his third goal of the tournament.

There was also a debut cap for Cardiff Devils goalie Tom Murdy. He took to the bench in the first period after Whistle replaced Ben Bowns.

He was withdrawn after taking a minor knock.

Slovakia scored twice in 21 seconds as Andrej Sekera’s shot from the blueline took a deflection to deceive Bowns (2-04), while Tomas Tatar was first to a loose puck to force it over the line (2-25).

Martin Marincin’s powerplay blast from the blueline made it three at 9-02 before GB made a change in net as Whistle replaced Bowns.

GB pulled a goal back when Hammond jumped onto a loose puck and went five-hole after Mark Richardson’s shot was saved (17-44).

Whistle made a great save after only six seconds of the second session to frustrate Libor Hudacek who broke away from the face-off.

Marian Studenic fired low for Slovakia’s fifth (29-09) and Matus Sukel scored short-handed on a two-on-one break after Whistle had made the initial save (35-11).

Whistle denied Ladislav Nagy with a great pad save from close range as Slovakia continued to pile on the pressure, before David Bondra completed the scoring (58-00).