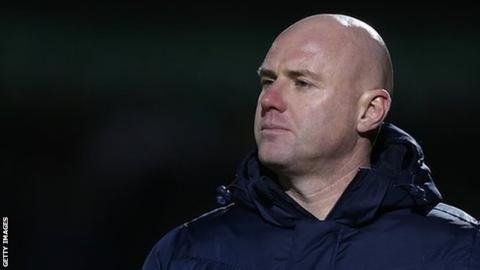 Rob Page’s Wales under-21 were edged out 2-1 in their friendly International against Albania at the Selman Stermasi Stadium in Tirana.

The match was the first of two friendly matches and the teams meet again on Tuesday.

Wales were without Cardiff City’s Cameron Coxe, who was injured during training, while there was a welcome return to the squad for midfield player Jack Evans.

Swansea City’s Evans was diagnosed with cancer less than 12 months ago, but has made an inspiring recovery.

“Jack has been a credit to himself and his family with the way he has conducted himself through the last year” said Page.

“It’s been a turbulent year for him to say the least. It was the worst news any young man can have, but what I’ve seen in training is that he looks like he’s been given a second chance and has the bit between his teeth.

“He’s worked his socks off at Swansea and after they sent him to Trinidad & Tobago on a training programme he returned back fitter and sharper from that experience.”

The kick-off in Tirana was delayed because the match officials were held up in traffic.

When the match did start Wales were played with intent from the off in temperatures of 30 degrees plus.

Cole Dasilva volleyed over for Wales, while Nathan Broadbent’s shot was blocked.

Poole played in a dangerous delivery and Broadbent went close during a goalless first half.

Evans shone for Wales in midfield and the away team could feel satisfied with their team performance, although they badly needed a goal.

Niall Huggins took over from Evans for the second half, while Harry Clifton replaced Alex Babos.

A defensive error three minutes into the second half gifted a goal to Albania with Roni Broja scoring.

The same player made it 2-0 on the hour when he raced clear and finished in style.

Wales used four substitutes during the second half and one of them, Tom Pugh, pulled a goal back with 10 minutes left.

The visitors piled on the pressure and Harry Clifton went close with a glancing header after good work by Rhys Norrington-Davies.

Hosts Albania held on for the victory, but Wales had played well enough to have earned some reward. They fell short because they failed to take chances created.

The matches are final preparation for Page’s players ahead of the 2021 Uefa under-21 Euro qualifying campaign which starts in September with a home double header against Belgium and Germany.

Full Wales under-21 in Albania):