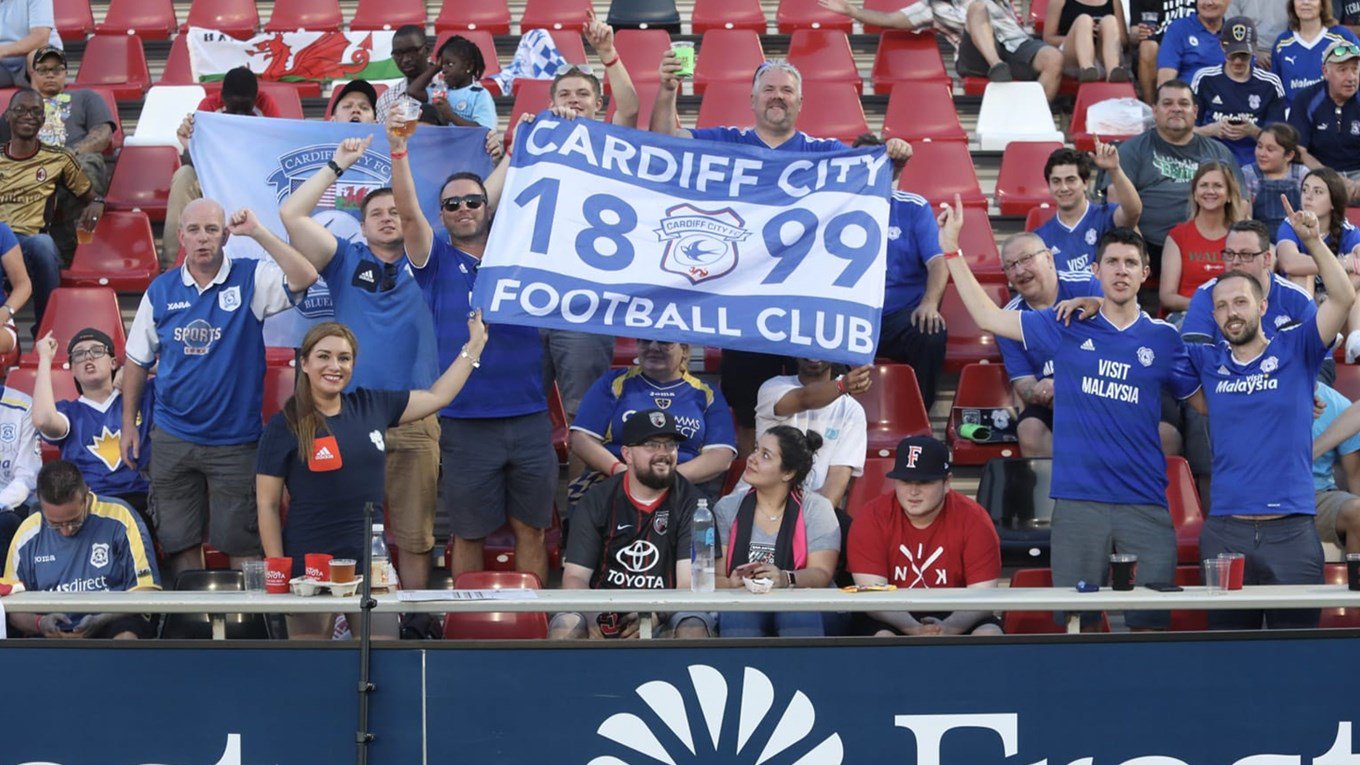 Nottingham Forest are among City’s Championship rivals, while Powell seems to have become a big Cardiff fan since he met manager Neil Warnock and Co.

“Heartfelt thanks to Cardiff for choosing to play San Antonio,” said Powell. “I am grateful to the gaffer (Warnock) and bringing his team here.

“I wish the Bluebirds nothing but the best in their new season. Humble club with great people – a great club.

“My team played with intensity and produced an outstanding performance against quality opposition. We had eight teenagers out there, including two 15-year-olds, over the gamed we are proud of that.”

Josh Murphy scored Cardiff’s winning goal just before the hour, netting from a penalty after he was brought down by the home goalkeeper.

The Bluebirds are the first current or former Premier League team to play in San Antonio and their visit attracted 7,723 spectators, their second-highest attendance of the season.

Cardiff have trained at UTSA (University of Texas, San Antonio) during their build-up to the opening fixture of the trip to North America.

“The facilities are excellent and we needed a good blow early on to get the tour underway,” said Warnock.

“We trained from 8.30am because it gets very hot towards midday. We will be training early mornings and early evenings to make sure we get the best out of the lads. You can’t prolong these sessions – they have to be short and sharp.”

Bluebirds’ under-23 players Cameron Coxe, James Waite, Ciaron Brown and Aaron Bolger are in the group and Warnock says: “We have four young lads with us.

“They ended last season really well and are happy to be here with us. It will be interesting to see how they cope in the coming weeks and whether they’ll become first-team squad members or will need to be loaned out again for further experience.”

Baby Decordova-Reid, who started and played for 70 minutes against San Antonio, says: “It is hot and humid, but we are enjoying the work.

“We are trying to be creative, play with freedom and hopefully score a lot of goals. The core group from last season are still here and our aim is to build and push on.”

Mexican forward Éver Guzmán is San Antonio’s current top scorer for the USL season with five goals from 16 appearances, while Argentine winger Brian Gómez has crafted most assists to date with three from 13 appearances.

Etheridge will be number one from the start of 2019-20 with Day his back-up and Alex Smithies number three. Brian Murphy’s contract with the Bluebirds ended this summer.

Nelson is tenacious, physical and effective.

City’s third new signing, Will Vaulks, played a role on the right of midfield. He was sharp, full of energy and can clearly pick a pass.

Cardiff’s 1-0 win set their three-match tour of North America off to a winning start.

New Mexico United are Cardiff’s next opponents in Albuquerque next Friday.

The Bluebirds then head to Canada and finish their three-match tour by meeting La Liga side Real Valladolid in Edmonton.

While Warnock’s senior squad are in North America, their under-23 team, with Andy Legg head coach, are in Devon for their match at Tavistock Town on Monday.