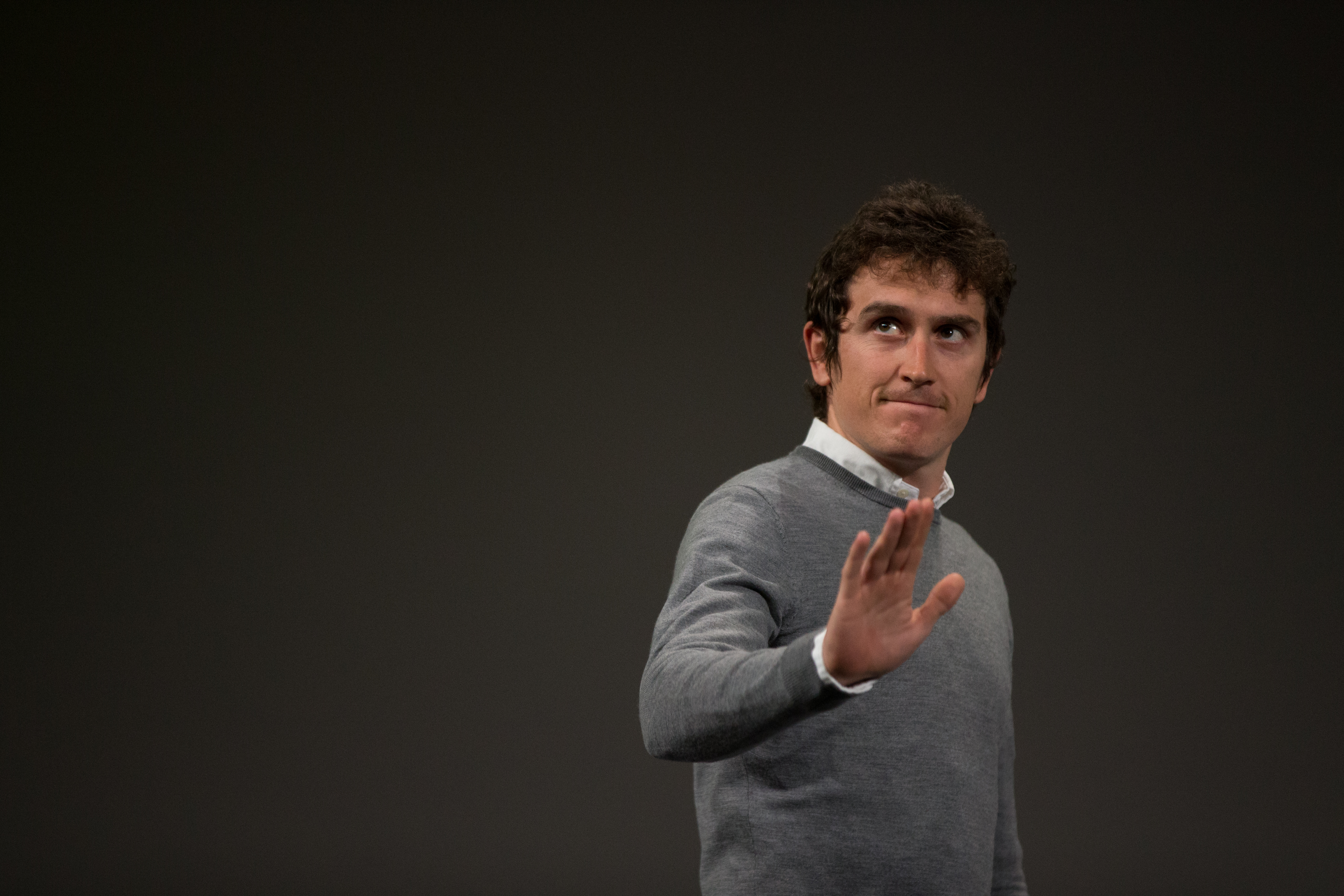 Thomas at the Tour de France 2019 route unveiling in Paris.

Thomas accepts that his bid to win for a second successive year is over, saying: “Going into the last stage with Egan in yellow, the main thing is that he finishes the job now,” says Thomas. “For sure he has decent advantage over everyone else. So yeah, fully support him now.

“He’s been incredible from the start. Egan is a phenomenal talent and we all said last year that he’d win the Tour one day, even if we maybe didn’t expect it to be this year.

“He’s been super strong and shown he’s been climbing one of the best here. We just need to finish this job now.”

Colombian Bernal has taken over the yellow jersey and that means Thomas will do all he can to help the Ineos rider win the tour.

Bernal said it would be ‘crazy’ if Thomas attack on the final competitive stage now and talked about being the new leader: It’s incredible. When I had the yellow jersey I wanted to cry.”

Thomas and the rest of the team will rally behind the new maillot jaune (yellow jersey) as he looks to finish the job at Val Thorens on Saturday, a stage which has been shortened to 59 kilometres win safety ground.

The balance of power between the 2018 champion and the 22-year-old Bernal swung away from Thomas on the two stages in the Pyrenees last weekend and again on the first outing in the Alps on Thursday.

On Friday’s stage 19 Bernal attacked 5km from the top of the Col de l’Iseran and was heading solo down the descent towards the final climb to Tignes when the race was suddenly aborted due to a storm which had left ice and landslides on the road.

Times were taken from the top of the Iseran, meaning Bernal took the yellow jersey from Julian Alaphilippe and he now leads by 48 seconds. Thomas, meanwhile, who had attacked before Bernal went and slotted into a chase group with Steven Kruiswijk, is now third at one minute 16 seconds.

Thomas was driven to the finish in Tignes to undergo a doping test, while Bernal pulled on the maillot jaune.

Ineos, as a team, are now in a strong position and Thomas talked about about stage 19 being aborted because of hailstones and a mud-slip which forced the decision.

“It was a funny one, because you kind of think, if we’d known that before, there’d have been more of a race to the top of the last climb, but it’s one of those things – it’s out of everyone’s control,” he said.

“Everyone was a bit disappointed. Nobody knew. If we’d known, we could have raced to top of that final climb, and it would have been different with Alaphilippe and everything.

“It’s all ifs and buts, but the main thing is we’ve got the jersey in the team now and we’re in a great position, so we just need to go and finish the job off tomorrow.

“When you see pictures, then it was right call to abort the stage, I guess.

“I saw some of the pictures with the hail and the road was completely covered. For sure it was dangerous to race like that. It looked impossible to pass.

“Just a freak day, really. But the organisers, they didn’t plan that. It’s what it is and you just have to accept that.”

Bernal almost kept going even after word came through his earpiece that the stage had been suspended as he descended the mighty Col de l’Iseran towards the day’s final climb.

“I was riding full gas downhill and I could hear they were saying ‘stop! stop!’,” he said. “But I didn’t want to stop. I wasn’t sure and I asked them to explain in Spanish. That’s when I understood.”

Race director Christian Prudhomme acted swiftly and decisively to end the race after learning of the flash hailstorm ahead, before footage of mud bursting on to the road and a snowplough overwhelmed by flooding quickly confirmed that it was the right call.

Later organisers revealed a truncated 59km route for Saturday’s stage 20 amid the threat of more landslides.

Race commissaires took the time of each rider at the top of the Iseran, elevating Bernal into the yellow jersey with a 45-second lead over Alaphilippe going into Saturday’s final competitive stage.

“I’m sure Alaphilippe would have made a bit of time on the descent. But if he caught the group in front, they wouldn’t have helped him. He would have had to do all the work. We’ll never know.”

Bernal was denied an official stage victory but he won’t worry about that. He was hugely emotional at the end, crying as he hugged teams colleagues, friends and family.

“I knew I was in yellow once I got in the car, but I didn’t believe it until I got the jersey Those are things you imagine or dream of, but I never imagined I would do this aged 22.”