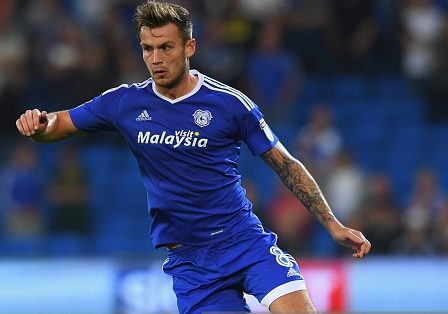 Neil Warnock’s Bluebirds finished their pre-season fixtures with an unbeaten record and now focus on next Saturday’s opening Championship match at Wigan Athletic.

Warnock’s men gained a win against a Nice team managed by former Arsenal and Manchester City player Patrick Viera and the manager will be delighted with a solid performance and a clean sheet in front of more than 6,500 spectators.

The home team, who used 19 players during the 90 minutes, had a majority of possession and rarely looked like conceding a goal.

Cardiff City still has one or two signings to bring in before the transfer window closes at 5pm next Friday and they are close to bringing Northern Ireland international Gavin Whyte to South Wales.

Midfield player Whyte is currently with Oxford United, but was left out of their squad for a pre-season friendly against Solihull Moors this weekend.

Warnock would also like to bring in a striker, possibly on loan, and was dismayed to see Gary Madine limp off injured, while substitute Omar Bogle had treatment on an ankle before playing on.

City have sold more than 18,000 season tickets for 2019-20, a figure which underlines the fact that manager Warnock and his players have succeeded in firing up the Bluebirds feelgood factor.

Joe Ralls had home fans celebrating after only 24 seconds when he finished a flowing move down the left with a stunning swerving shot beyond goalkeeper Yannis Clementia.

Cardiff set-up in a 4-4-1-1 formation against French Ligue 1 club OGC Nice with captain Sean Morrison and 6ft 6ins new signing Aden Flint at the heart of defence in front of Neil Etheridge.

Madine started at centre-forward, but limped off with an ankle problem after 26 minutes with Danny Ward taking over.

Mendez-Laing caught the eye wide on the right, while Ralls and Bacuna patrolled central midfield with purpose and conviction.

It was a feisty, physical first half a number of badly timed tackles, on both sides, and one of those, a Murphy challenge, led to a minor scuffle between players.

City made five substitutions just after the hour with Curtis Nelson, Will Vaulks, Bogle, Junior Hoilett and Lee Tomlin going on, while goalkeeper Joe Day and defender Ciaron Brown took over from Neil Etheridge and Joe Bennett after 71 minutes.

Bogle made an immediate impact when, running from the right, he surged past two defenders and went one-on-one with goalkeeper Yannis Clementia.

Martinique-born Clementia, 22, bravely went went at Bogle’s feet and blocked the shot with his legs.

Tomlin ran at Nice defenders and danced past one challenge before being brought down. He took the free-kick and went desperately close with a shot which just went wide.

Bogle was harassing Nice again when he ran in from the right and went for goal with the visitors putting the ball out for a corner, while Ward had a low shot fly past the ‘keeper only to be cleared off the line.