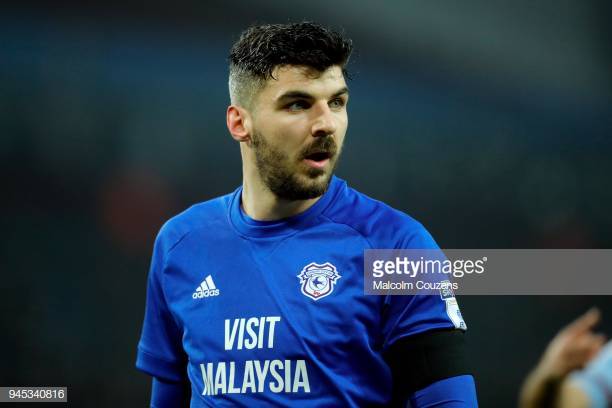 It was Paterson’s first match since March when he suffered an ankle injury while playing for Scotland and needed surgery.

His return to fitness is a welcome boost for the Bluebirds and he could be in contention for the Championship match against Luton Town at home next weekend.

Sol Bamba is Cardiff’s only long-term injury and he is expected to be playing again in October.

Three goals in seven second half minutes put Cardiff in control against Kortrijk and they eased to a comfortable victory. James Waite (2), Paterson and Ben Margetson were the scorers.

Smithies, Cunningham and Tomlin all completed the full 90 minutes.

City also started with 17-year-old trialist Tavio Kouakou Dalmeida, an Ivory Coast national born in France, in midfield. Dalmeida has linked up with Cardiff from Auxerre and this was his third appearance, having also played against Trefelin BGC and Haverfordwest County.

Paterson headed just wide after five minutes, while a long kick by Smithies picked out Tomlin and he flicked his shot just over.

Tomlin was at the heart of City attacks, causing problems for Kortrijk and looked certain to score when Paterson’s header sent him through one-on-one with the goalkeeper, but he was just offside.

Soon after Tomlin lifted a pass to Sion Spence, who chested down and volleyed just over the bar.

It was 0-0 at half-time, but Cardiff continued to press and went close when Tomlin fired against the bar.

Paterson scored on the hour when he fired home from 12 yards after Waite’s shot had been parried by goalkeeper Marlon Van Oost.

That was Paterson’s final contribution and he was replaced by Jake Evans immediately after scoring. Shamar Moore went on for Spence at the same time.

Margetson added City’s second goal a minute later, heading in from Tomlin’s corner, before Waite fired into the bottom corner after 67 minutes to make it 3-0.

Tomlin was denied by an outstanding save before Kortrijk pulled a goal back when Jasper Cornillie somehow squeezed a close range shot under Smithies and into goal.

Waite found the net after 78 minutes only for his effort to be ruled out on an offside decision, but he was not to be denied and added Cardiff’s fourth goal with a sublime chip from the right which floated over the goalkeeper’s head and dipped under the bar.

Cardiff City pre-season results for first team, under-23 and under-18: