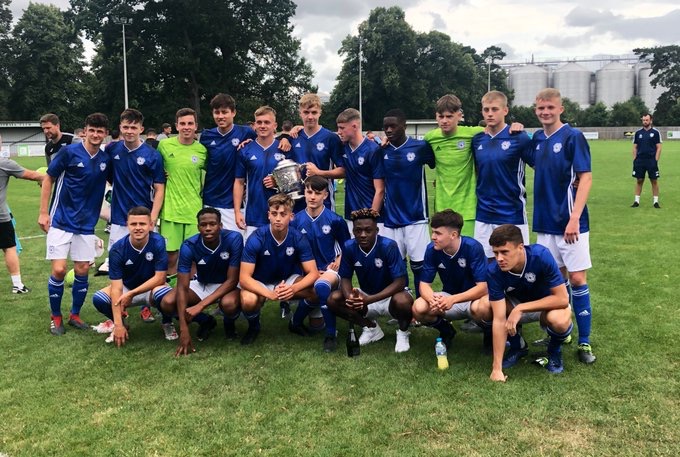 The Bluebirds produced a five-star performance in their under-18 pre-season match against Southampton at Staplewood Campus.

The Saints have one of the most acclaimed youth academies in Britain, but their under-18 team could not contain rampant Cardiff City.

Wales junior international Davies, aged 17 and under contract until next summer, scored twice for Cardiff and continues to impress for the under-18 team.

The former Aberdare Town Church in Wales Primary School pupil has been with Cardiff’s Academy since he was seven-years-old.

Davies, an agile, quick and aggressive centre-forward, was spotted by club scout John O’Sullivan when he was five and playing for local club Cwmbach Royal Stars.

“Isaak is a good player, a talented lad,” said scout O’Sullivan. “He could go a long way in my opinion because he loves the game and has the right attitude, which is half the battle.

“He’s a goalscorer, pretty quick and has a bit of everything.”