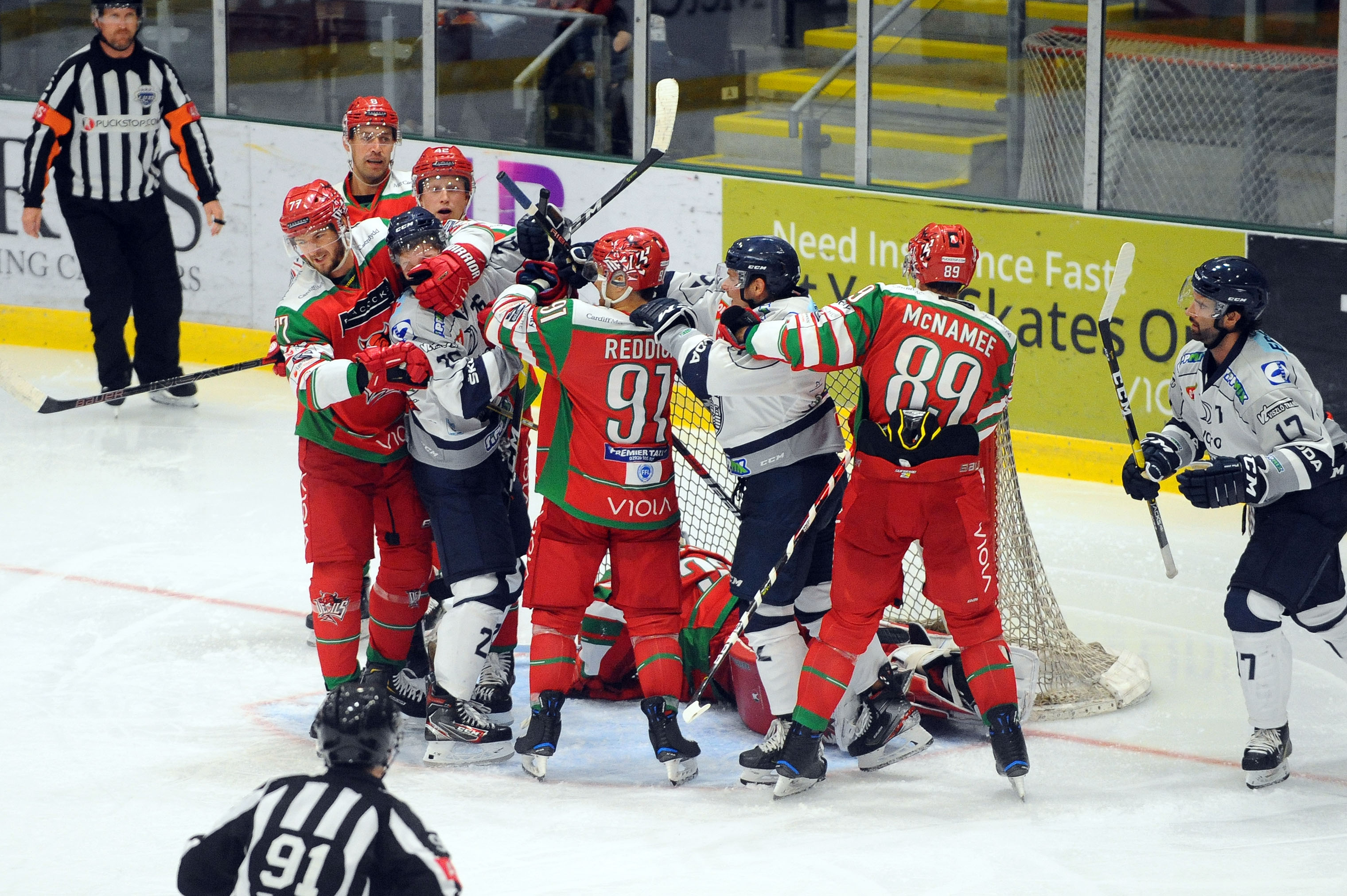 The teams play each other again at the same venue in Cardiff Bay this evening (6pm) – and it’s sure to be another hard-hitting and bruising encounter.

Fehervar AV19 had a player thrown out after 19 seconds of the first period, sent off on a five minutes plus game penalty for crosschecking.

Marjamaki, who played alongside Devils teammate Dixon played for Tappara in Finland, is a big, powerful and skilled forward who looks capable of making a big impact for Devils this season.

“I’m a hubby guy who gets along with everybody,” says Marjamaki. “I work hard on the ice, go to the net hard and try to help the team win in any way I can.

“I can help Devils with my speed, strength and size. I go to the net and good things will happen.

“Initially, I spoke to Dixey and he sold the idea of joining Devils to me and then I talked to Lordo. I also asked around about Devils was it became clear this is a top notch organisation.

“I only heard good things.”

A huge hit by Marjamaki on the opening shift of the game left Fehervar’s Andrew Sarauer frustrated enough to take a five minute major penalty and a game misconduct leading to the Devils first goal of the game.

Sarauer was thrown out and Sean Bentivoglio finished off a nifty play from Blair Riley and Gleason Fournier to make it 1-0 on the powerplay at 3-47.

The visitors levelled the score at 13-36 when Jonathan Harty blasted a shot through traffic to tie the game at 1-1.

Devils scored twice in the second period with Marjamaki finishing off a nice move in front of the net to score from a Bentivoglio at 25-50 with another powerplay goal to put the home team in front.

Joey Haddad then tipped in a shot from Gleason Fournier at 30-45 to give the home side a 3-1 lead.

Devils extended their lead with just under 11 minutes to play when Marjamaki scored his second of the game, again on the powerplay, this time taking the feed from Mike McNamee at 49-01 to make it 4-1.

Less than a minute later, Fehervar pulled a goal back with a powerplay strike of their own when Harri Tikkanen batted in a rebound through the legs of Ben Bowns at 50-30.

Fehervar had plenty of opportunity to pull another goal back with a 5on3 powerplay in the dying minutes, but Devils were up to task and eventually Haddad sealed the win with an empty net goal with 11 seconds left.