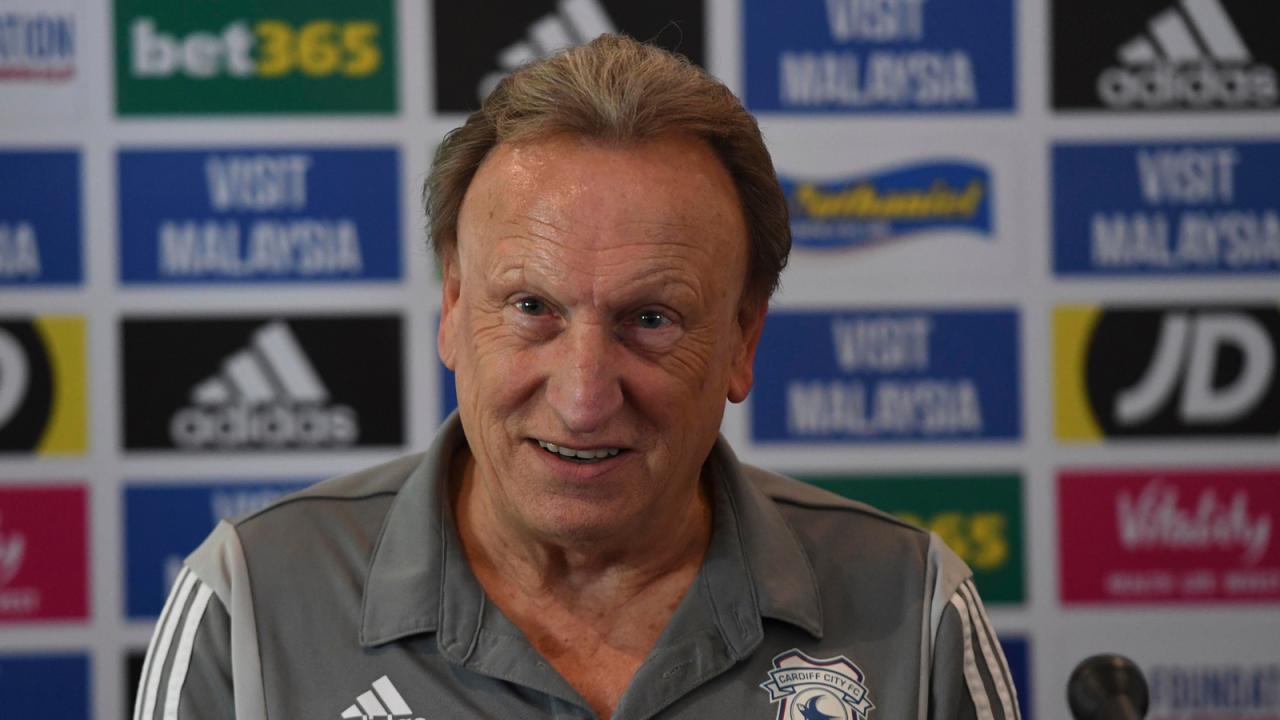 Harry Arter faces his Bluebirds pals, including Josh Murphy and Sean Morrison, when he plays for Fulham in their Championship visit to Cardiff City Stadium this evening (7.45pm).

AFC Bournemouth midfield player Arter spent last season on loan at Cardiff and now he is at the heart of Fulham’s bid to regain Premier League status.

“I speak to a few of the lads at Cardiff,” Arter told Fulham FC’s media team.

“Josh Murphy and Sean Morrison are the main two really. We have Bobby [Decordova-Reid] at Fulham now which is a great capture for us.

“I know a lot of the Cardiff lads and fans were disappointed to see him go. He has settled in really well here and it’s a shame he can’t play on Friday.

“It will be a tough game physically in Cardiff. They play a direct sort of football.

“There is no right or wrong way to play football, it’s what the manager feels is the strongest philosophy for the group of players he has.

“It was highly effective at times in the Premier League and I’ve no doubt it’ll be the same this year.

“The Cardiff lads will be really up for the game. The two clubs were rivals a couple of years ago with Fulham pushing for that automatic promotion spot, so the rivalry will be there for that alone. It will be a good game.”

A clause in Decordova-Reid’s loan agreement means he cannot be involved against City, but Arter will play in midfield for a Fulham team who have earned three wins from their opening five SkyBet Championship fixtures.

“That’s a good start,” says Arter. “The Championship is such a tough league. The games are relentless and consistency is always tough to find.

“The first 10 games are not always a true reflection of how the season will pan out, so it’s good that we’ve picked up some wins from really good performances.”

Fulham have earned league wins against Blackburn Rovers (home, 2-0) Huddersfield Town (away, 2-1) and Millwall (home 4-0), while they suffered defeats at Barnsley (0-1) and at home against Nottingham Forest (1-2).

🗣 "It will be a cracking atmosphere on Friday night…

"The place absolutely bounces when it’s a good crowd and you need that against the top teams."

“Neil’s been in it a long, long while,” says Parker. “He has vast experience and seen a lot. Then there’s me who’s dipping my toe, just starting out.

“He’s probably a good one to have a little chat with. Last season I had a little bit of communication with him and then again this year during the summer.

“Neil is vastly experienced and has done extremely well, especially in this league.”

“Harry Arter will be back, trying his hardest,” said Warnock during his pre-match press conference. “He was enthusiastic and really helped me last season.

“But it’s opened the doors, particularly with Bobby Reid going as well. Victor Camarasa isn’t in the team at Palace. The grass isn’t always greener, is it? Who would have thought Lee Tomlin would be back in the reckoning? Nothing surprises you as a manager in football.

“Camarasa was a gem, while we also miss people like Bruno Manga. I could see how Manga played in my sleep.

“Yes, every four or five games he would give a square pass away but that’s the way it is. But I can’t fault Aden Flint. He hasn’t been to blame for what we’ve conceded, and Sean Morrison has improved the last few games as well.

“Talk about stats, Fulham set a record amount 900-odd passes against Millwall, 84 per cent possession. They are a good side, but nothing to be worried about, nothing to be afraid of.

“They always have more possession than us when we play them. We can give them a good game and be positive. We did ever so well against Huddersfield. What we need to do is take our chances and put more pressure on teams.

“It’s alright creating five or six chances, as we did against Luton Town in midweek, but then you lose 3-0. You have to take your opportunities. We’ve had some really good chances.”

Warnock says Leeds United and Fulham are favourites to take the two automatic promotion places in the Championship – and picked out the Cottagers’ Aleksandar Mitrovic, saying: “The best signing they made was keeping Mitrovic. He’ll be on one hell of a contract, but good luck to him.

“Scott Parker has brought other players in – Anthony Knockaert, Ivan Cavaleiro – ands they have some quality players really.

“Our lads have a bit more of a spring in their step at the moment, though.

“There is a lot to come. It was always going to take a bit of time for partnerships to gel and things like that.

“I don’t think there’s anybody in this league we should worry about. We have to take our opportunities when they come.”

Callum Paterson is doubtful for the clash with Fulham, while Nathaniel Mendez-Laing, Marlon Pack, Neil Etheridge, Matt Connolly are all ruled out by injuries.

“Callum has not done anything since the game against Luton,” said Warnock. “We had to play him in central midfield because we had nobody else on the night and he had a good work-out.

“He picked up a couple of knocks and hasn’t trained.

“Mendez-Laing is a strange one. He said he was 100 per cent fit against Reading, but during last half hour we had to put him out on the wing as a passenger and yet they said there was not much wrong with him.

“We are looking at all the angles, medically. What’s caused this or what is it? That’s why we are being extra cautious to keep him away, probably not involve him Friday, because then he has got two more weeks over the international break and we can give him two weeks of training and make sure he’s right.

“We thought It was a hamstring strain, but the x-ray doesn’t show anything. It’s a bit of a strange one. He said he was fit but couldn’t sprint. So how could he be fit? It doesn’t make sense.”