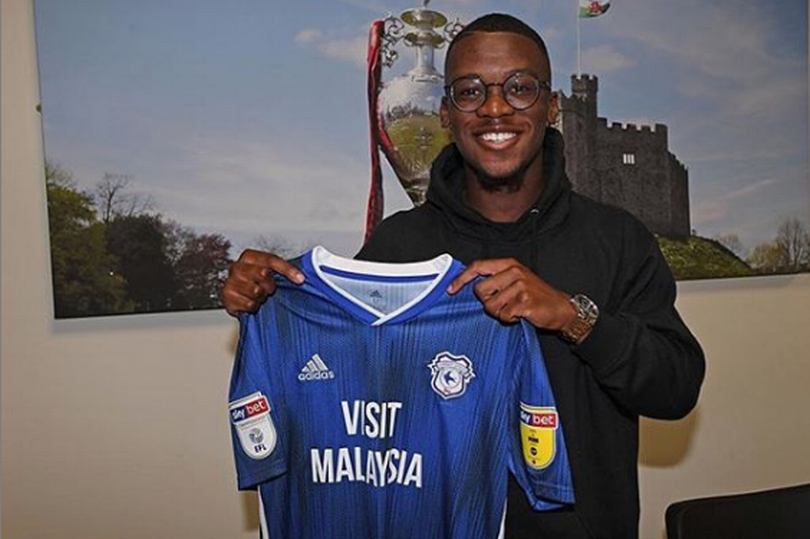 Coach Andy Legg made seven changes to his Bluebirds’ development team against Nottingham Forest and they slumped to defeat.

Soule, an 18-year-old striker who attracted interest from Borussia Dortmund last season, has linked up City from West Bromwich Albion. He scored in every round of the FA Youth Cup for Albion last season when they reached the semi-finals.

Soule almost set up a goal when his drilled cross into the six yard box just missed Madine, who was in position for a tap-in.

D’Almeida, an 18-year-old midfield player who was an unused Cardiff substitute for their Carabao Cup tie against Luton Town last week, played for the Bluebirds under-23 team against Forest.

D’Almeida was released by Auxerre after spending eight years in their academy system and joined City. He scored for Cardiff against Haverfordwest during a trial spell and has signed his first professional contract. D’Almeida has committed to Cardiff for three years.

Goals from Brennan Johnson (8 mins), Louis Walsh (33), Will Swan (73) and Yassine En-Neyah (90) led Forest to their third victory in four games and condemned Cardiff City to a third successive defeat.

Ben Margetson scored Cardiff’s goal from 12 yards after 71 minutes following Madine’s knockdown. At that stage Forest led 2-1 and they doubles their tally by the end.

Forest started the brighter of the two sides and opened the scoring when Johnson’s sublime free-kick flew over the wall and in off the crossbar past helpless Cardiff ‘keeper Murphy.

The visitors grew into the contest and created a good opportunity to equalise five minutes later. James Waite’s delivery was met by Jack Bodenham, but his header was well kept out by goalie Mario Siampanis.

The Reds doubled their advantage in the 33rd minute. Johnson turned provider when his lofted pass was controlled and finished by Walsh from close range. Forest took their two-goal lead into the break.

Teams are out, kick-off is moments away.

Cardiff scored their goal with 19 minutes left and it seemed they were back in contention, but Swan slotted Forest’s third into the bottom corner from Johnson’s threaded pass and then the home team were awarded a penalty in added time after Owen Gallagher was bought down by Murphy. En-Neyah converted the spot-kick to give Forest a fourth goal and a second home victory of the season.

The next under-23 fixture for the Bluebirds is against Bolton Wanderers at Cardiff International Sports Arena, Leckwith on Monday, September 9 (1pm).