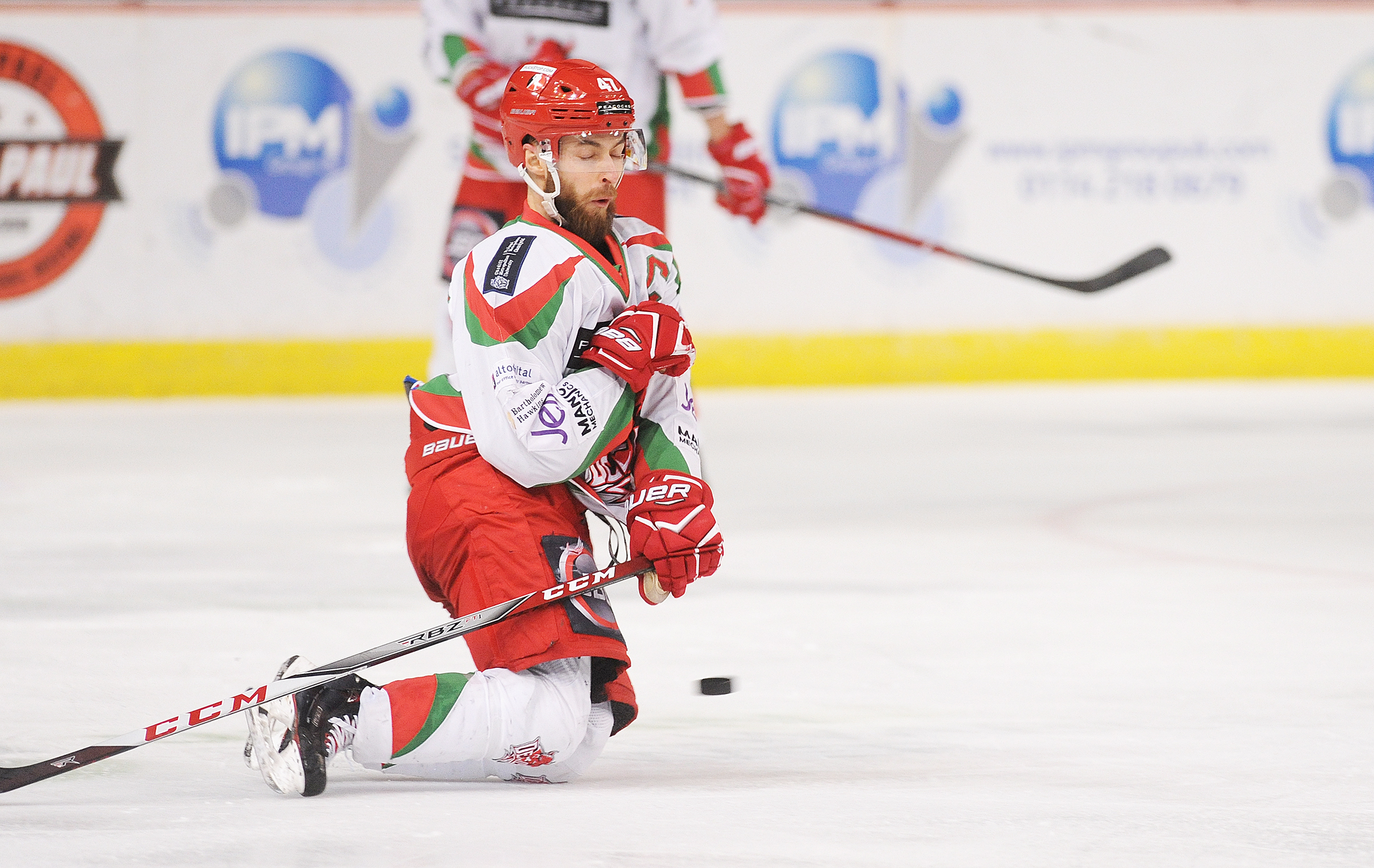 There is good news for captain Joey and captain Jake as Cardiff Devils prepare to start their domestic season with back-to-back fixtures at their Viola Arena home venue this weekend.

Newly-appointed captain Joey Martin is closing in on a playing return following a minor muscle injury, while immediate past captain Jake Morissette will be back on the ice this Sunday playing a role in a banner raising ceremony.

Devils host Guildford Flames for the official home opener of the 2019-20 Elite League Challenge Cup campaign when they will be wearing their specially designed black uniforms with the Cardiff skyline printed onto the jerseys.

On Sunday, when Glasgow Clan visit for an Elite League fixture, Devils will be raising the play-offs Championship banner, earned with a win against Belfast Giants in the final, high above the ice before face-off.

‘Mo’, the most successful Devils’ captain in the club’s history, has been invited back to take part when the latest championship banner is raised.

Head coach Andrew Lord talked about Martin, saying: “Joey is back on the ice skating, getting closer and closer to full fitness.

“We have a long, hard season ahead and we won’t be taking any risks, but he’s certainly not far away.”

Welshman Ben Davies, a former Bishop of Llandaf School pupil, will be in the Flames team in Cardiff Bay on Saturday (7pm face-off), having scored 17 goals and 42 points in 74 matches for the team last season.

“I’m really excited to be back with Flames,” said ex-Devils forward Davies. “I hope we can build on the successful two years we’ve had in the EIHL and bring some trophies to the club.”

“Ben is a tenacious, hard working player with good speed, who can play in a lot of different situations at both ends of the rink,” says Guildford coach Paul Dixon.

Devils have played four Champions Hockey League group fixtures so far, against both Graz 99ers and Mountfield HK, and are leaders with three wins.

They now face the reigning CHL champions, Sweden’s Frolunda Indians, in two matches which will decide whether Cardiff progress to the knockout stages.

Both games this weekend are covered by season ticket, while there will be a free post-game skate on the main pad.

Great Britain have confirmed their schedule for the Olympic qualifiers at the Motorpoint Arena in Nottingham in February.

Top seeds Great Britain will be joined by Hungary and Estonia plus a qualifier from the previous round.