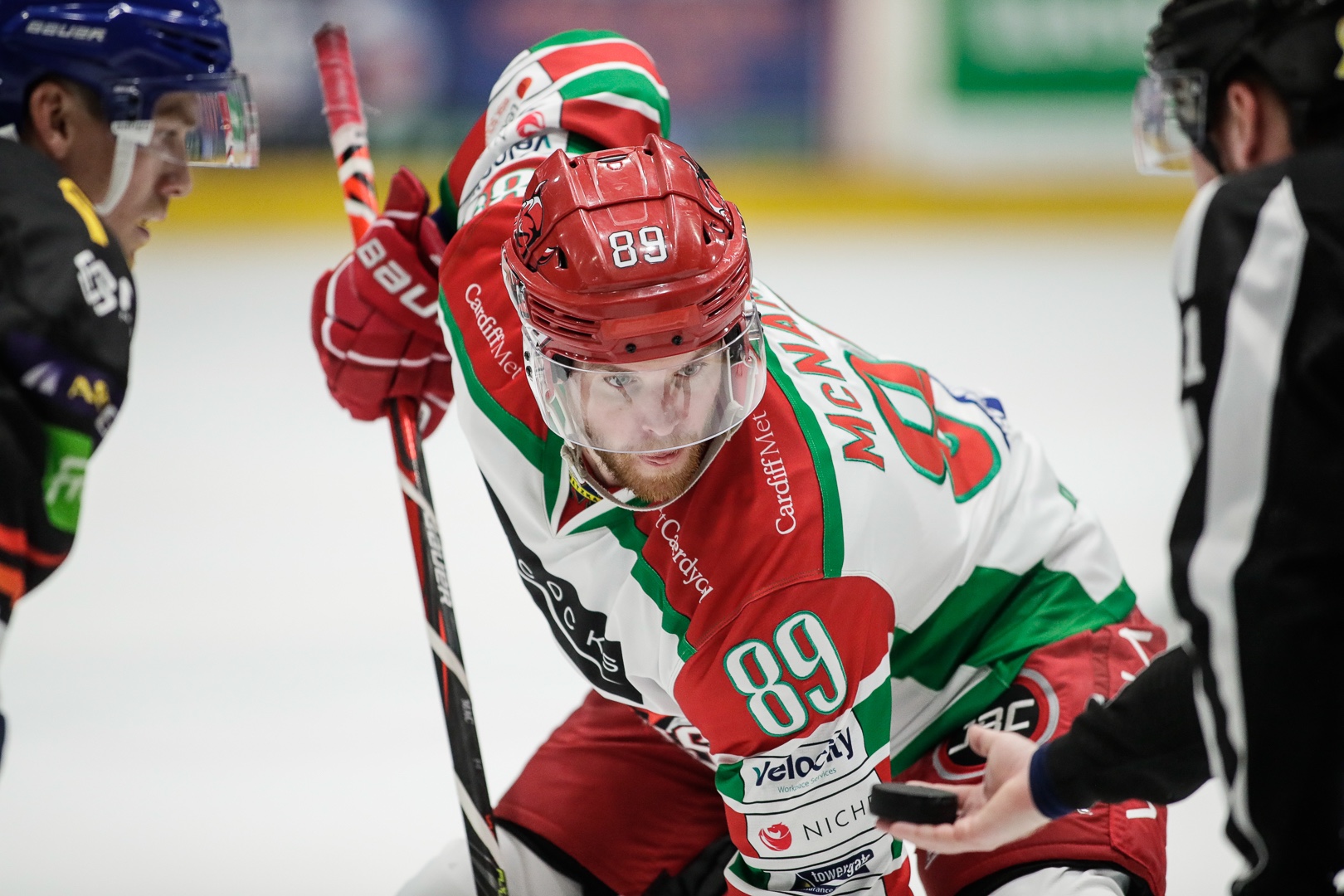 Head coach Lord was angry at the manner of defeat and said: “That was totally unacceptable to be honest.

“That first period was one of the poorest periods I’ve seen in . . . . I can’t even remember how long. We took penalty after penalty.

“You can’t play shorthanded for a whole period.

“Coventry played extremely hard, just how we knew they would play, and executed well.

“This defeat at Coventry is a big wake-up call. We can’t walk on water just because we’ve won a few Champions Hockey League games.”

Devils are top of their CHL group with two fixtures – against Frolunda Indians home and away – to play, while they also lead in the Challenge Cup, ahead of Blaze and Guilford.

The trip to Coventry was Cardiff’s third fixture in four days, but that is no excuse for a comprehensive defeat.

Blaze did not pick up a penalty until moments before the 50-minute mark, while Devils had incurred 14 minutes of penalties by then. They were called for hooking (three times), delay of game when the puck flew over the Plexiglass, slashing (twice) and tripping.

Devils were again without injured import trio Joey Martin, Blair Riley and Evan Mosey. Josh Batch stepped up from Devils’ fourth line to take over from Riley alongside Charles Linglet and Mike McNamee.

Cardiff started badly with a penalty called against them after 11 seconds and after a successful kill, they were back in the box five minutes later and then found themselves killing a 5on3 penalty for just over a minute.

Blaze opened the scoring through Justin Hamonic (12-43) and doubled that lead on the powerplay at 17-54 with Evan Bloodoff netting.

Devils were reeling at 4-0 down after two periods and, although Sean Bentivoglio slammed in a loose puck after a shot from Matthew Myers (45-24) and hit a post, they could only score once.

Goalie Ben Bowns was pulled and Alex Forbes scored into the empty net to complete a 5-1 win for Blaze.

Netminder Jamie Phillips was Blaze man of the match and said: “We played for the full 60 minutes against an extremely strong Devils, but on the night we were the better team.”

Former Devils Schiestel and British winger Luke Ferrara both played key roles in the win. Shiestel scored a goal, while Ferrara, who made one appearance for Cardiff during 2012-13, added three assists.

Ecstatic Blaze coach Danny Stewart said: “That’s the way we need to play every night. If not, we have to get as close as we can.

“We had five good period over the weekend. The second and third periods in Fife were very good, but one bad period cost us game (3-6).

Jamie Phillips was great in net against Devils and the D-corps were tremendous.

“They have been a little bit high risk at times, but defended well against Cardiff.

“Our forwards were a bit more direct than we have been. Credit to all the guys.

“The powerplay and penalty kill worked well. We scored two PP goals against Fife and two against Devils.”

Cardiff Devils results plus fixtures over the next month: