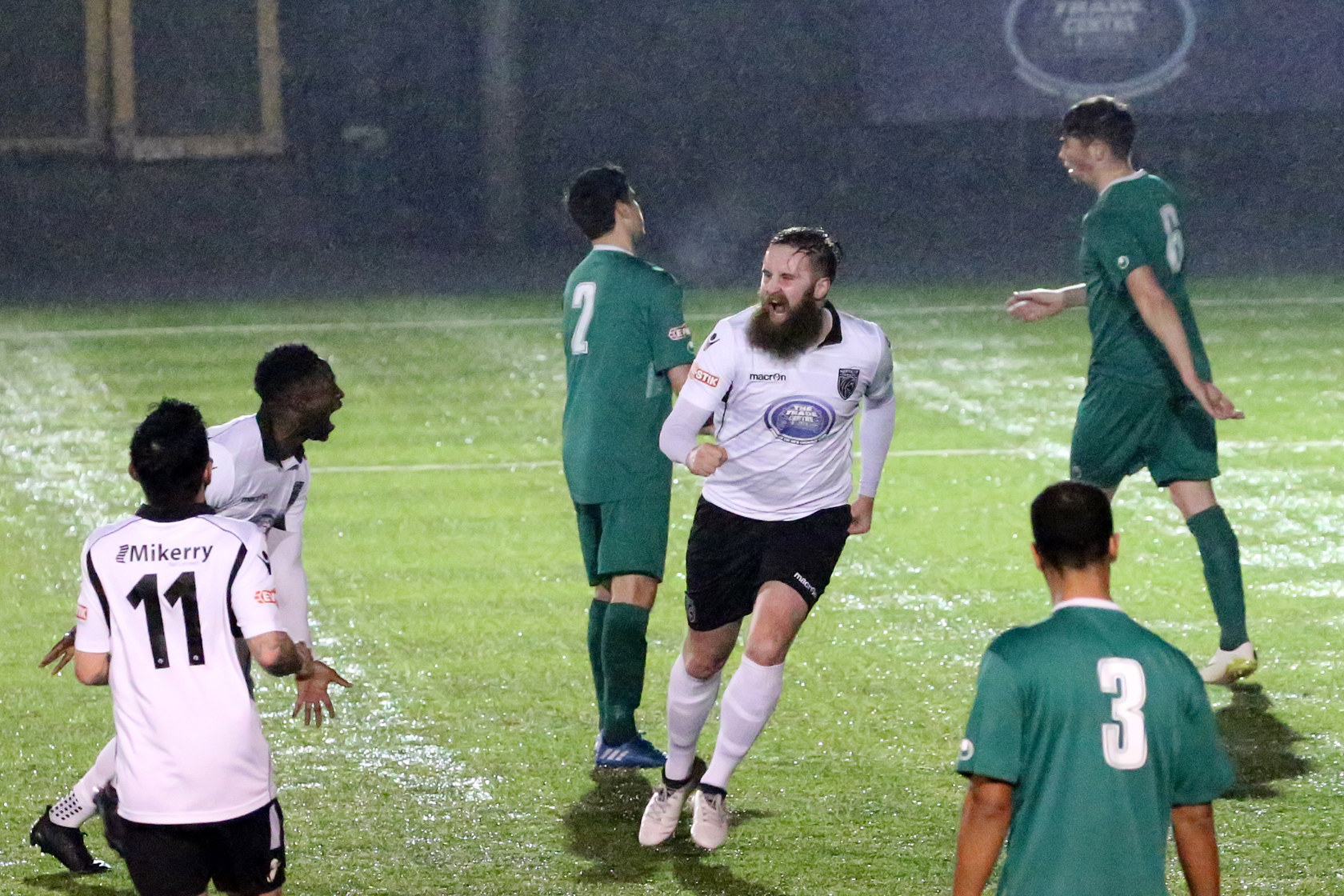 Centre-forward Ryan ‘#FearTheBeard‘ Prosser is back in action and the Martyrs are delighted.

Former Ton Pentre striker Prosser, who is in his 10th season playing for Merthyr Town, has returned from injury and celebrated with a goal.

That took Prosser’s all-time tally for Merthyr to 166 in 343 matches, although his goal was not enough to keep player-manager Gavin Williams’ team in the Emirates FA Cup.

Prosser played for the first time in seven weeks and player-manager Gavin Williams is delighted to see him regain fitness with Gethyn Hill still on the sidelines.

“We had good opportunities and on a different day we could have won.

“We have to take positives from the performance.

“It was great to have Ryan Prosser back after seven weeks out and one training session. He scored with a great finish.

“Owain Jones was sharp when he went on and now we have a week clear from fixtures before playing Walton Casuals away on Saturday.”

The Martyrs were 2-0 down at half-time, but pulled a goal back after 64 minutes when Jamie Veale picked out Prosser’s run and the big man slid the ball past goalkeeper Nial Maher into the corner.

Merthyr went close several times during a second half in which they dominated. Ben Swallow’s free kick was headed out to Eliot Richards and his effort from 25-yards was just wide.

Kyle Patten’s header was cleared off the line before substitute Jones saw his low effort strike a post as Weston held on for victory.

The home team goals were scored by Scott Laird, who netted his 50th goal for Weston, and Sam Hendy.

Laird scored from a last gasp penalty at the MetCoaches Stadium earlier this season, converting a late penalty to earn Weston a 1-1 draw, and he made it two in two games against the Martyrs.

George Dowling’s cross was headed in by Laird after 23 minutes.

Hendy added the second just before half-time after good work from Joel Randall.