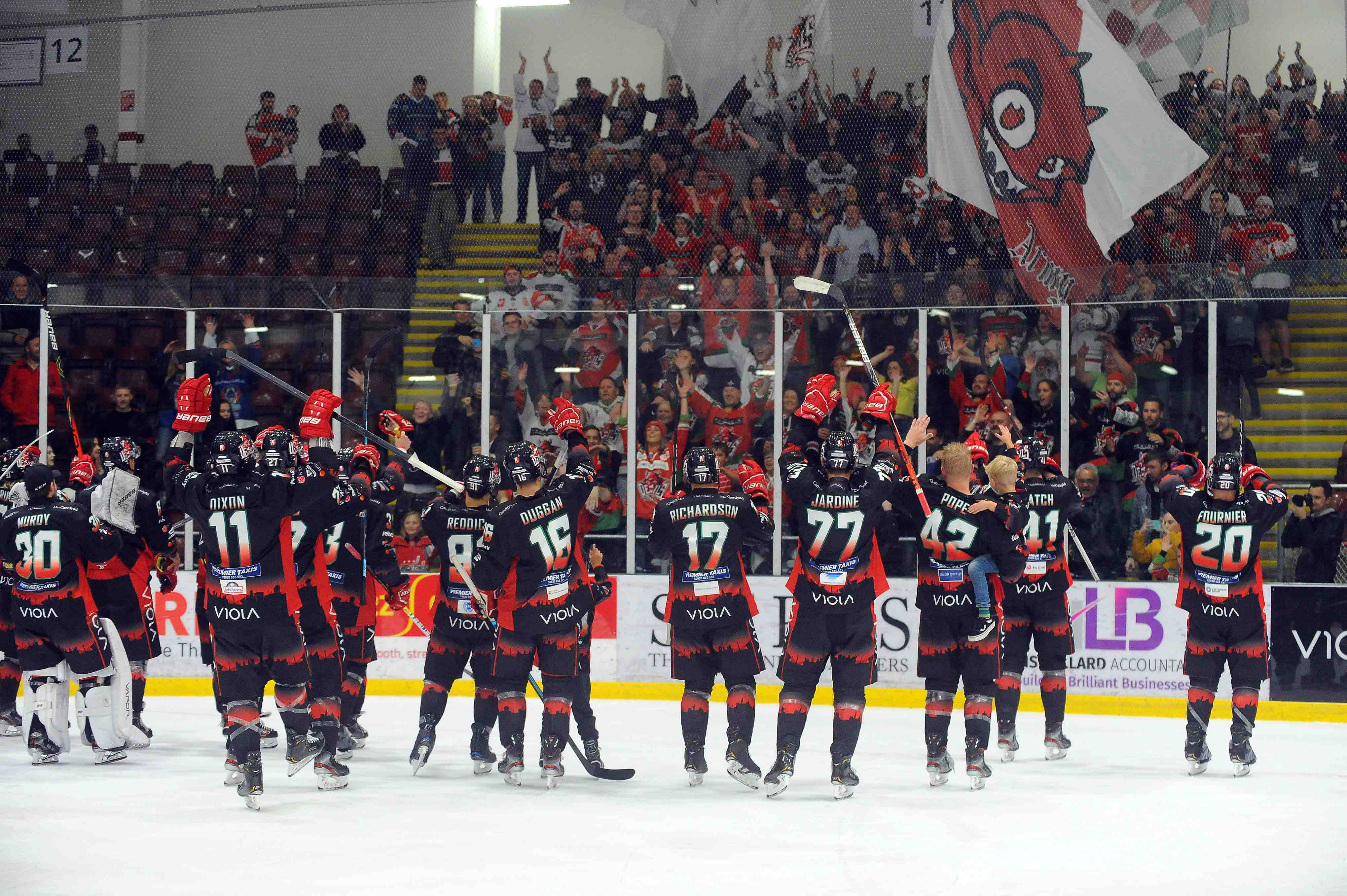 Devils fans stood to honour their team – and captain Joey Martin’s reacted with a five-goal reaction.

An outstanding on-ice performance was matched by a near sell-out crowd supporters in the standing block sang, chanted and drummed through the entire 60 minutes.

“It was unbelievable,” said coach Andrew Lord. “I took a moment at the end and though about how far it’s gone over the last five years.

“It was crazy, like being at a DEL game in Germany. Our thank go out to the fans for all the support and energy.

“It was fantastic that block 13 brought it all night and, in truth, everybody in the arena was awesome.”

Man of the match Martin returned from injury to lead the team, while Blair Riley and Mike McNamee missed the match because of injuries.

Now they travel to play rivals Sheffield Steelers in an Elite League match this afternoon (4pm).

“Steelers have an extremely good team with tons of high level skill,” said Lord. “They have workers, too, and are direct when you consider how skilled they are.

“Sheffield are deep throughout their line-up. It will be a different pace than the game against Coventry, more back and forth. Going into Sheffield is always tough, but it’s a fun night.”

Welshman Jonathan Phillips, a former Devils player, is Steelers captain and says: “This is where we will get a much better idea where we are as a club.

“Devils have been the number one club for three years now. They are the big test for all clubs and we need to be better than we have in the past. “We believe we are, but the proof of the pudding is in the eating. It will also be a home debut for Lucas Sandström, in what will be a tough opening weekend for him.”

Steelers went down in Manchester on Saturday, but will be a major test for Cardiff in their own arena.

Man of the match: Joey Martin

Round two of Panthers v Clan this weekend in Nottingham sees the Panthers entertain the current league leaders – Glasgow went top of the EIHL thanks to Saturday’s win.

Glasgow are aiming for a fourth successive road win.

“I hope the guys have got a good sleep and come ready to work,” says Panthers head coach Tim Wallace. “We have to be better at home. The performance in Glasgow wasn’t good enough.”

Storm are looking to make it a four-point weekend after defeating Sheffield, while Coventry return home from Cardiff after a loss. Blaze have earned only one win in their last six games.

Guildford and Dundee do battle for the second time this weekend. Stars came out on top in Scotland, earning their second league win of the season, while Guildford are in with two other teams with one win to their name.