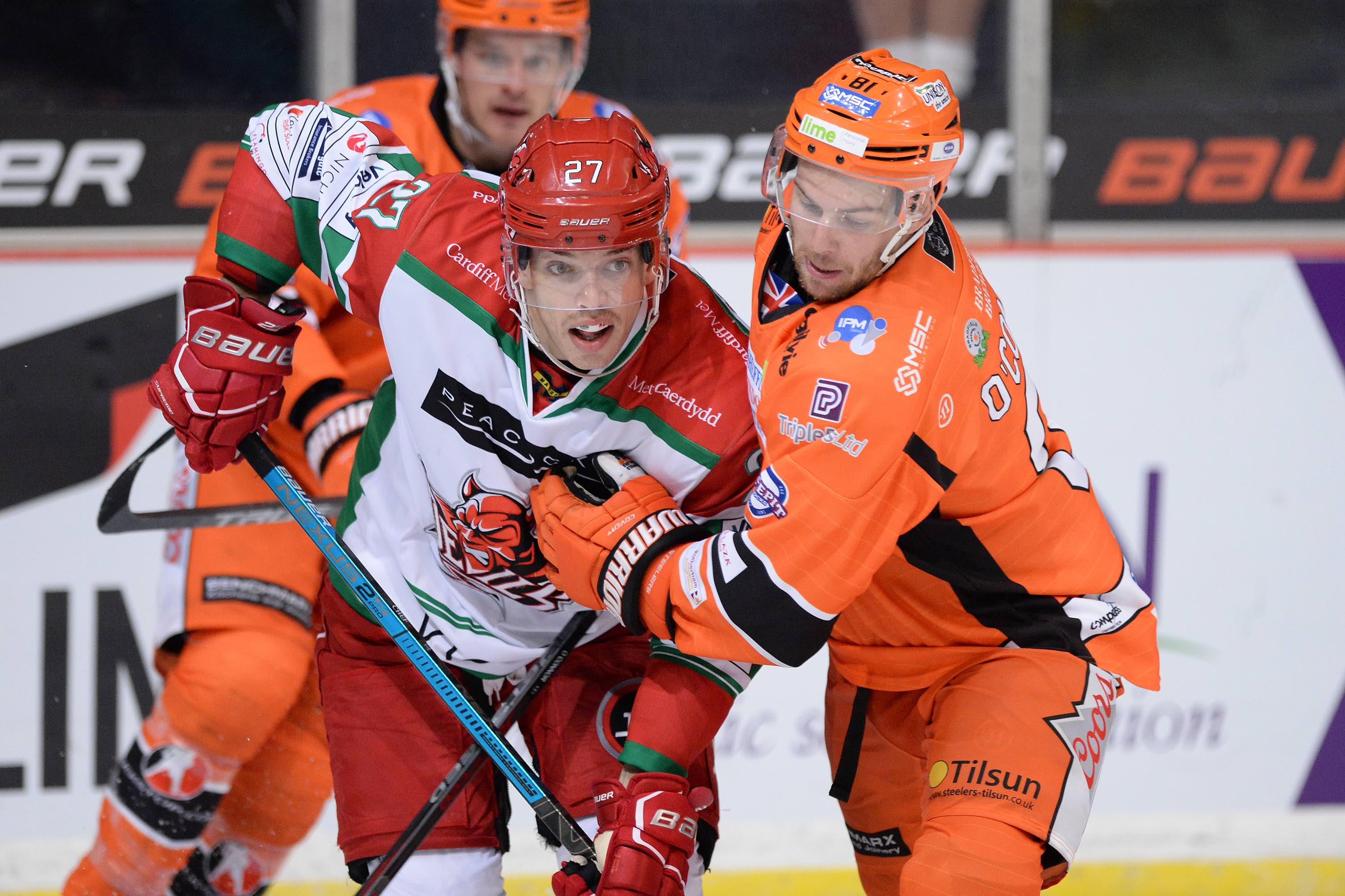 The teams were locked on 2-2 with just over six minutes left in the final period when man of the match Linglet struck and completed a four-point weekend for Devils.

They crushed Coventry Blaze 5-1 in a Challenge Cup group match at the Viola Arena on Saturday and then defeated Steelers in a League clash.

Steelers coach Aaron Fox said his teams performance was ‘our best 60 minutes so far this season’, while Devils’ Andrew Lord said: “It was intense, exciting in some ways.

“There wasn’t too much flow, especially in the third, but it went down to the wire. The final period may be the longest I’ve ever been involved with pucks going over the glass, so many whistles and goalies covering pucks.

“It was hard fought and Sheffield have a ton of offensive firepower. Our penalty kill was big. Finding a way sums it up.”

Fox was left bitterly disappointed by Linglet’s winner, saying: “Cardiff are a good team. They play a big, physical game and we answered the bell.

“I felt the result could have gone the other way.”

Steelers suffered back-to-back defeats over the weekend, having lost at Manchester on Saturday.

They lost defenceman Jonas Liwing in the opening minutes to injury, but the home team outshot Devils 12-5 in the first period.

Ben Bowns and the Devils PK units safely killed the three minor calls on the visitors. Marco Vallerand and Ben O’Connor both created good opportunities, but failed to beat the GB international.

It wasn’t until 28-36 that Haddad scored the opening goal.

The score was still 1-1 going into the final period before, during a 4v4 spell, Sam Jardine tipped in a shot from the blueline (40-29)

Three minutes later Nikolai Lemtyugov took the puck and finished past Bowns on his backhand (43-15).

There were six minutes 21 seconds left when Linglet scored with a clinical finish to put Devils ahead.

Devils follow their back-to-back wins by playing Manchester Storm in an EIHL match at the Viola Arena next Saturday and then travelling to Coventry Blaze in the Challenge Cup.

Only 6 more days until this again. Already pumped. Thinking two blocks. Big week for the off ice staff! https://t.co/xVZi72tIBx