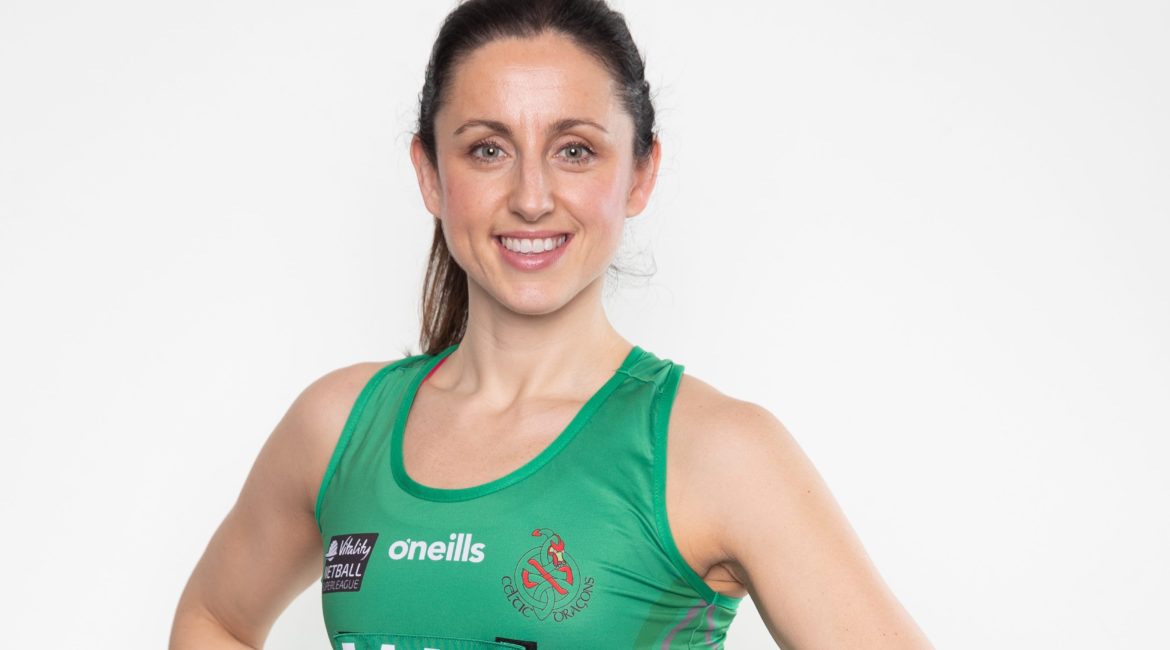 Wales International Suzy Drane has stepped back from Superleague netball.

Suzy Drane has called a halt to her Vitality Netball Superleague playing days after 14 years competing for Celtic Dragons.

St Asaph-born Drane, now a lecturer in Sport Development and Performance Sport at Cardiff Met University, admits it was a difficult decision, but says: “There are other aspirations in my life I would like to explore and now feel it is the right time to explore these.”

The loss of Drane is a blow to Superleague club Celtic Dragons following the departures of Nia Jones and Bethan Dyke to English club Severn Stars plus Australian-born Kyra Jones, who has retired.

Drane will continue to play netball, becoming involved in the English Premier League with Bath Toucans and will compete in international netball.

She made her Wales debut in 2005 and earned her 100th senior cap for Wales when she captained her country against Grenada during the summer and is one of only two players to top the century mark – along with Helen Weston on 111.

Drane, who has played in three World Cups and three Commonwealth Games, is closing in on Weston’s all-time record and could well set a new landmark.

Her family moved from St Asaph to the Chester area in 1997 and they still live in the village of Waverton.

“I had bundles of energy and didn’t want to do my homework. My friends all went and it was a nice way of not doing all English or Maths homework plus having a lot of fun with friends.

“It was outside and I only played indoors when I came to Cardiff Met, or Uwic as it was then. Getting out in the fresh air and running around felt great.

“When my family moved to England I found myself a netball club with the help of a PE teacher who was the local club coach and my inspiration. From that moment it’s history.”

Drane has played for Superleague Celtic Dragons since the club was formed in 2005, playing across mid-court for the franchise over 14 years. There are only three players still playing who have been involved in Superleague from the start Drane is one of those.

She was part of the 2013 squad who reached the grand final and was instrumental in Celtic Dragons’ uplifting season earlier this year where the franchise qualified for Fast5 All-Stars for the first time in.

“This hasn’t been an easy decision for me,” says Drane. “I have so many amazing memories from the past 14 years and would not be the person or netball player I am without the experiences I have had at Celtic Dragons.

“I hope at some point in the future I can be involved in other capacities with Celtic Dragons, but for now I wish the franchise and all those involved the best of luck for the seasons ahead.

“What a journey I’ve been fortunate to be part of. Just some of the positives that stick out for me are seeing the franchise grow from our 2005 debut years, to the final in 2013 and regaining some momentum in the 2018 season.

“A few special thank-yous I want to mention.

“To those who have been involved with the franchise, working tirelessly behind the scenes across the years, the many coaches I have worked with and their management teams.

“All the players I have competed alongside, the Green Army (Oh how it’s grown since 2005) and, of course, a big acknowledgement to my amazing family and friends for their unwavering support over the last 14 years. I could not have done it without them.”

Drane has already branched out into coaching and will continue with that, saying: “My passion is probably people and getting the best out of them on court.

“I can be fiery, but I can also be fun. My ethos is that you have to have fun to play well.

“I have high expect of myself plus the players and like to lead by example. I don’t expect others to do things on court I wouldn’t do myself.”

The 32-year-old, who celebrates her birthday on November 27, is a senior lecturer and coach at Cardiff Metropolitan University, having joined the school in 2011 following the completion of a BSc and MSc in Sport Development, Physical Activity and Health at the Met.

Working alongside the programme director, Drane contributed to the design of a new sport development course and is now a lecturer the university.

“Since the start of Celtic Dragons it’s been a really enjoyable journey. Challenging at times with a couple of career changes plus lots of struggles and lots of highlights.

“I am the only athlete, I believe, to stay at same club over 14 years and that is quite an achievement. Now I want to explore other aspirations with my career, while I am keen to see family and friends a lot more.

“They are up north and the first seven months of any year I tend not to see them because of training, games and more. Now I need to change that a little.”

Sarah Jones, Welsh Netball chief executive, reflected on Drane’s contributions over the last 14 years, saying: “I am sad Suzy will no longer be playing for Celtic Dragons, but I know that this has been an extremely difficult decision for her.

“The impact Suzy has had on the game in Wales, and beyond, through our franchise cannot be measured. She epitomises the never-say-die spirit of the ‘Green Army’.

“I thank her for all she has done for Celtic Dragons and wish her all the best in her next steps.”

While Drane looks to the future, playing for Wales and Bath Toucans, Celtic Dragons are planning for a season without their mid court star plus Kyra Jones, Nia Jones and Dyke.

The new Vitality Netball Superleague campaign starts on Saturday, February 22 with all clubs involved on a big day at Arena Birmingham.