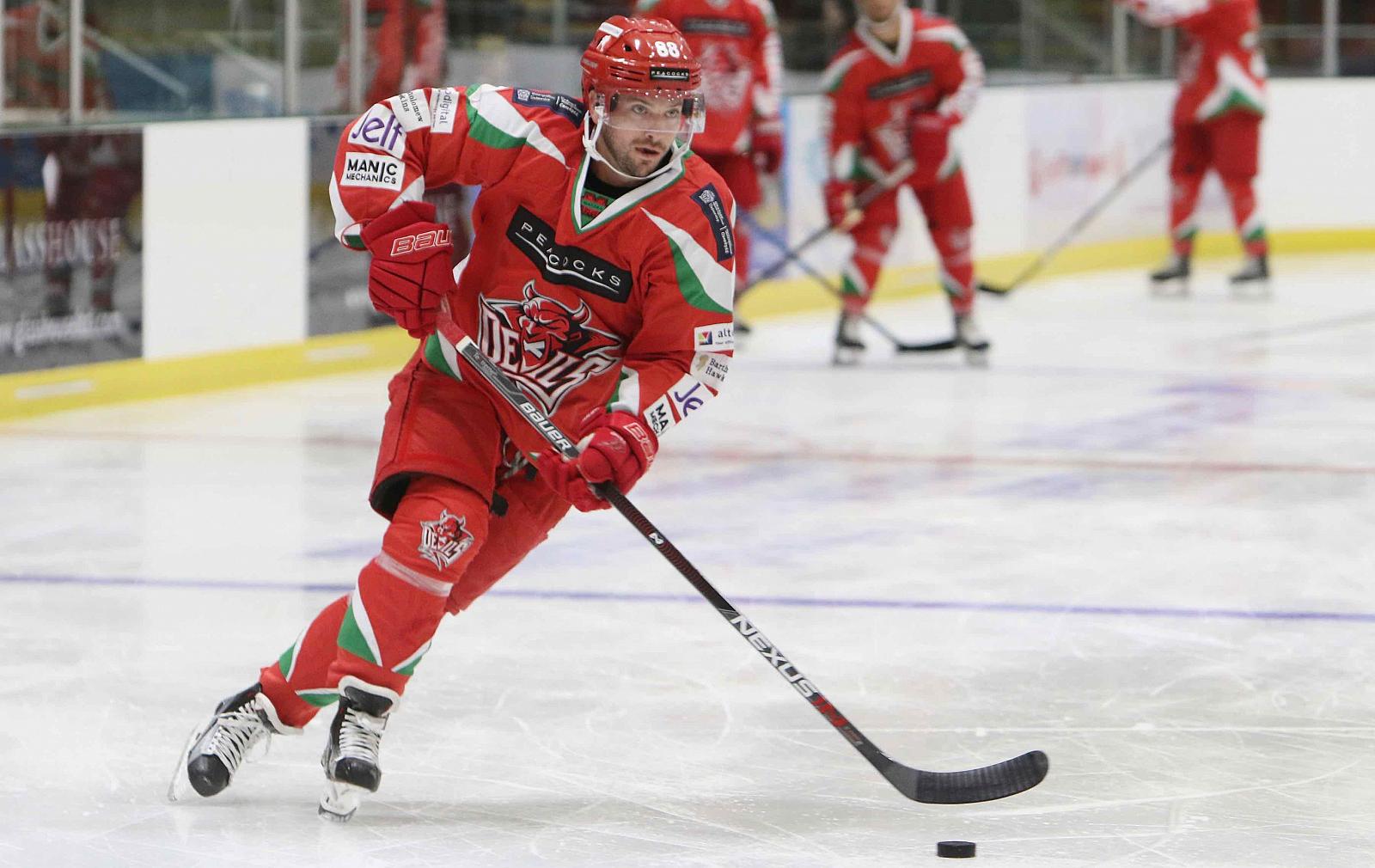 Cardiff Devils know exactly what they have to do against reigning European ice hockey champions Frolunda Indians at the Viola Arena next Tuesday.

A home win in Cardiff Bay could lift Devils back above Swedish title winners Indians and a place in the last 16 knockout stages would be tantalisingly close.

Devils fought hard against a Frolunda team whose sheer depth and quality kept the visitors under pressure for long periods.

Their ability to spring offensive D-men into attack gave Cardiff real problems, a tactic they used no matter who was on the ice.

Goalie Ben Bowns made a series of spectacular saves to frustrate Indians included one during the second period when he was faced by two home forwards, who played tic-tac-toe in front of the Great Britain goaltender.

When Patrik Carlsson finally shot into the empty net from close range it looked a certain goal, but somehow the big goalie threw himself back across the crease and saved with his left arm. Remarkable!

Bowns saved 32 shots in total over the 60 minutes.

Joey Martin took his CHL points tally to 13 in 13 appearances, Bowns, Matt Pope and Mark Louis were among others to shine.

It was always going to be tough playing three-time CHL champions Indians in Gothenburg, but Devils fought tirelessly in front of around 150 travelling fans.

Cardiff were without injured trio Blair Riley, Mike McNamee and Evan Mosey, but Charles Linglet was back in the team after missing Sunday’s match against Coventry.

Indians are an outstanding team and they included 12 players in their line-up who have been drafted in the first five rounds of an NHL pick during their career.

That was the size of the task faced by Devils.

Head coach Andrew Lord ran his bench with every player give ice time. Gleason Fournier spent 23 minutes 26 seconds on the ice, while Sam Jardine was out there for 20-07 and Sean McMonagle played just under 20 minutes.

Devils are now behind Frolunda in the group table, but they must put CHL out of their minds and focus on back-to-back Elite League fixtures before the return game against Indians in Cardiff.

Cardiff play Dundee Stars in Cardiff Bay on Thursday (7.30pm) and then travel to Coventry Blaze on. Sunday (5.30pm). Only after that will Devils refocus on European. Action.