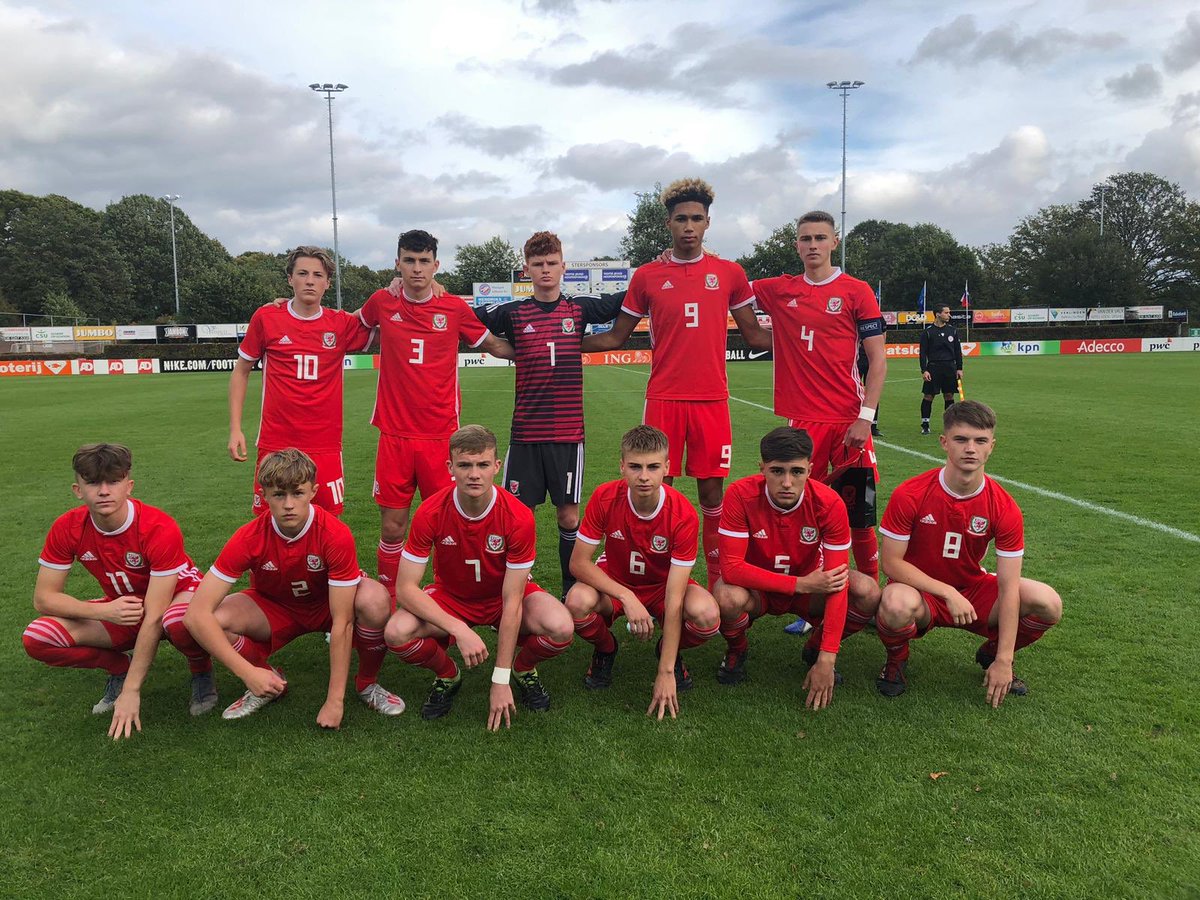 Wales under-17 team pictured before their Uefa match against Slovenia. Pic: FAW.

Jay Williams, a former Newport County defender now playing at Fulham’s academy, scored a dramatic winner for Wales in their Uefa Under-17 Championship qualifier against Slovenia in the Netherlands.

The teams were locked on 0-0 after 90 minutes before 16-year-old Williams netted with Cardiff City’s Taylor Jones providing the assist at the Sportpark Parkzicht, Uden.

Williams played out of the Newport County Academy for three years, while he was involved in first-team pre-season friendlies.

He went out on loan to Cymru League Port Talbot Town during January 2018 before returning to County.

The centre-half signed scholarship forms for Fulham in August and said: “I’m over the moon to sign for such a big club like Fulham.

“Newport are a great club. They did a lot for me over the last three years.”

The next fixture for Wales is against hosts Netherland on Saturday, while they complete their Uefa qualifying fixtures against Kosovo.

Williams winner against Slovenia was a delight for team manager Richard Williams, who was in charge of his first competitive matches as Cymru under-17 manager after being in charge of the under-15 squad.

The top two in every group, along with the four third-placed sides with the best records against the leading pair, will follow top seeds Spain and England into the elite round during March 2020.

The draw will be made on December 3.