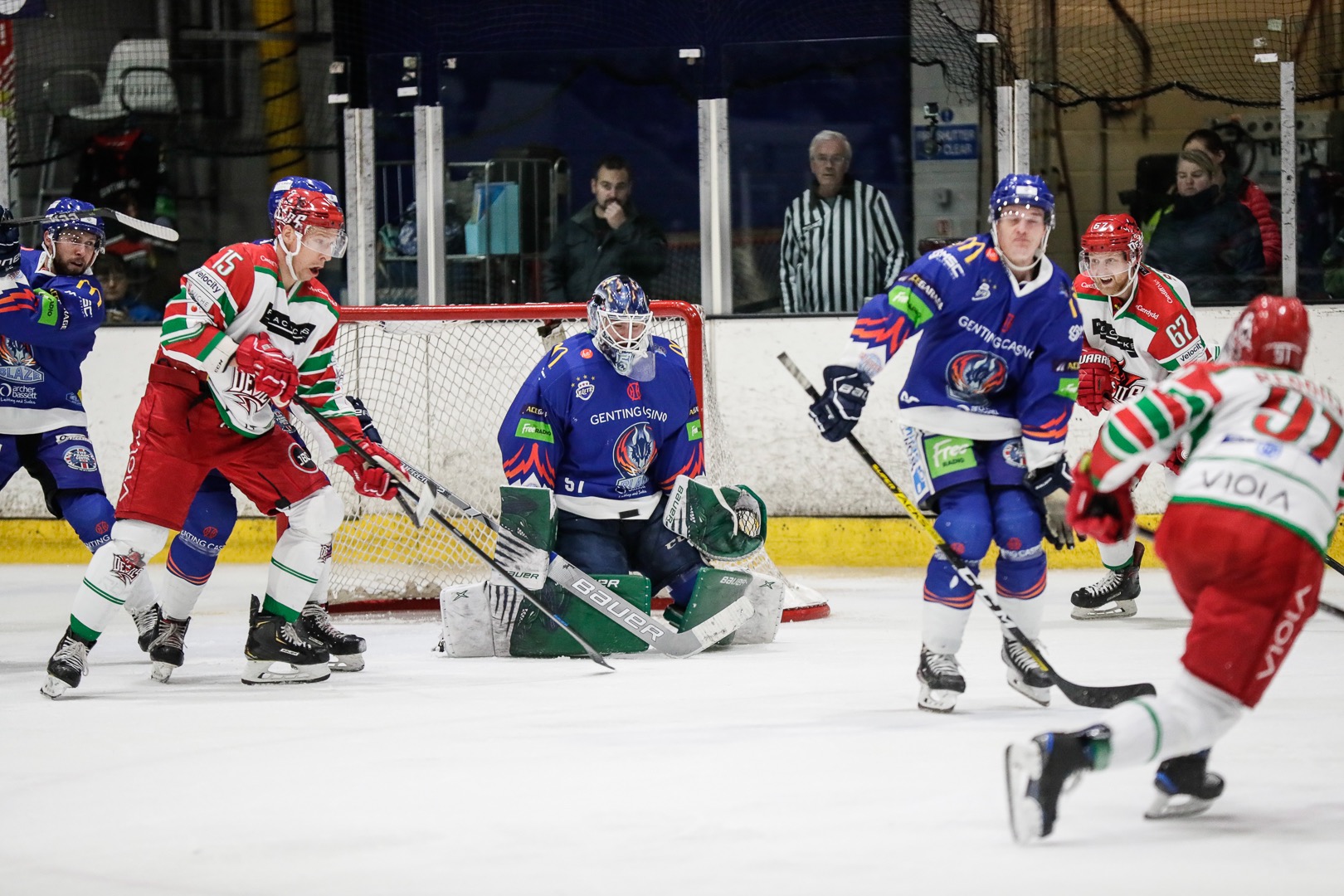 Cardiff Devils are planning for what could be the greatest night in their 33-year history when they take on European champions Frolunda Indians in Cardiff Bay on Tuesday (7.30pm).

A home win against the Swedish title winners could take Devils into the Champions Hockey League last 16.

The return of key forward Blair Riley from injury has been a major boost for Devils and he is likely to line up alongside Stephen Dixon and Charles Linglet against Indians.

“The atmosphere in our rink has turned the corner. The standing area has played a huge part in that and the whole building has been energised.

“It’s a great, fun vibe and the best ticket in town.

“We face an extremely tough challenge against Frolunda and we must be at our absolute best, but we have a chance of making progress to the last 16 and that is where we want to be.

“My message to the fans is ‘let it all hang out’ Go for it.”

Devils won 2-1 in an Elite League match at Coventry Blaze on Sunday with Stephen Dixon and Matias Sointu scoring goals which kept Devils in second place with a game in hand on leaders Glasgow Clan.

“That’s the best we’ve played against Devils, home or away.

“Cardiff play a heavy game. They are well structured and well coached. We created chances, but just couldn’t put them away.”

Devils now turn to their home clash with Champions League holders Frolunda Indians and captain Joey Martin told CHL media: “We need to get pucks off of our zone, be more disciplined, work on our penalty killing and be smarter with the puck.”

Cardiff will qualify for the CHL last 16 if they can earn a regulation time win or an overtime success against Indians and Mountfield HK lose against Graz99ers in regulation or OT.

They hope playing in front of more than 3,000 spectators at their Viola Arena home will lift the Devils players to produce their best performance of the season.

Lord’s men have earned back-to-back Elite League wins following their 9-2 defeat against Frolunda in Sweden when Devils picked up too many penalty minutes and were punished for errors.

They defeated Dundee Stars 8-6, wining the final period 5-1, and then earned a 2-1 victory at Coventry’s Skydome rink on Sunday.

Cardiff had lost 3-1 and 5-1 in Challenge Cup group matches against Coventry away this season, but collected a valuable League win on their latest visit.

Netminder Ben Bowns stopped 33 shots on the night and was named Cardiff’s man of the match with the award presented by Coventry City goalkeeping legend Steve Ogrizovic.

TICKETS FOR ALL DEVILS MATCHES ARE ON SALE NOW: