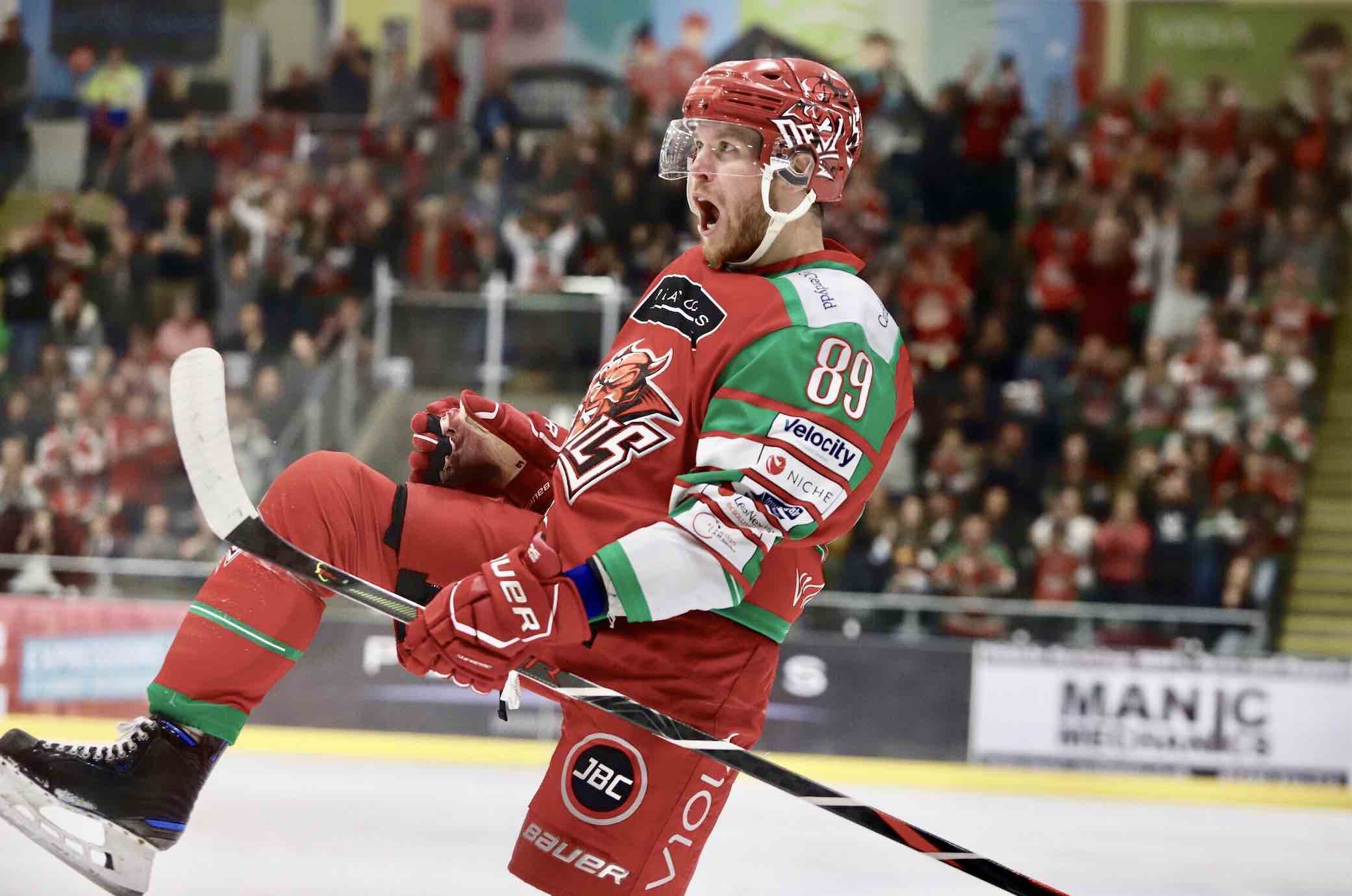 American forward Jake Hansen makes his Nottingham Panthers debut in South Wales on Saturday, aiming to add the spark to fire up their season.

Nottingham have suffered seven successive Elite League and cup defeats, scoring 11 goals and conceding 27, and Hanson says: “Devils are a good test for us and we’re hopeful of coming out with two wins.

“From what I’ve been told the guys have been playing great without winning and I’m hoping to bring that spark to the team.

“There are plenty of good players in Nottingham and I’ll do everything possible to get this going in the right direction.”

The 30-year-old has made more than 100 AHL appearances and has also played in Danish Metal Ligaen (64 games), German DEL (46 games) and Finnish Liiga (92 games).

Cardiff entertain Panthers at the Viola Arena in Cardiff Bay on Saturday and that match is close to a sell-out – or HellOut as the Devils call it.

There were less than 200 tickets left for the fixture when the Viola Arena opened today.

Gui Doucet, a former Devils forward, is now director of hockey for Panthers and told panthers.co.uk: “Everybody knows recent results haven’t been good enough and nobody wants to turn things around and put smiles back on faces more than the guys in our locker room.

“We take on Cardiff twice this weekend and there is no better team for us to show who we really are.

“After some honest conversations the guys can’t wait to get back on the ice and make every supporter proud to be a Panther.”

The teams clash again on Sunday when Devils travel to Nottingham for the return.

Cardiff have a fully fit squad with Mike McNamee and Blair Riley back in action for the Champions League home match against Frolunda Indians in midweek.

Panthers are following the lead of Cardiff Devils, who have organised a standing section to lift big match atmosphere levels to even greater heights.

Nottingham have confirmed they are going to trial a ‘noisy block’ for their Challenge Cup game against Manchester Storm on November 2.

Fans can take drums and flags into the ‘noisy block’, which is for home supporters only.